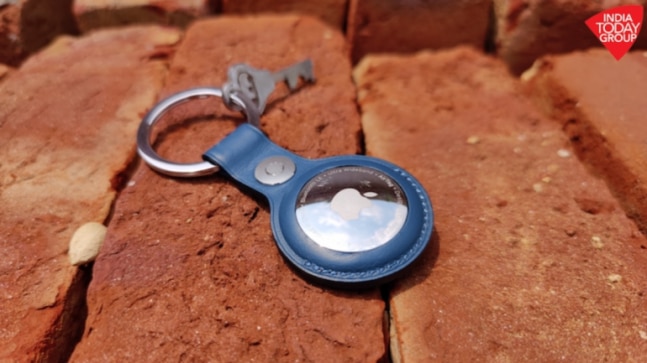 A US-based woman has been accused of killing a man after following him to the bar. The woman reportedly followed the man, who she claimed was her boyfriend, to the bar and ran over him with her car. The woman used an Apple AirTag to track her boyfriend’s movements. She accused him of cheating and then ran over him with her car in a fit of rage. Apple AirTag is a very capable device which can be used to track lost items. However, ever since the device was launched, it has been misused on countless occasions. People have used it to illegally track their partners.

As per Fox News, Twenty-six-year-old Gaylyn Morris told an eyewitness that her boyfriend was cheating on her and she only found about it through an AirTag. She revealed that she followed him using the AirTag. When she reached the bar, she saw him with another woman. An eye witness told the newspaper that she was going to assault the women with an empty wine bottle. Her boyfriend, Andre Smith, tried to intervene when she was about to hit the woman with the wine bottle.

The local police confirmed that Smith died as a result of being intentionally run over. If not for the AirTag, he would probably never get caught.

Earlier in February, Apple announced a slew of updates that will stop unwanted tracking through AirTags. Apple in a blog said that users will now be alerted if an unknown AirTag is traveling with them. Users will also be able to find the AirTag using the tone sequence.

Talking about new updates, Apple said in a blog post, “AirTag was designed to help people locate their personal belongings, not to track people or another person’s property, and we condemn in the strongest possible terms any malicious use of our products. Unwanted tracking has long been a societal problem, and we took this concern seriously in the design of AirTag. It’s why the Find My network is built with privacy in mind, uses end-to-end encryption, and why we innovated with the first-ever proactive system to alert you of unwanted tracking. We hope this starts an industry trend for others to also provide these sorts of proactive warnings in their products.”

Does the Justice Department want to charge Trump?