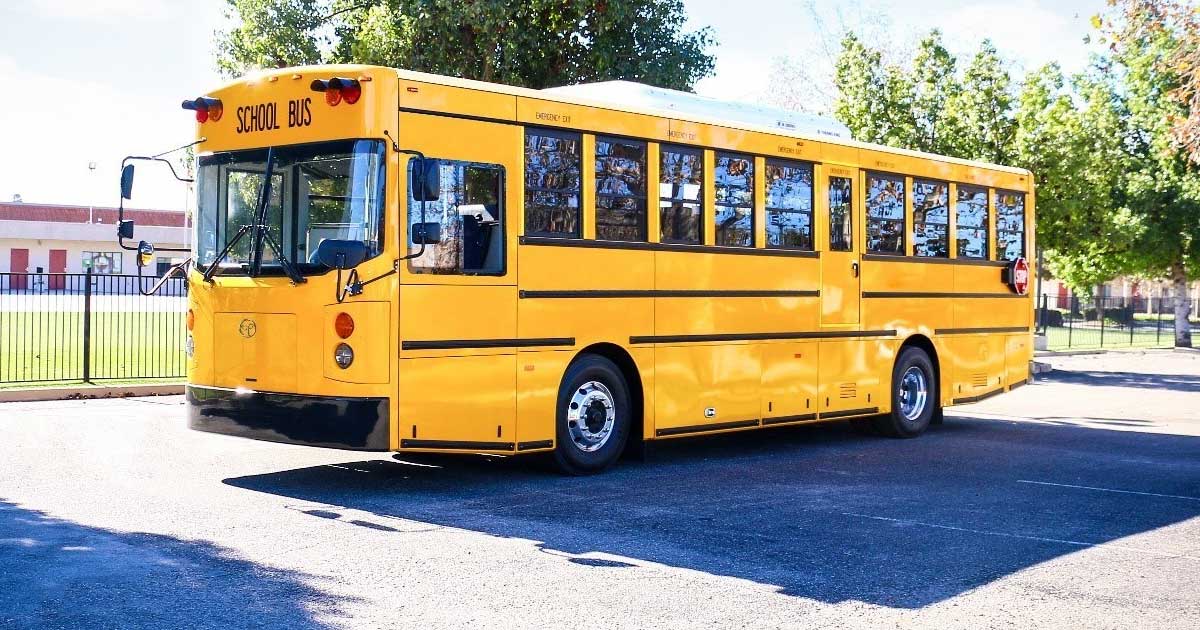 Students from four schools in West Virginia got to ride on an electric school bus for the first time yesterday, in what the Bluefield Daily Telegraph reported is the first bus of its kind to hit the streets in the state.

Students at Princeton Primary, Mercer Elementary, Princeton Middle and Princeton Senior High Schools scored rides on the new bus yesterday, which is supposed to be able to make its entire morning route on one charge. The Telegraph reported that the bus would then be charged during lunch to get ready for its afternoon route.

Toman also said the test run will last six weeks, after which the school district may try to expand its electric fleet with federal dollars from the Environmental Protection Agency (EPA). First, though, the bus will have to perform well on both city and rural roads in Mercer County.

The bus sounds great except for one thing: the electricity it uses, on the West Virginia grid, is generated by coal.

Still, an electric bus with ties to the coal industry is an improvement over buses that run on gasoline. If we’re grading on a curve, we’ll take it.

Timing of NASA’s moon launch may depend on emergency detonation…