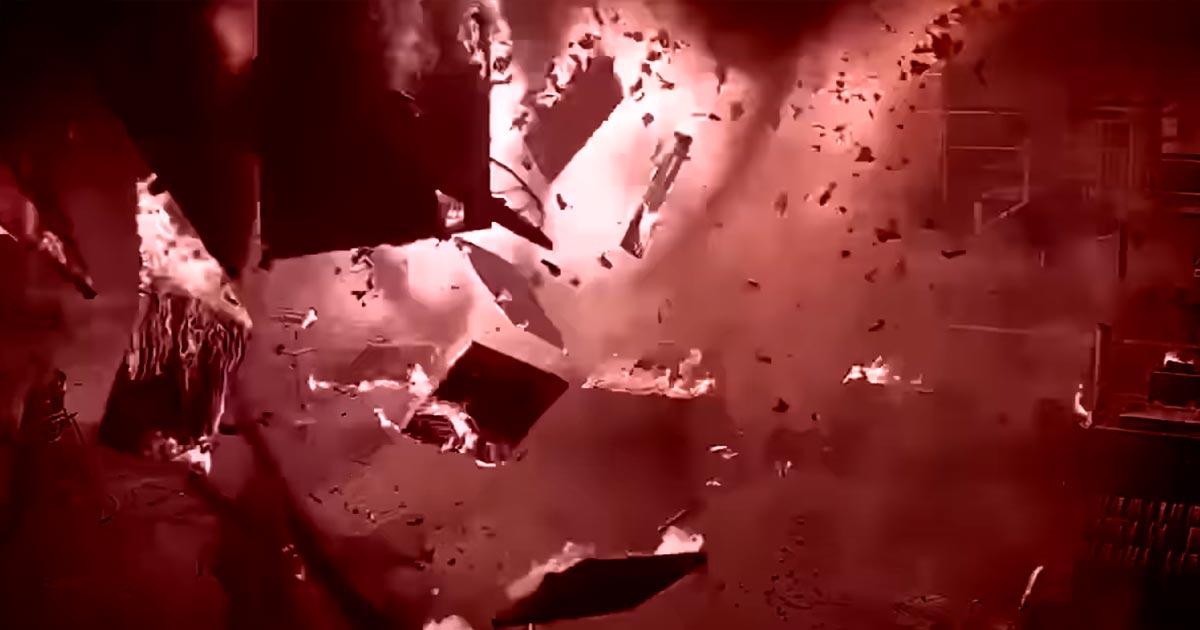 No, this isn’t the plot of the latest season of “Stranger Things.” But it’s does fit the bill for a real-life factory fire that happened in Spain last week.

As reported by Seville’s Canal Sur TV station, this now-viral fire took place inside an aluminum factory in the city of Dos Hermanas — and fortunately, it sounds like no hermanas (or hermanos, for that matter) were harmed in the blaze.

Security camera footage of the massive explosion went viral over the weekend after cybersecurity expert J.D. Christopher tweeted it out, later confirming to the tens of thousands of people who retweeted and commented that nobody was hurt.

In the video, the rapidly-expanding fire broke out after -pressure liquid begins spouting out of a piece of machinery on the assembly line. After that, the entire factory floor becoming a war zone within about 30 seconds, in a genuinely astonishing scene of chaos.

Although no official explanations have yet been given as to the cause of the fire, studies have shown that aluminum is volatile enough that when it catches fire, regular old water can result in devastation — even being implicated by researchers in tragedies including London’s Grenfell Tower fire in 2017 and in the collapse of the World Trade Center in 2001.

We obviously don’t have the full story as to why this factory fire went from zero to 100 real freakin’ quick, but we do have lots of jokes about “Stranger Things,” having a bad day at work, and politics — all with the knowledge that somehow, no one was harmed in this aluminum inferno.

Rapid Ebola diagnosis may be possible with new technology |…