Want to Scare a Male Mouse? Try a Banana 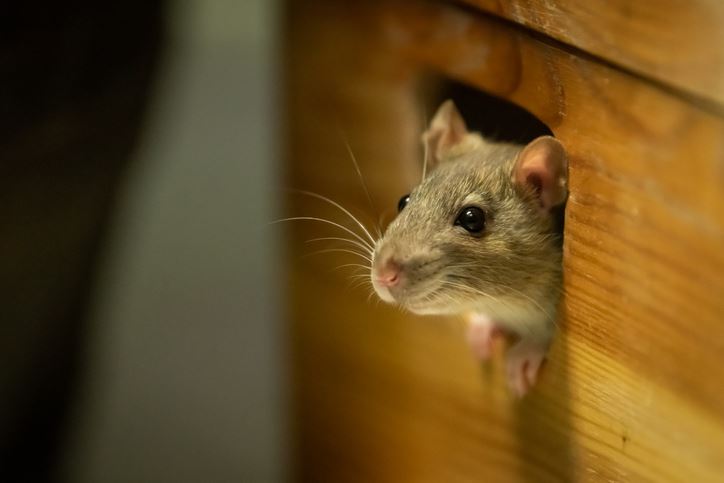 (Newser) – It’s one of the weirder scientific discoveries in a while: Scientists accidentally found that mice are afraid of bananas—but only male mice, and particularly virgins. It seems that bananas give off the same scent that female mice emit when they’re warning males to steer clear of their babies, reports Neuroscience News. Lead author Jeffrey Mogil, a psychology professor at Canada’s McGill University, tells Live Science that the discovery stemmed from a chance observation. “Pregnant females were in our lab for another experiment, and one of our grad students realized that the males began acting weird,” he says.

Researchers began exploring why, and discovered that pregnant and lactating mice have a compound in their urine called n-pentyl acetate, which has a distinctive odor, per IFLScience. When scientists isolated this compound and presented it to males, their stress levels shot up. The effect was especially pronounced in male virgins. The reason? Male mice—particularly those that have not produced offspring—are known to attack and kill infant mice, and the scent appears to be a signal from the females to back off. “It’s the threat of the possible upcoming fight that causes the stress,” says researcher Sarah Rosen of the study in Science Advances.

Exploring further, the researchers exposed the male mice to banana oil extract, because n-pentyl acetate is similarly responsible for bananas’ unique smell. Sure enough, the extract caused the mice to stress out. Given that mice are used so frequently in experiments, the research team says scientists should be aware of such factors and their potential to mess up study results. “Urine scent-marking is well known, but what we’ve found here is a new message that has never been described before in mammals,” Mogil tells Live Science. “The females are telling the males to stay away, otherwise be prepared for me to beat the crap out of you if you touch my pups.” (Read more mice stories.)

High prices push Biden to focus on economy this June