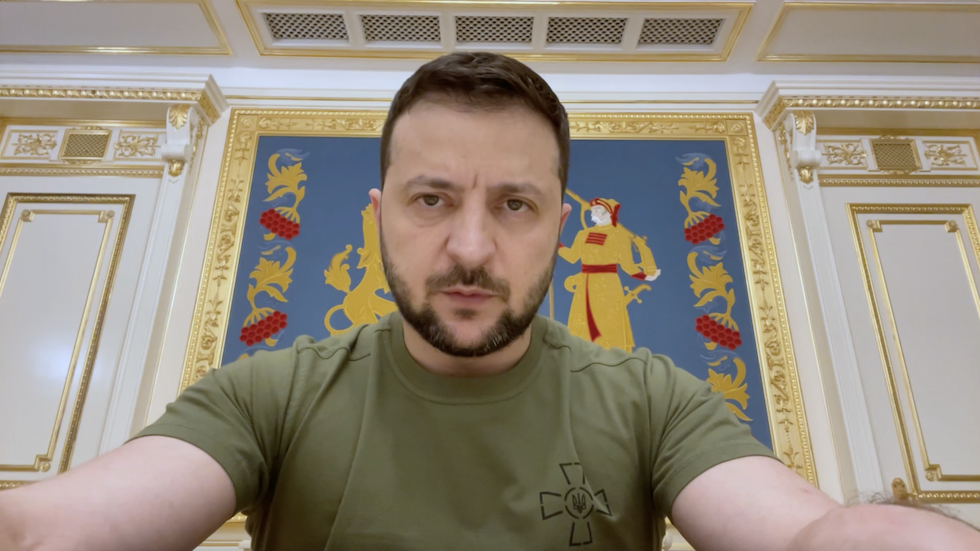 Ukrainian officials on Saturday pushed back against President Biden’s claim that Ukrainian President Volodymyr Zelensky brushed off U.S. warnings of an impending Russian invasion before the start of the Russia-Ukraine war.

Responding to Biden’s comment during a Democratic fundraiser Friday evening that Zelensky “didn’t want to hear” warnings from the U.S., a spokesman for the Ukrainian president said that “the phrase ‘did not want to hear’ probably needs clarification.”

Spokesman Sergei Nikiforov told Ukrainian news outlet LIGA.net that the two leaders spoke over the phone “three or four” times leading up to Russia’s invasion of Ukraine in late February, saying that Biden and Zelensky exchanged “detailed” assessments of the relationship between Ukraine and Russia.

“In addition, if you remember, the President of Ukraine called on partners to impose a package of preventive sanctions to encourage Russia to withdraw troops and de-escalate the situation. And here we can say that our partners ‘did not want to hear us,’” said Nikiforov.

Ukrainian presidential adviser Mykhailo Podoliak corroborated Nikiforov’s claims that Zelensky was consistently presented with complicated evidence regarding Russia’s intentions and criticized Biden for putting “blame” on Ukraine over the situation.

“And finally, the key, I think it is pointless to blame the country, which is more than 100 days a full-fledged war against a much more resourceful opponent, if key countries have failed to prevent the militaristic appetites of the Russian Federation, knowing them well,” Podoliak said, according to independent Russian outlet Interfax.

“Undoubtedly, the volume of the invasion, which we saw on February 24, shocked many countries, including our partners,” added Podoliak, arguing that Ukraine was equally as aware of Russia’s threat as its Western allies.

He added: “Volodymyr Zelensky constantly had an analyst on the table based on high-quality intelligence. The President also responded carefully to all the words and warnings of our partners. The question was always: what will be the scope of the invasion?”

Athens Research and Technology, Inc. recognized as Exporter of the…

Putin has Ukraine War ‘hunger plan’ to destabilize EU with…