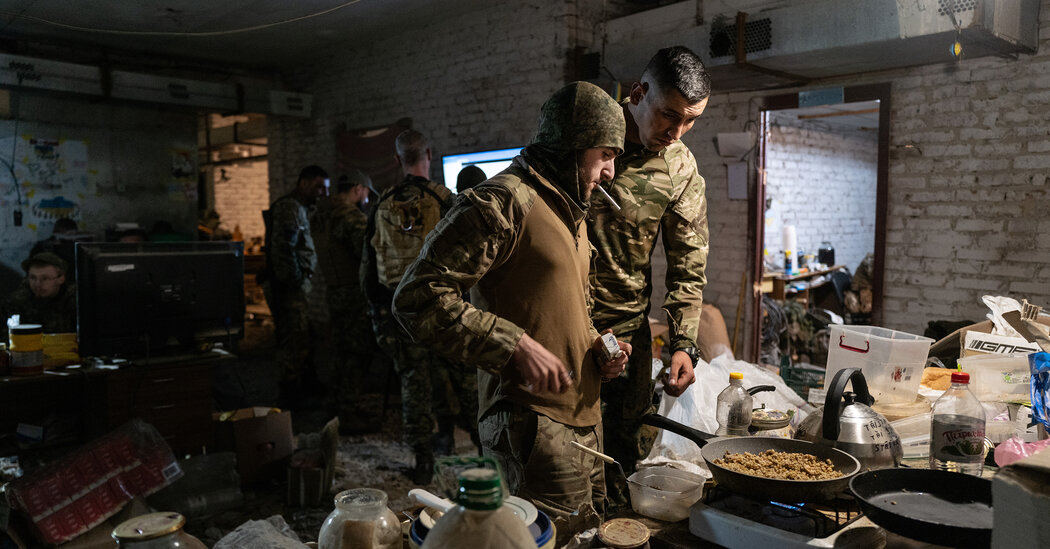 Up to now, the United States and its European allies have maintained a united front against Russia’s invasion of Ukraine. But two and a half months into the war, some signs of friction are beginning to emerge.

They center on the American determination, which has grown with Ukrainian military successes, to ensure the conflict weakens Russia “to the degree that it can’t do the kinds of things that it has done in invading Ukraine,” as Defense Secretary Lloyd J. Austin III put it last month.

European powers, by contrast, do not want a long war of attrition that risks escalation or what they believe could be a dangerous humiliation of Russia. They are more focused on securing a cease-fire in Ukraine and a Russian troop withdrawal, at least to the Feb. 23 lines that existed before the war began. They believe it is critical to maintain a diplomatic dialogue with President Vladimir V. Putin of Russia.

“We must, together, never cede to the temptation of humiliation, nor to a spirit of revenge, because they have already, in the past, ravaged the paths of peace,” President Emmanuel Macron of France said this week in a speech in Strasbourg.

He added: “We are not at war with Russia. We are working in Europe for the preservation of the sovereignty and territorial integrity of Ukraine, and for the return of peace on our continent.”

A diplomatic official close to Mr. Macron, who requested anonymity in keeping with French government practice, described the evolving American position as consisting essentially of arming Ukraine to the hilt and maintaining sanctions on Russia indefinitely. This was for the French a source of some frustration.

France, he said, wants to push hard for negotiations because there is no other way to secure Ukrainian security and strategic security on the European continent.

The official said that in the end, a relationship with Mr. Putin was unavoidable.

Mario Draghi, the Italian prime minister, seemed intent on voicing a similar line after a meeting on Tuesday with President Biden in Washington.

“We must support Ukraine,” Mr. Draghi said. “But we must also start talking about peace.” He added: “All parties must make an effort to sit around a table, even the United States.”

Mr. Draghi continued: “We must not try to win, the victory is not defined. For Ukraine it means rebuffing the invasion, but for others?”

The thrust of European powers — at least those not in the immediate vicinity of Russia like Poland and the Baltic States — is that the defense of Ukraine must not mutate into the pursuit of a crushing victory over Mr. Putin’s Russia.

The United States, however, appears to see little chance for diplomacy at present. Avril D. Haines, the U.S. director of national intelligence, told the Senate Armed Services Committee this week that Mr. Putin was “preparing for a prolonged conflict in Ukraine during which he still intends to achieve goals beyond the Donbas.”

Ms. Haines said American intelligence agencies did not believe that Moscow could exert control over the Donbas region, in eastern Ukraine, and the buffer zone Russia wants to establish — across Ukraine’s Black Sea Coast all the way to the Transnistria region of Moldova — in the coming weeks. But she said the Russian leader was pursuing a longer-term aim.

“Putin most likely also judges that Russia has a greater ability and willingness to endure challenges than his adversaries,” Ms. Haines said. “And he is probably counting on U.S. and E.U. resolve to weaken as food shortages, inflation and energy prices get worse.”

Her assessment made no mention of possible cease-fires, Russian troop withdrawals, diplomacy, or potential Ukrainian neutrality and the security guarantees the government in Kyiv would need from Western powers for that.

These are subjects that intensely interest France, Germany, Italy and other European states that are closer to the war than the United States.

Many Sri Lankans flee capital as political leaders meet to…