Ukraine keeps up counterattack to north of Kharkiv, Britain says 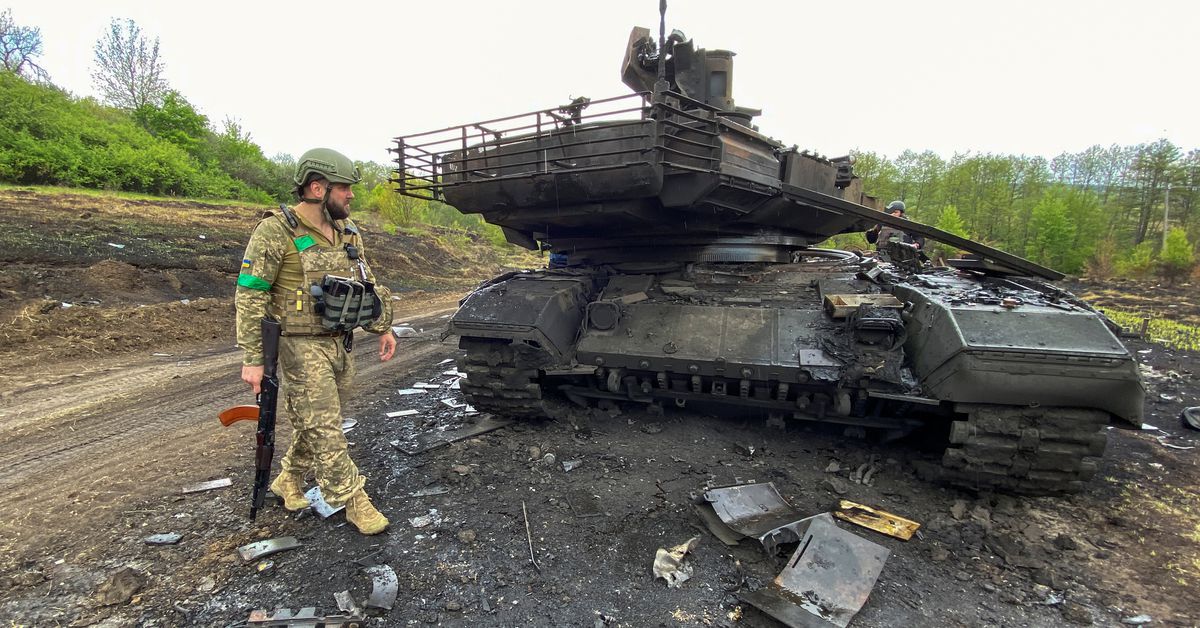 Ukrainian serviceman walks next to a destroyed Russian main battle tank T-90M Proryv, as Russia’s attack on Ukraine continues, near the village of Staryi Saltiv in Kharkiv region, Ukraine May 9, 2022. REUTERS/Vitalii Hnidyi/File Photo

May 12 (Reuters) – Ukrainian forces are keeping up a counterattack to the north of the second largest city of Kharkiv and recapturing several towns and villages toward the Russian border, Britain said on Thursday.

Russia has reportedly withdrawn units from the area and the forces are likely to redeploy after replenishing the losses to the eastern bank of the Siverskyi Donets river, the British defence ministry said in a regular Twitter bulletin.

On Wednesday, Ukraine said it had pushed back Russian forces in the east to recapture Pytomnyk, a village on the main highway north of Kharkiv, about halfway to the Russian border. read more

Reporting by Tanvi Mehta in Bengaluru; Editing by Clarence Fernandez

Many Sri Lankans flee capital as political leaders meet to…