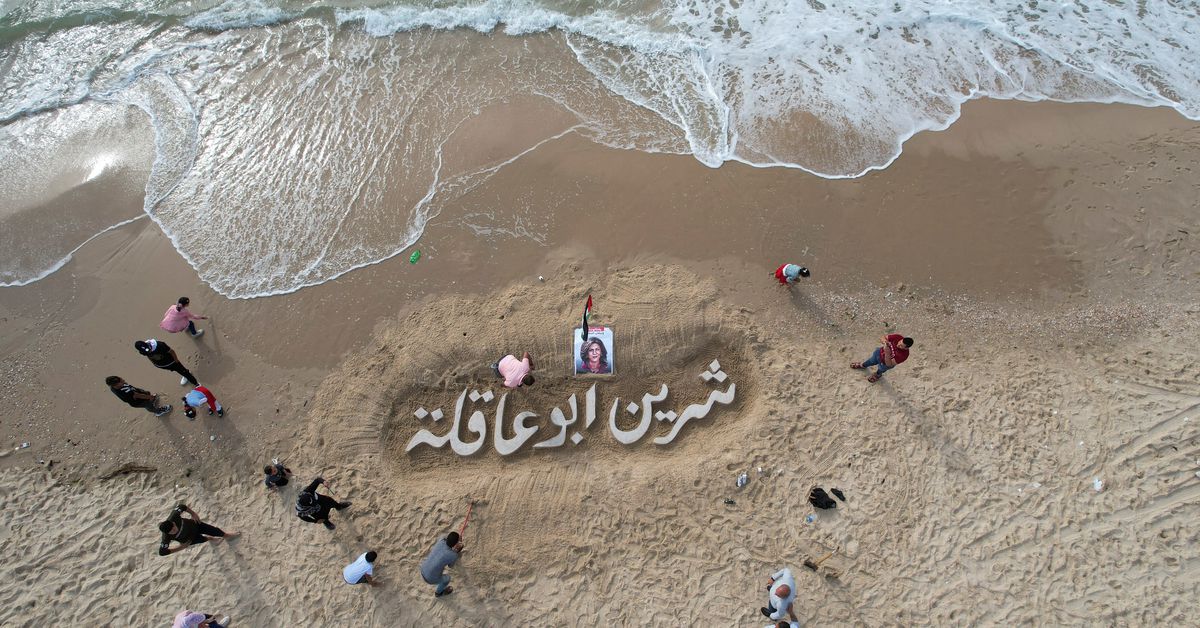 A sand sculpture reads “Shireen Abu Akleh”, for the Al Jazeera reporter who was killed in an Israeli raid in the Israeli-occupied West Bank, on a beach in Gaza City May 11, 2022. REUTERS/Mohammed Salem

WASHINGTON, May 11 (Reuters) – The U.S. State Department said on Wednesday that Israel was capable of conducting a thorough investigation into the death of Shireen Abu Akleh, a prominent Palestinian-American Al Jazeera reporter shot dead during an Israeli raid.

“The Israelis have the wherewithal and the capabilities to conduct a thorough, comprehensive investigation,” department spokesman Ned Price told a news briefing.