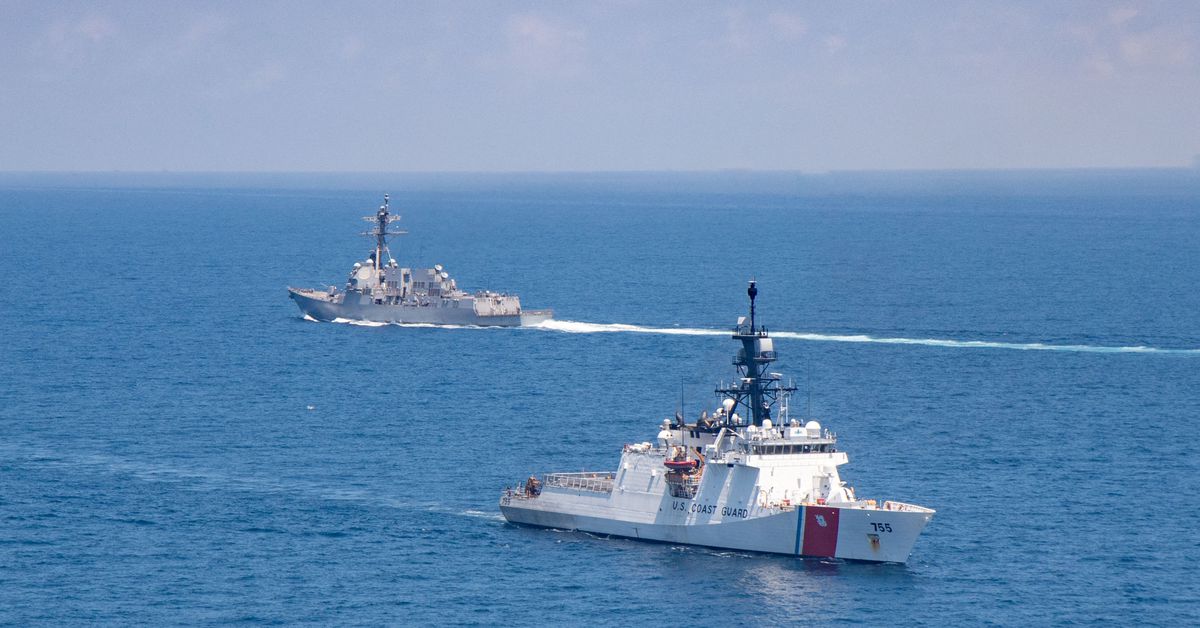 WASHINGTON, June 14 (Reuters) – The United States on Tuesday backed Taiwan’s assertion that the strait separating the island from China is an international waterway, a further rebuff to Beijing’s claim to exercise sovereignty over the strategic passage.

The Taiwan Strait has been a frequent source of military tension since the defeated Republic of China government fled to Taiwan in 1949 after losing a civil war with the communists, who established the People’s Republic of China.

In recent years, U.S. warships, and on occasion those from allied nations such as Britain and Canada, have sailed through the strait, drawing Beijing’s anger.

On Monday, China’s Foreign Ministry said the country “has sovereignty, sovereign rights and jurisdiction over the Taiwan Strait” and called it “a false claim when certain countries call the Taiwan Strait ‘international waters’.”

The world has “an abiding interest in peace and stability in the Taiwan Strait, and we consider this central to the security and prosperity of the broader Indo-Pacific region,” Price added.

He reiterated U.S. concerns about China’s “aggressive rhetoric and coercive activity regarding Taiwan” and said the United States “would continue to fly, sail and operate wherever international law allows, and that includes transiting through the Taiwan Strait.”

On Wednesday, Taiwan Premier Su Tseng-chang said the strait was by “no means China’s inland sea”.

“China’s ambition to swallow up Taiwan has never stopped or been concealed; the Taiwan Strait is a maritime area for free international navigation,” he told reporters.

China’s Taiwan Affairs Office said the government in Taipei was “cooperating with external forces to hype up the issue”.

China has never renounced the use of force to bring Taiwan under its control and views the island as an inherent part of Chinese territory.

Taiwan says China has no right to speak for it or claim sovereignty, saying only Taiwan’s people can decide their own future and that the People’s Republic of China has never controlled any part of the island.

A Striking Contrast: Trump Officials Then and Now

Strawberry Supermoon brightens sky, is lowest full moon of the…