To prevent a Martian plague, NASA will build a very special lab in Utah 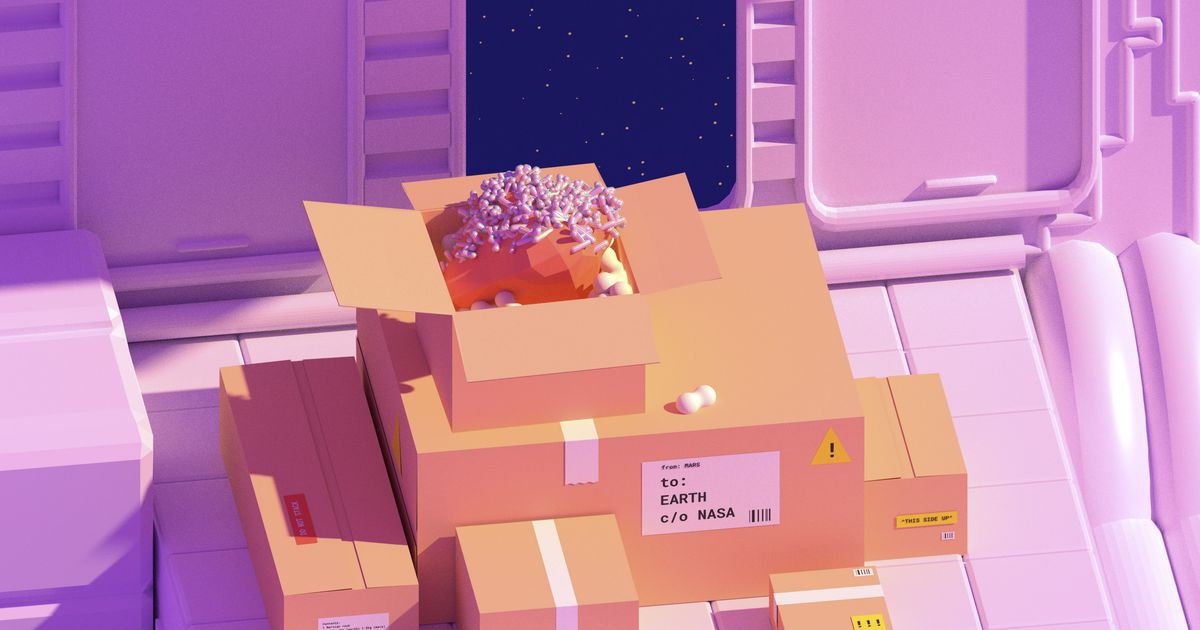 When Carl Sagan imagined sending humans to Mars in his book “The Cosmic Connection,” published in 1973, he posed a problem beyond such a mission’s cost and complexity: the possibility that life already existed on the red planet and that it might not play nice.

“It is possible that on Mars there are pathogens,” he wrote, “organisms which, if transported to the terrestrial environment, might do enormous biological damage — a Martian plague.”

Michael Crichton imagined a related scenario in his novel “The Andromeda Strain.”

Such situations, in which extraterrestrial samples contain dangerous tagalong organisms, are examples of backward contamination, or the risk of material from other worlds harming Earth’s biosphere.

“The likelihood that such pathogens exist is probably small,” Sagan wrote, “but we cannot take even a small risk with a billion lives.”

Scientists have long considered Sagan’s warnings in mostly hypothetical terms. But over the approaching decade, they will start to act concretely on backward contamination risks. NASA and the European Space Agency are gearing up for a shared mission called Mars Sample Return. A rover on the red planet is currently scooping up material that will be collected by other spacecraft and eventually returned to Earth.

With such concerns in mind, NASA must act as if samples from Mars could spawn the next pandemic. “Because it is not a zero-percent chance, we are doing our due diligence to make sure that there’s no possibility of contamination,” said Andrea Harrington, the Mars sample curator for NASA. Thus, the agency plans to handle the returned samples similarly to how the Centers for Disease Control and Prevention handles Ebola: carefully.

“Carefully,” in this case, means that once the Mars samples drop to Earth, they must be initially held in a structure called the Sample Receiving Facility. The mission’s planners say the structure should meet a standard known as “Biosafety Level 4,” or BSL-4, which means it is capable of safely containing the most dangerous pathogens known to science. But it also has to be pristine: functionally, a giant cleanroom that prevents substances on Earth from contaminating the samples from Mars.

The agency has little time to waste: If the sample return mission occurs on time — admittedly a big “if” — Mars rocks could land on Earth by the mid 2030s. It could take about as much time to build a facility that can safely contain the Martian materials, and that is if it is built on schedule, without disruption from political or public challenges.

Because no existing lab was both contained and clean enough for NASA, four scientists, including Dr. Harrington, went on a tour of some of the planet’s most dangerous facilities. She was joined by three colleagues, and they called themselves “NASA Tiger Team RAMA.” While this moniker sounds like the name of a military scouting party, it is an acronym out of the first names of the team members — Richard Mattingly of NASA’s Jet Propulsion Laboratory; Andrea Harrington; Michael Calaway, a contractor for the Johnson Space Center; and Alvin Smith, also of the Jet Propulsion Laboratory.

The group visited hot spots like the National Emerging Infectious Diseases Laboratories in Boston, the U.S. Army Medical Research Institute of Infectious Diseases at Fort Detrick in Maryland, and the Centers for Disease Control and Prevention’s ominously and vaguely named Building 18 in Atlanta.

In total, the team visited 18 facilities that handled biological horrors, maintain ultra-cleanrooms or manufacture innovative equipment for either purpose. Members hoped to figure out what has worked at existing labs and what a NASA facility could appropriate or optimize to keep humanity safe.

To scientists like Harrington, the hurry and hurdles are worth it. “This will be the first sample return mission from another planet,” she said. The first time another world has met humans, in other words, because humans introduced them.

Materials from around the solar system have come to Earth for study before: moon rocks and dust from American, Soviet and Chinese missions; samples from two asteroids collected by Japanese probes; and particles from solar wind and a comet gathered by spacecraft. But Mars presents what NASA deems “significant” backward contamination risk, so samples from the red planet fall under a legal category called “Restricted Earth-Return.”

“We have to treat those samples as if they contain hazardous biological materials,” said Nick Benardini, the planetary protection officer at NASA. Benardini oversees policies and programs that try to prevent Earth’s microbes from contaminating planets or moons in our solar system and extraterrestrial material from hurting Earth.

John Rummel, who served two stints in the office between 1987 and 2008, thinks it is right for the space agency to take the risks seriously, even if they are slim and seem like science fiction. “There are significant unknowns with respect to the biological potential,” he said. “A place like Mars is a planet. We don’t know how it works.”

Part of the point of Mars Sample Return is, of course, to figure out how the planet works — something that cannot be properly done on site because scientists and their myriad instruments cannot travel there yet. The mission has already begun. NASA’s Perseverance spacecraft, which arrived on Mars in 2021, is gathering and caching samples for future pickup. The samples will then be shuttled by the same rover or a robotic helicopter to a lander with a rocket. The rocket will then shoot them to Mars orbit, where a European-built spacecraft will catch the material and fly it back toward Earth.

Once the spacecraft approaches this pale blue dot, optimistically in 2033, the samples will fall to the desert of the expansive Utah Test and Training Range, Earth’s own Martian landscape. Then, scientists can study the samples with the heavy instrumentation that Earth labs allow.

Tiger Team RAMA’s job was to figure out how to make the risk of contamination more of an opportunity than a problem. Their goal was to research what existing contained and clean facilities offered and what the space agency might have to invent.

“We wanted to understand what the state of the state was,” Harrington said.

To find out, the team visited seven high-containment labs in the United States, one in Britain and one in Singapore as well as super-clean space labs in Japan and Europe. They also visited manufacturers of equipment in these facilities, and those of modular labs.

The biggest technological challenge is that the Sample Receiving Facility must meet two crossed purposes. “Earth doesn’t touch the sample,” Meyer said. That is the goal of a pristine, clean facility: Keeping substances on Earth from contaminating Martian materials and from giving false signals to scientific studies.

“And the samples don’t touch Earth,” he continued — the backward contamination. The function of a high-containment lab: keeping what is inside, inside.

Cleanrooms require positive air pressure, which means the pressure inside is higher than that outside. Air always flows, then, from the inside to the outside — from higher pressure to lower pressure. It’s just what air does, because physics. Particles are forced out, but do not force their way in.

High-containment labs, though, work the opposite way. They maintain negative air pressure, with lower pressure inside their walls than outside. Particles can waft in, but they cannot sneak out.

NASA needs both positive-pressure space to keep the samples clean and negative-pressure space to keep the samples contained. It is hard to integrate those conditions into the same physical space. It may require creative, concentric structures and sophisticated ventilation systems. No lab on Earth has done it at the scale Mars Sample Return requires because no lab has ever needed to. “We’re not surprised that this doesn’t exist,” Harrington said.

The best Tiger Team RAMA could do was to see how clean and contained facilities had kept themselves that way and to hope to determine how to best combine them.

Inside the BSL-4 labs the team visited, high efficiency particulate air, or HEPA, filters were ubiquitous. The team learned about sterilization practices, like bathing instruments in gaseous hydrogen peroxide vapors, which killed contaminants on a surface. Work still must be done to find the right way to sterilize the alien material. “Research to understand decontamination, in the context of these samples, is currently underway,” Harrington said.

In the end, the team presented a few possibilities to NASA of what shape a Mars sample facility could take: The agency could alter an existing BSL-4 lab to be more pristine. Or, likely requiring more money and time, the agency could build a new brick-and-mortar facility from the Earth-ground up, uniquely designed for its purposes. NASA is also considering middle-ground options, like building a cheaper, modular high-containment facility and plunking it within a harder-shell building.

“There’s a lot that is still on the table that we’re looking at,” Harrington said.

Whatever NASA decides, the team’s investigation suggested that the process of designing and building a sample study site could take 8 to 12 years — pushing up against the timeline for the actual sample return. Given that, team members recommended that NASA spool up certain plans approximately now.