These ant queens live 500% longer than workers. Now we know why. 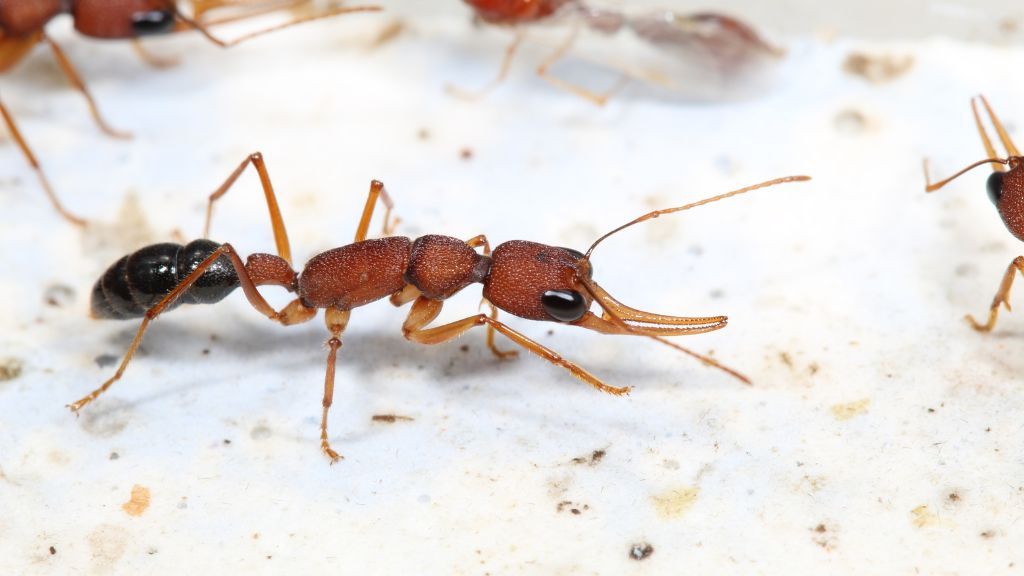 How far would you go to increase your life span by 500%? One ant species engages in brutal colony-wide brawls to replace recently deceased queens — and the victor not only gains the throne, but also gets a dramatic boost to their longevity.

Upon the death of a queen, Indian jumping ants (Harpegnathos saltator) battle to see which worker will take the queen’s place. Winning the crown means more than pumping out eggs — it also means living 500% longer than the average worker. Now, scientists may have pinpointed how substitute queens slow their aging.

The secret lies in a protein called Imp-L2, which counteracts some of the effects of insulin in the substitute queen ant’s body, according to a new study, published Thursday (Sept. 1) in the journal Science (opens in new tab).

In general, the hormone insulin helps direct sugar from the circulatory system into cells, where it can be used for fuel. The substitute queens — officially known as pseudoqueens or gamergates, in reference to the Greek words for “married worker” not the misogynist online harassment campaign GamerGate — must boost their production of insulin to contend with the incredible amount of food they must consume. “If you want to make eggs, you need to have a lot of insulin because you eat constantly,” co-senior author Claude Desplan, a professor of biology and neural science at New York University, told Live Science.

Although necessary, this influx of insulin should theoretically come with a catch: In addition to helping shuttle sugar into cells, insulin sets off several molecular chain reactions, some of which contribute to the aging process. Specifically, the “Akt signaling pathway” — which is involved in many cellular functions, ranging from metabolism to cell survival — can be activated by insulin and has long been tied to aging and age-related disease.

So, if a pseudoqueen starts pumping out huge quantities of insulin, in theory she should age more quickly than the average worker ant, who doesn’t make as much of the hormone. “However, in the case of these ants, it’s the exact opposite,” Desplan said. The median life span of a typical worker ant is nearly eight months, while pseudoqueens can live for about three years and three months. “It’s a huge extension of the life span,” he said.

And interestingly, if a pseudoqueen is placed in a different colony with an already-established ruler, she’ll revert to being a normal worker, Desplan said. These former pseudoqueens are called “revertants” and have life spans similar to those of workers. Somehow, only queens and pseudoqueens, despite all their insulin, manage to survive for years on end.

To solve this apparent paradox, Desplan teamed up with his longtime collaborator Danny Reinberg, a professor of biochemistry and molecular pharmacology at the NYU Grossman School of Medicine.

Their team sampled tissues from H. saltator workers, revertants and pseudoqueens, focusing on tissues involved in metabolism and reproduction. These included the brain, ovaries, fat body, an organ similar to the human liver and adipose (fat). Using a technique called bulk RNA sequencing, the team analyzed which proteins were being built in the sampled tissues. A molecular cousin of DNA, RNA carries genetic instructions on how to build proteins, ferrying these blueprints from the cell’s command center to one of the cell’s protein construction sites.

By peeking at these RNA instructions, the team discovered that, compared with workers and revertants, pseudoqueens produced much more insulin in the brain and began producing more fat and vitellogenin — a precursor to egg yolk — in the fat body. Some of these resources from the fat body was transported to the ovaries, to support egg production, and some of the fat went into making a unique pheromone that only queens and pseudoqueens exude. (It’s the disappearance of this pheromone in a nest that prompts worker ants to duel after their queen dies.)

As pseudoqueens make more insulin, their ovaries grow and develop so that they can carry eggs. The insulin directs this ovary maturation process through the “MAPK signaling pathway,” another chain of chemical reactions that can be set off by insulin. At the same time, the ovaries make Imp-L2, the team discovered, which essentially blocks the Akt signaling pathway that could otherwise cause rapid aging in the pseudoqueen.

Imp-L2 secreted from the ovaries also makes its way to the fat body and provides an anti-aging shield to that organ, too, the team determined.

“The two main branches of the insulin signaling pathway” — MAPK and Akt — “appear to differentially regulate fertility and lifespan, with increased signaling in one aiding reproduction in pseudoqueens and decreased signaling in the other consistent with their extended longevity,” Reinberg said in a statement (opens in new tab).

The team’s next step will be to understand how Imp-L2 blocks only the aging-related pathway and not the reproduction-related one, Desplan told Live Science. They plan to study the effects of the insulin-blocking protein in additional insects, including fruit flies, and then eventually in mammals.

“We don’t know exactly what’s going to happen,” Desplan said. “Flies and ants aren’t exactly similar to one another.” And it’s even more difficult to predict whether the anti-aging benefits Imp-L2 grants to Indian jumping ants would carry over to noninsects, such as mammals, he said.

NASA’s James Webb telescope snaps its first picture of an…