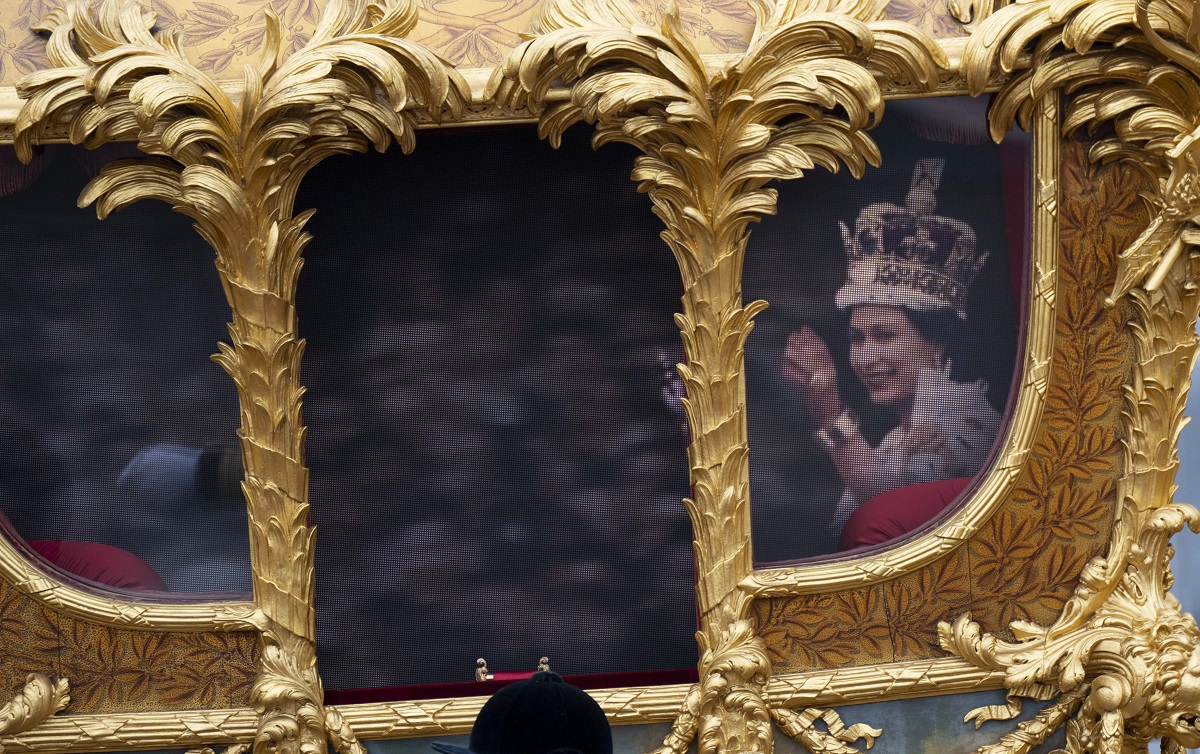 That’s one way to do it!

It was a big weekend for the United Kingdom’s Queen Elizabeth II, who marked her astonishing 70 years on the throne — the longest of any English monarch — with an extremely British Platinum Jubilee celebration.

Due to her advanced age, Her Majesty was unable to jubilate IRL amongst her adoring subjects. But in a surreal display of absolutely unmatched energy, the longtime ruler did journey through through the streets, sort of — via hologram, beamed into a historic 260-year-old golden carriage. Naturally.

Drawn by eight royal horses, the “hologram” featured archival footage of a smiling young Queen during her 1953 coronation ceremony, riding to Buckingham Palace in the same notoriously uncomfortable Queen-mobile, which has been used for every coronation procession since its commissioner King George III first took it for a spin in 1762.

As Gizmodo pointed out, it wasn’t quite a hologram in the sense of a full 3D projection like in “Star Wars,” although it was the same technique that resurrected Tupac Shakur at Coachella back in 2012 and seemingly the same trick used by Kanye West to gift his then-wife Kim a birthday message from her late father in 2020.

Regardless, such a public marriage of the old world and the new is fascinating, especially from an organization as traditional as the English monarchy.

In any case, if the carriage ride is as unbearable as the Queen says it is, we don’t blame her for sending a hologram instead.

More on holograms: Man Married to Hologram Can’t Talk to Wife Due to Software Glitch

Apple Announced Its Fastest MacBook Air Yet at WWDC 2022