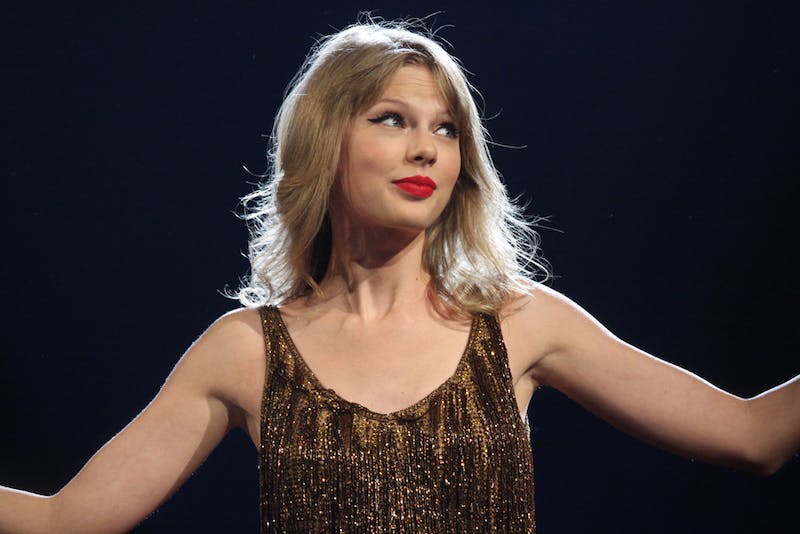 Taylor Swift’s place in the political sphere is complicated, to say the least. Early in her career, she stayed silent about politics. Swift has said that she acted this way for two main reasons: she believed that country music was hostile towards artists who spoke out politically, as was the case with the Dixie Chicks, and she did not feel educated enough to make political statements with the ability to influence millions of people.

Although she began to dabble politics in 2018, she stayed silent about politics. inadvertently or intentionally, her role as not just a pop star also but an activist was cemented by her Lover album, which used political activism as part of its aesthetic. While I sympathize with Swift’s fears of political engagement derailing her career, I believe that she owes it to her fans to use her platform to speak on current issues, all the more because of her having curated an aesthetic surrounding activism previously.

Lover was characterized by a pastel color palette and portrayed love in a wide array of forms with tracks discussing anxiety in romantic partnerships, self-love and acceptance, familial love and, most notably, LGBTQ+ pride. While Swift had supported the LGBTQ+ community in the past, the single “You Need To Calm Down” was a much more conspicuous showing of support.

At the time “You Need To Calm Down” was well-received, winning awards such as “Video of the Year” at the 2019 VMAs, but it was not without controversy. While Swift was applauded for taking clear, deliberate action in support of the LGBTQ+ community, others feared that “You Need To Calm Down” and her other activism — such as writing letters to her senator and petitioning on change.org — were just part of a temporary marketing ploy that would be phased out before the release of Swift’s next album.

Regardless of the criticism she faced, it seemed clear to all that Swift was no longer afraid to contribute to political discourse and that her contributions could be a strong form of allyship.

Her activism did largely fade out after the end of the Lover era, at least in regard to combating issues that do not directly affect her. She still speaks out when she, herself, feels targeted, such as when the Netflix show Ginny & Georgia slut-shamed her, as well as, more broadly, when women’s rights are challenged — she (belatedly) responded on Twitter to the Supreme Court’s overturning of Roe v. Wade. This is an example of her using politics at her convenience, rather than to do good in the world in a way that aids people other than herself.

This isn’t to say she never responds to issues that do not affect her — she does do so, such as when she spoke on the school shooting in Uvalde, Texas — but not at the volume that one would expect from a celebrity-turned-activist. Moreover no matter what opinions she voices, her actions this year are working against the people and politics she claims to support.

I believe that Swift is failing her fans by demonstrating political activism as part of her journey of personal growth, only to abandon it when it is inconvenient for her. This point has really been driven home throughout 2022.

This year Swift has three mainstream attachments that contradict this politically conscious narrative she has spent the last few years carefully curating. To start Swift provided music for the film adaptation of a novel drenched in controversy: Where The Crawdads Sing. In short the controversy stems from Delia Owens’ family’s involvement in the death of an unidentified victim. While Delia herself is not a suspect, she is implicated, and she, her then-husband and her then-stepson remain wanted in Zambia for questioning. Accordingly fans were displeased when Swift revealed her involvement with the project.

This isn’t the only problematic project Swift has involved herself in during 2022 — see her role on a project with David Russell, a movie director accused of groping his niece — and it probably won’t be her last. Furthermore a recent article accused Swift of astonishingly high private jet usage, and although other sources have since been published stating that these numbers were inflated/incorrect, Swift’s failure to personally comment isn’t doing her image any favors.

Swift has cemented herself as both an activist and a tight-lipped popstar, depending on which image better suits her situation. I understand Swift’s reluctance to speak on issues when she has such influence, but she owes it to her fans to do so. Her platform is massive, and she knows this; she has to act accordingly.

Madelyn Kye is a junior from Long Island, N.Y. majoring in the Writing Seminars and International Studies.

ESA’s Solar orbiter just got smacked by a coronal mass…