The Intractability Of Racism In American Politics 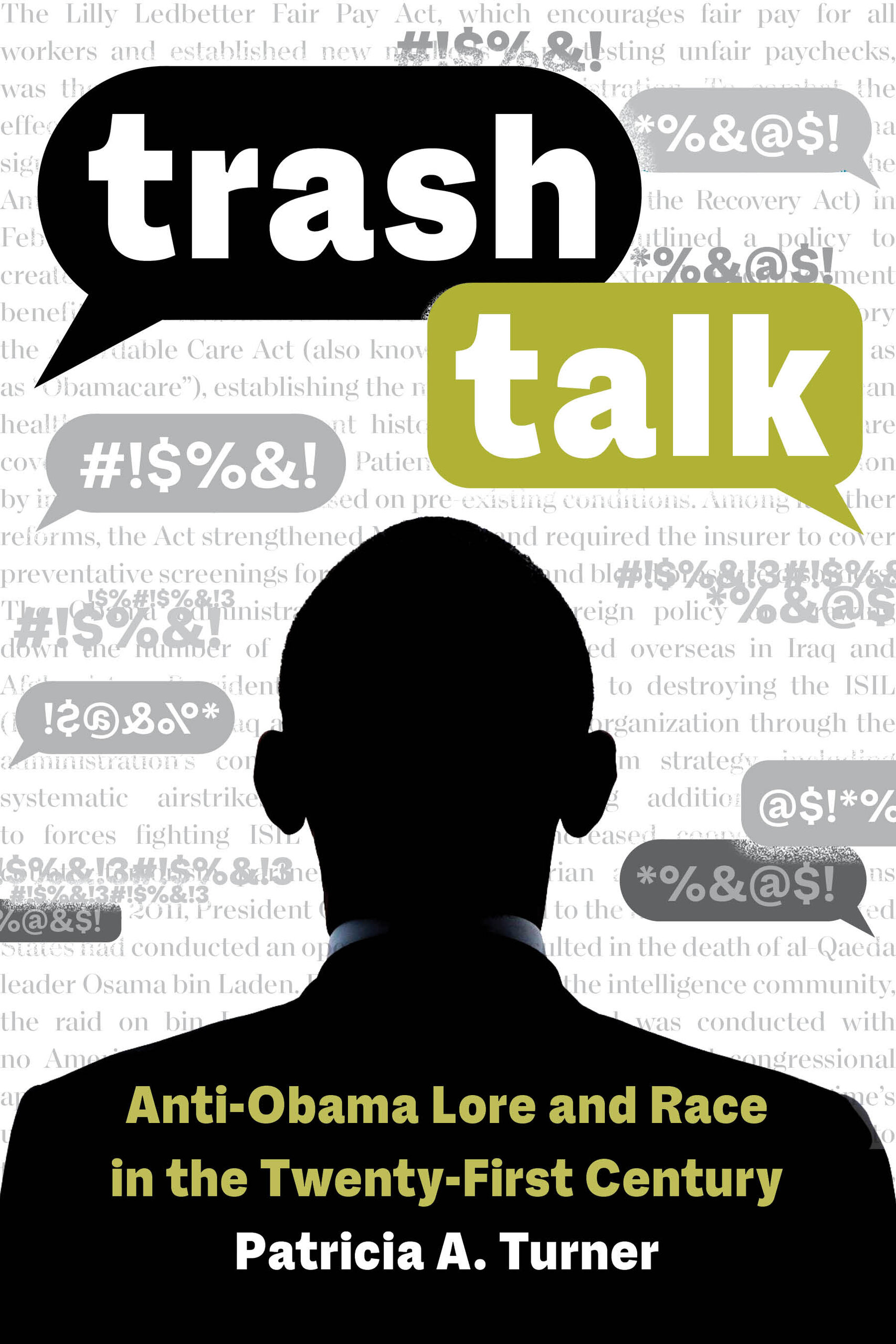 Barack Obama and his family have been the objects of rumors, legends, and conspiracy theories unprecedented in US politics. Outbreaks of anti-Obama lore have occurred in every national election cycle since 2004 and continue to the present day—two elections after his presidency ended. In Trash Talk, folklorist Patricia A. Turner examines how these thought patterns have grown ever more vitriolic and persistent and what this means for American political culture. Through the lens of attacks on Obama, Trash Talk explores how racist tropes circulate and gain currency. As internet communications expand in reach, rumors and conspiracy theories have become powerful political tools, and new types of lore like the hoax and fake news have taken root. The mainstream press and political establishment dismissed anti-Obama mythology for years, registering concern only when it became difficult to deny how much power those who circulated it could command. Trash Talk demonstrates that the ascendancy of Barack Obama was never a signal of a post-racial America. Patricia A. Turner is Professor of African American Studies and of World Arts and Cultures/Dance at the University of California, Los Angeles. Her previous books include I Heard It Through the Grapevine and Whispers on the Color Line. “I never ridiculed Obama, how could I?” Remembers Steve Brodner, highly-regarded caricaturist and political cartoonist. Steve shares his take on the cruel disparagement of Barack Obama and his family. And, he uses this opportunity to give a New Yorker’s appraisal of the 45th president. Plus, Brodner reveals he has a new book due for publication soon, Living & Dying In America: A Daily Chronicle 2020 – 2022. Every day, late at night or early in the morning, from March 26, 2020, to January 1, 2022, Steve Brodner would get to work. In those midnight hours, he would review the day’s reportage, sit down at his drawing board, and memorialize a singular person or event that played a role, willingly or unwillingly, in shaping that day. A long-form conversation with Steve is scheduled to discuss his new book on Life Elsewhere. Show 485

Thousands of Migrants Are Now Pawns in Immigration Politics.