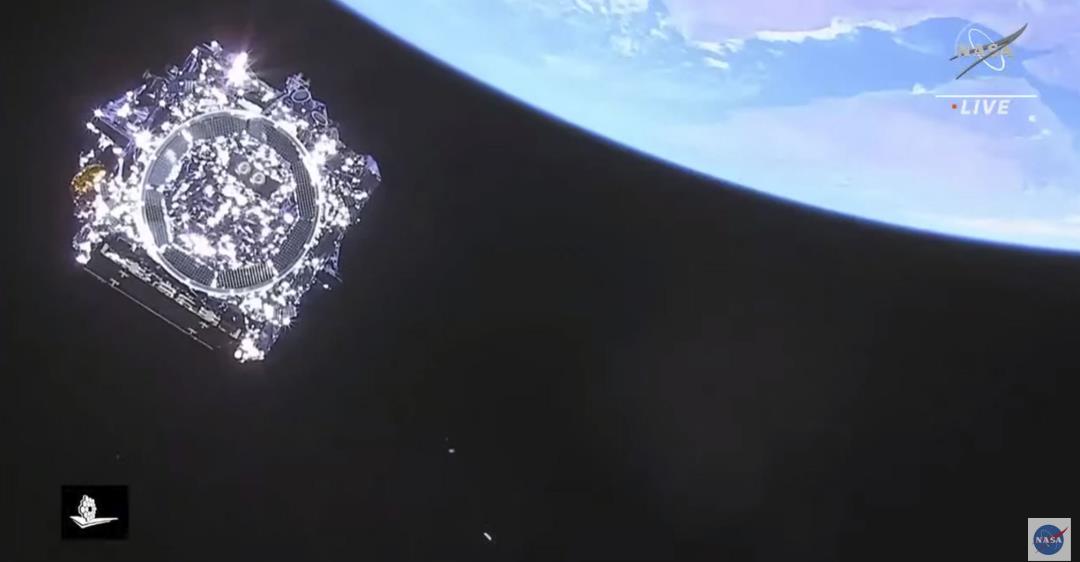 (Newser) – The massive mirror on the James Webb Space Telescope has been hit by what NASA calls an “unavoidable chance event”—a strike from a piece of space debris larger than they expected. NASA says one of the mirror’s segments was hit by a micrometeoroid, which it defines as a piece of debris smaller than a grain of sand, but the telescope is still performing above expectations, Live Science reports. The telescope reached its final orbit a million miles from Earth in January. NASA says the mirror has already had “four smaller measurable micrometeoroid strikes that were consistent with expectations,” but the one in late May was “larger than our degradation predictions assumed.”

“We always knew that Webb would have to weather the space environment, which includes harsh ultraviolet light and charged particles from the sun, cosmic rays from exotic sources in the galaxy, and occasional strikes by micrometeoroids within our solar system,” Paul Geithner, technical deputy project manager for NASA’s Goddard Space Flight Center, said in a statement. “We designed and built Webb with performance margin … to ensure it can perform its ambitious science mission even after many years in space.” NASA says the impact on the C3 section of the 18-piece mirror was larger than anything it could model while the telescope was still on Earth.

NASA says the mirror segments can be adjusted to lessen distortion caused by damage and to protect the mirror from events like meteor showers, CNN reports. “As a result of this impact, a specialized team of engineers has been formed to look at ways to mitigate the effects of further micrometeoroid hits of this scale,” NASA says. The agency says the Webb team is also learning more about the dust environment at the telescope’s current location, which will help future missions. (Read more James Webb Space Telescope stories.)