Somali lawmakers go to 2nd round to choose next president 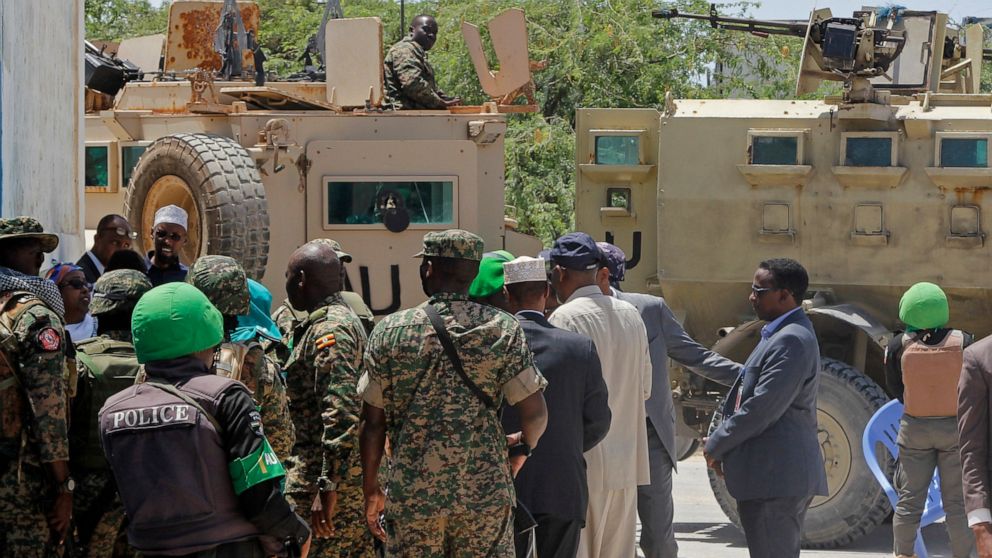 MOGADISHU, Somalia — Somalia’s presidential vote is proceeding to a second round Sunday after the first round of voting did not produce a decisive winner.

Legislators are choosing the country’s next president in the capital, Mogadishu, which is under lockdown measures aimed at preventing deadly militant attacks .

The top four candidates out of 36 presidential aspirants will be on the ballot in the next round: incumbent President Mohamed Abdullahi Mohamed, former President Hassan Sheikh Mohamud, former Prime Minister Hassan Khaire and regional leader Said Dani.

Dani, president of Puntland state, led the first round of balloting.

Voting is taking place inside a tent in an airport hangar within the Halane military camp, which is protected by African Union peacekeepers. The voting process is expected to last until late Sunday, especially if a third round of balloting is needed.

To win in the second round, a candidate must secure two-thirds of the vote, or 219 ballots. A simple majority is enough in the third round.

All 329 lawmakers of both chambers of parliament choose the president by secret ballot.

To discourage extremist violence from disrupting the elections, Somali police put Mogadishu, the scene of regular attacks by the Islamic rebel group al-Shabab, under a lockdown that started at 9 p.m. on Saturday. It means most residents must stay at home until the lockdown lifts on Monday morning, according to police.

Analysts say the current president Mohamed — who also is known as Farmaajo because of his appetite for Italian cheese — faces an uphill battle to be reelected. No sitting president has ever won reelection in the Horn of Africa nation, where rival clans battle intensely for political power.

The goal of a direct, one-person-one-vote election in Somalia, a country of about 12 million people, remains elusive largely because of the widespread extremist violence. Authorities had planned a direct election this time but, instead, the federal government and states agreed on another “indirect election,” with lawmakers elected by community leaders — delegates of powerful clans — in each member state.

“We urge the parliamentarians to vote their conscience by choosing the candidate they believe offers the policies and leadership qualities to advance peace, stability, prosperity, and sound governance in the years ahead,” The U.N. Assistance Mission in Somalia and others in the international community said in a statement late Saturday.

Despite its persistent insecurity, Somalia has had peaceful changes of leadership every four years since 2000, and it has the distinction of having Africa’s first democratically elected president to peacefully step down, Aden Abdulle Osman in 1967.

Mohamed’s four-year term expired in February 2021, but he stayed in office after the lower house of parliament approved a two-year extension of his mandate and that of the federal government, drawing fury from Senate leaders and criticism from the international community.

The poll delay triggered an exchange of gunfire in April 2021 between soldiers loyal to the government and others angry over what they saw as the president’s unlawful extension of his mandate.

Somalia began to fall apart in 1991, when warlords ousted dictator Siad Barre and then turned on each other. Years of conflict and al-Shabab attacks, along with famine, have shattered the country which has a long, strategic coastline by the Indian Ocean.

“Today is a historic day which will determine who will rule the country for next four years. We pray for a president who can take Somalia out of its current situation to a promising and prosperous future,” said Mogadishu resident Abdi Mohamed. “Allah knows best and we ask for his guidance and mercy.”

Vantage Point: Trouble in the Metaverse

Physicists Say There May Be Another Reality Right Beyond This…