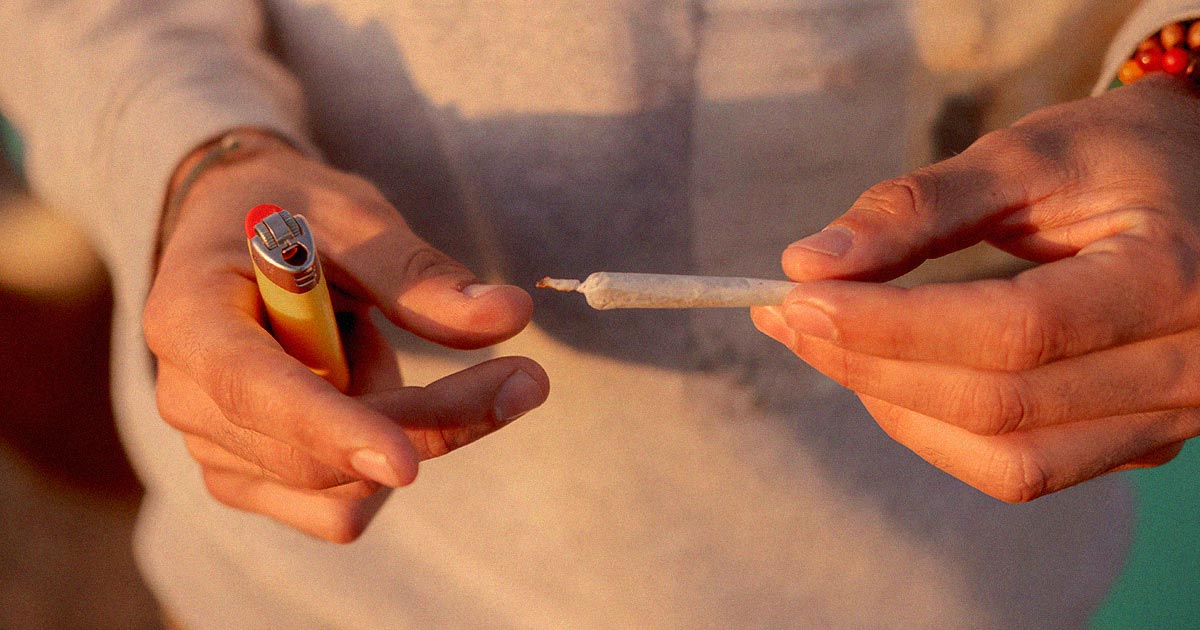 Good news, stoners! Science is finally backing up what you’ve long known: that smoking weed does, in fact, make you nicer — and less greedy, to boot.

In a recent study published in the journal Scientific Reports, University of New Mexico researchers found evidence that cannabis use makes people more empathetic, as well as less motivated by money.

Though the study focused on the “prosociality” of cannabis use — that is, as the Scientific Reports paper defines it, “the intentional act of advancing the well-being of other people” — lead author Jacob Vigil said that he’s interested in reframing how other researchers approach studying weed as well.

“They see cannabis users as unmotivated, or they see them as addicted, or perhaps believe that they are losing sight of their goals,” he told Albuquerque-based nonprofit news site The Paper. “It’s never really been approached objectively to see what’s going on before making negative interpretations.”

Basically, Vigil told the site, his team gave college students a “battery of psychological tests” — and also tested their urine for THC, the most psychoactive ingredient in cannabis.

“We found that folks that had recently used cannabis showed higher levels of pro-social behaviors, and higher measurements of empathy — the empathy quotient was statistically significant across two groups — as well as what researchers refer to as ‘moral foundations,'” he told The Paper. “These are basically the types of ideals that we think about when we justify what is right and what is wrong.”

A 2016 study found a correlation between smoking pot and being less motivated to go to work for money. According to Vigil, that can be a good thing.

“This is actually shown through formal research,” he added. “Cannabis users’ brains are less likely to light up when they are shown a depiction of dollar sign compared to non-users. People that don’t use cannabis get more excited when they see a dollar sign, and that has been interpreted by addiction researchers as a negative thing.”

The majority of cannabis studies to date either center on its medicinal uses or have focused either on negative aspects and experiences, from its relative levels of addictiveness and correlation with low grades in college to its association with schizo-affective disorders and other psychiatric illnesses.

This body of research has left little room for the positive social and psychological aspects of cannabis known well to many users, creating an opening for researchers like Vigil to carve an intriguing new niche.

Cannabis research, Vigil told The Paper, has “usually been approached by people that view cannabis use as problematic behavior — from addiction researchers and so forth.”

“They see cannabis users as unmotivated,” he added, “or they see them as addicted, or perhaps believe that they are losing sight of their goals. It’s never really been approached objectively to see what’s going on before making negative interpretations.”

So there you have it, folks: weed can make you a nicer person, and maybe even less greedy.

READ MORE: Does Cannabis Make Us Nicer? [The Paper]

Chris Stirewalt defended his team’s calling the election for Biden.…

FAA Demands Changes Before SpaceX Can Launch Starship to Orbit