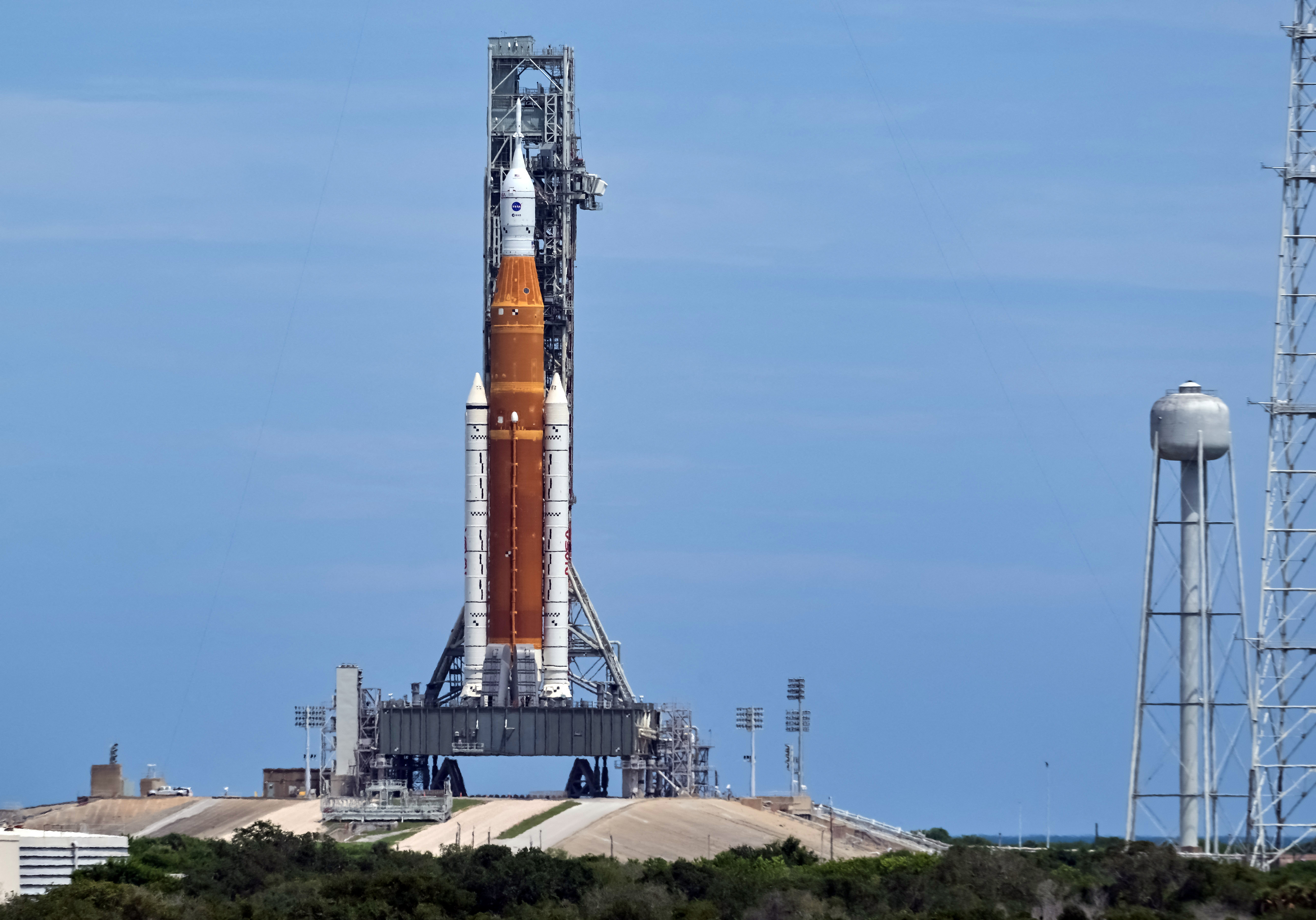 NASA’s next-generation Space Launch System likely won’t fly in September. After a fuel leak forced the agency to scrub its second attempt to launch Artemis 1, there had been some hope the mission could get underway before its current launch window ended on September 6th. That won’t be the case.

“We will not be launching in this launch period,” Jim Free, NASA’s associate administrator for exploration systems development, told a room full of journalists after the events of Saturday morning. “This was not a manageable leak,” Artemis Mission Manager Michael Sarafin added, referring to the “quick disconnect” fitting that gave NASA so much trouble yesterday. Ground crew at Kennedy Space Center attempted to troubleshoot the issue three times before recommending a “no go” for Saturday’s launch.

According to Sarafin, the leak began after one of the fuel lines to Artemis 1’s core booster went through a brief and “inadvertent” overpressurization. An “errant” manual command from Mission Control triggered the incident. As of Saturday, Sarafin said it was too early to know if that was the cause of the fuel leak, but there was enough flammable hydrogen gas near the rocket that it would not have been safe to launch. “We want to be deliberate and careful about drawing conclusions here, because correlation does not equal causation,” he added.

Whatever caused the leak, NASA now needs to replace the non-metallic gasket that was supposed to prevent hydrogen from escaping at the quick disconnect. The agency has two options as to how to proceed. It could either replace the gasket at Launch Pad 39B or the KSC’s Vehicle Assembly Building. Both have advantages and disadvantages.

Doing the work on the pad would allow NASA to test the system at cryogenic temperatures. That would give the agency a better idea of how the rocket will behave once it’s ready to launch again. However, NASA would need to build an enclosure around the SLS. At the VAB, meanwhile, the building would act as the enclosure but would limit testing to ambient temperatures only.

In the end, the SLS will likely end up at the VAB no matter what since NASA needs to test the batteries in the vehicle’s flight termination system every 20 days. The system allows the Space Force to destroy the rocket if it flies off course or something else goes awry during flight. NASA can only conduct that testing in the VAB, and the Space Force recently gave the agency a five-day extension on the usual deadline.

All told, Artemis 1’s next earliest launch window opens on September 16th and then closes on October 4th. That opening includes a potential conflict with another mission. Space X’s Crew-5 flight is scheduled to lift off on October 3rd from Kennedy Space Center. Therefore, NASA is more likely to aim for the subsequent window that opens on October 17th and runs until the end of the month. We’ll know more next week when NASA holds another press conference, but NASA Administrator Bill Nelson was adamant the agency wouldn’t attempt to launch Artemis 1 until it feels the SLS is ready to fly. “We do not launch until we think it’s right,” he said. “I look at this as part of our space program, of which safety is at the top of our list.”

Even Short Flights to Space Cause Cell Mutations That Could…

John Legend Explains Falling Out with Kanye, Not Just Politics