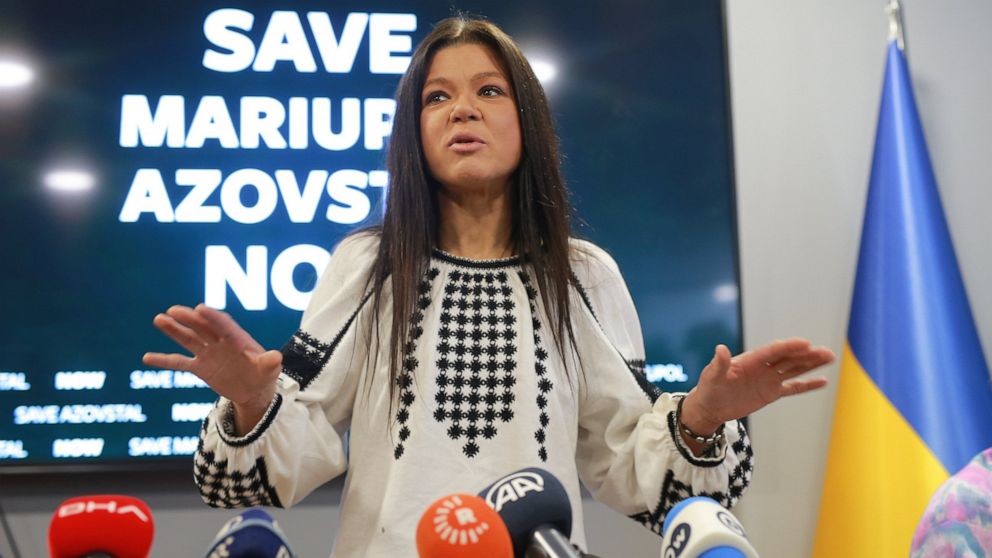 ISTANBUL — A Ukrainian singer and former Eurovision song contest winner appealed to Turkey’s president on Monday to save Ukrainian fighters from the besieged city of Mariupol amid Russia’s war.

Ruslana, whose song “Wild Dances” catapulted her to No. 1 in the music contest in 2004, spoke at a news conference in Istanbul. She was flanked by the mothers and wives of the “Mariupol defenders” — Ukrainian fighters who are defending the city’s steel mill.

“Stand with Ukraine. Unite for Ukraine. Help Mariupol. Help Azovstal. Help our brave Ukrainian soldiers,” she said. “I truly believe that today Turkey’s leader President Erdogan, who has an international role and presence, will help our citizens in need.”

Several hundred Ukrainian fighters are estimated to be holed up at the sprawling Azovstal steelworks plant, the last pocket of resistance in a city largely reduced to rubble over the past two months.

Follow the AP’s coverage of the war at https://apnews.com/hub/russia-ukraine

Bad News! That “Door” on Mars Doesn’t Look Like Much…

Wealthy Horrified That Drought Could Affect Their Luxurious Pools and…