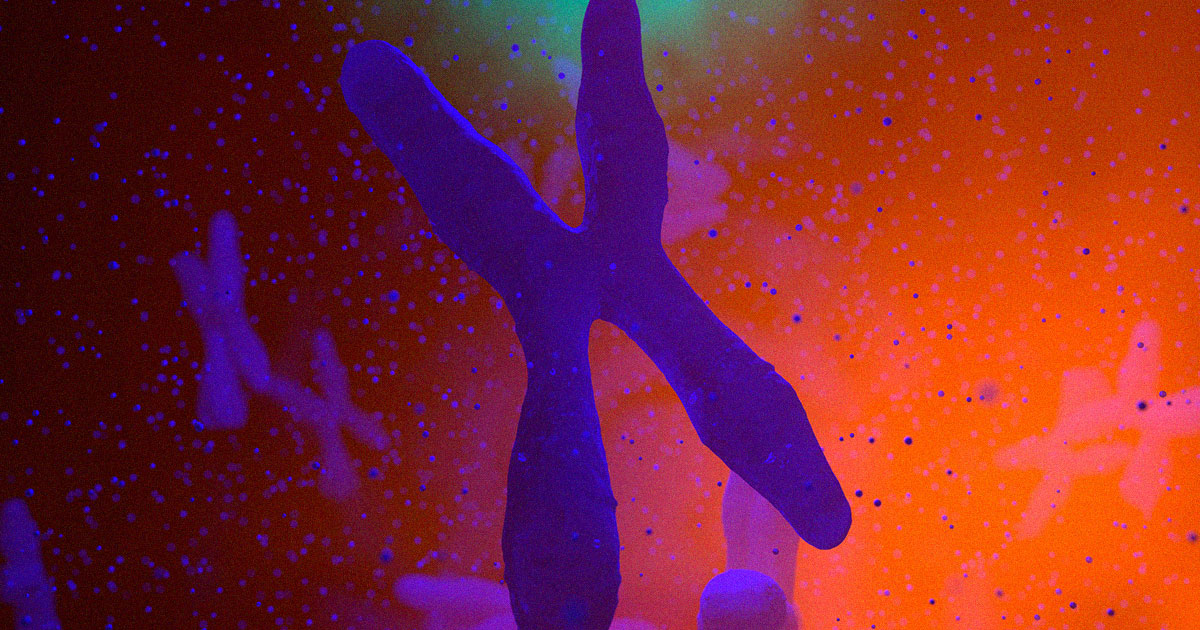 Down syndrome, the world’s most common chromosomal diagnosis, affects about one in every 700 babies born in the US.

It’s caused by having three copies of chromosome 21, rather than two, resulting in a range of impairments, most notably serious cognitive problems.

But according to new research published in the journal Science this week, there may be ways to improve or even reverse some of those symptoms with a new hormone treatment.

In fact, the same treatment could even prove to be effective against Alzheimer’s — though it remains far too early to draw any definitive conclusions.

Specifically, scientists are investigating whether the regulation of the release of the hormone called GnRH, which releases a chemical called gonadotropin, could hold promise.

GnRH neurons control vital bodily functions including blood pressure and hunger deep inside the brain, Scientific American reports. As laid out in previous research, scientists have discovered that molecules called microRNAs regulate the release of GnRH.

In a pilot experiment involving mice with three copies of chromosome 21, a team led by neuroscientist Vincent Prevot of the University of Lille in France found that increasing the levels of GnRH using microRNAs was able to reverse the effects Down syndrome had on the animals’ olfactory senses and other cognitive deficits.

Of course, an animal study doesn’t prove anything for humans. But a followup experiment involving seven men with Down syndrome who received GnRH from a pump under their skin showed hopeful results as well.

“Six out of seven patients improved their cognitive tests by 20 to 30 percent,” Prevot told Scientific American.

“Even more amazing, we saw that functional connectivity was tremendously increased in all seven in cortical areas involved in speech and 3D orientation,” Prevot added, noting that the men experienced improvements in verbal comprehension and temporary memory and attention.

Their sense of smell, however, was not improved.

“This work reveals new players, such as microRNAs, that may play a role in Down syndrome neuropathology,” neurobiologist Mara Dierssen of the Center for Genomic Regulation in Spain, who was not involved in the research, told Scientific American.

Seven subjects, of course, is a small sample size. And other experts warn that until further research is conducted, we should take the results with a grain of salt.

“The human experiment is very preliminary and lacks controls,” geneticist Stylianos Antonarakis of the University of Geneva, who was not involved, told the magazine.

Then there’s the fact they didn’t test the same technique on women.

Prevot is now planning a follow-up clinical trial later this year that will involve 70 male and female patients across several institutions.

“If GnRH therapy improves cognition in this large cohort of Down syndrome patients, many possibilities are open,” he told Scientific American.

A separate study studying the effects of a similar molecule to GnRH for treating Alzheimer’s is already underway.

READ MORE: A Hormone May Boost Cognition in Down Syndrome [Scientific American]

More on Down syndrome: Scientists Reverse Cognitive Deficits of Down Syndrome in Mice

Genius Musicians Are Making Songs That Play When Children Yell…