Scientists Discover “Superworms” That Can Survive on Eating Just Styrofoam 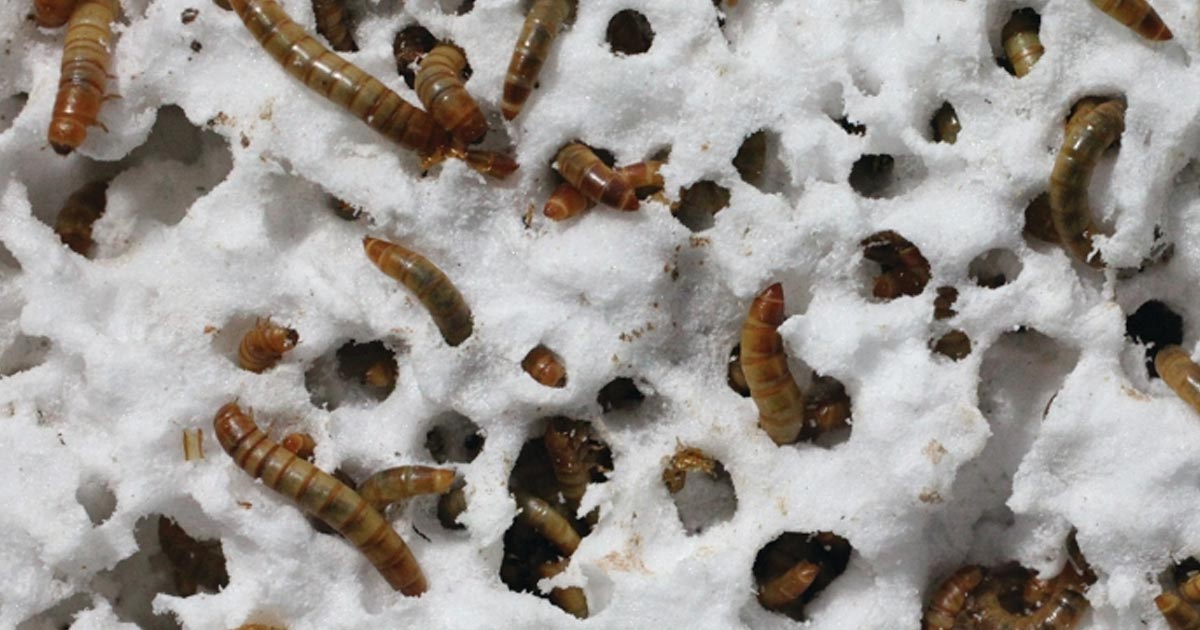 An international group of researchers have discovered that “superworms,” a species of worms that can be at least five times the size of mealworms and wax worms, are pretty damn good at digesting Styrofoam.

In other words, these worms could help us break down plastic — wriggly bioreactors that could greatly cut down the time it takes for plastic to biodegrade.

In a new study published in the journal Microbial Genomics, the team details their strange discovery: the worms had guts of steel after being fed nothing but polystyrene. Three control groups were also fed nothing, bran, and plastic respectively.

“Superworms on all diets were able to complete their life cycle to pupae and imago,” the study reads. “Although superworms reared on polystyrene had minimal weight gains, resulting in lower pupation rates compared to bran reared worms.”

That means they could perhaps help us tackle a growing plastic pollution crisis, as Vice points out. If the worms can eat plastic and survive, maybe they can gobble up the many countless pounds of it we’ve tossed into the oceans, rivers, and lakes.

However, it’s unfortunately not a miracle cure. The polystyrene-eating worms did suffer from pathogenic bacteria present on the plastic, negatively impacting their health.

But the researchers are hopeful. “We have now a catalogue of all the bacterial enzymes encoded in the superworm gut, and plan to further investigate the enzymes with polystyrene degrading capabilities,” Chris Rinke, a senior lecturer at the University of Queensland and senior author of the study, told Vice.

Rinke hopes to eventually “take the superworms out of the equation” for a fascinating and “economically feasible” new way to recycle plastic.

The world will face ‘a severe food crisis and famine,’…

UK Military Wants to Install Quantum Computers in Tanks for…