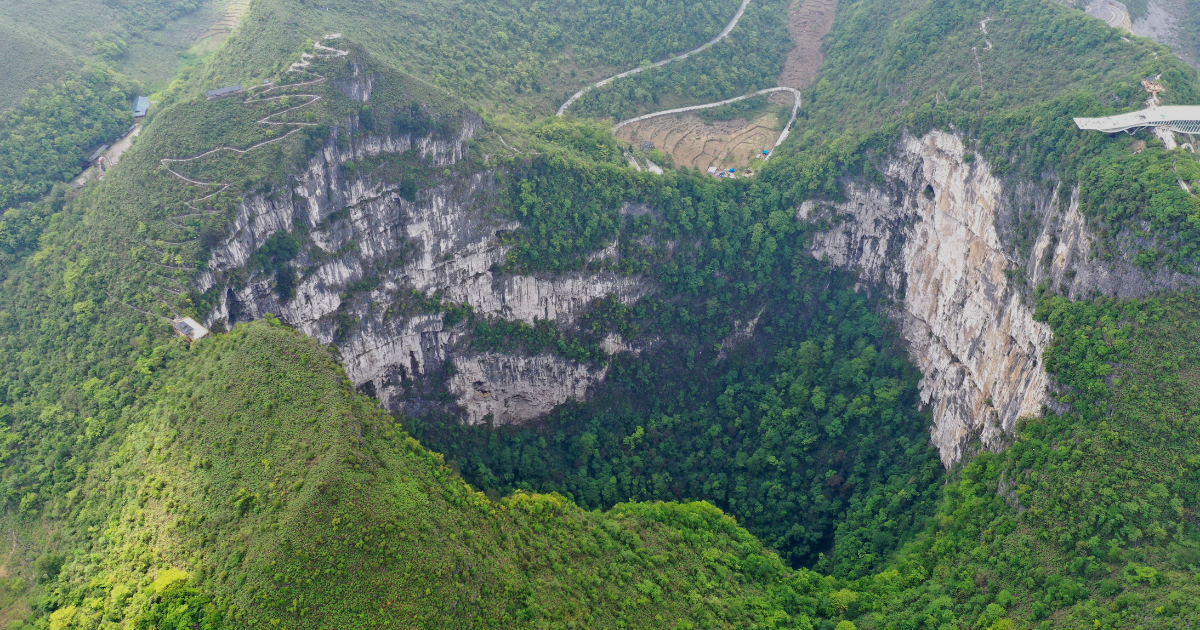 Put that thing back where it came from or so help me!

Actually, it could all turn out okay. Scientists in China have discovered previously unknown animal and plant species lurking at the bottom of a sinkhole in in Leye County, the Guardian reported yesterday. Some brave spelunkers found the more than 1,000-foot-long and 629-foot deep sinkhole while exploring caves in the region.

“I wouldn’t be surprised to know that there are species found in these caves that have never been reported or described by science until now,” expedition team lead Chen Lixin told the outlet.

Zhang Yuanhai, a senior engineer at the Institute of Karst Geology of the China Geological Survey, also told a state news outlet that the site has three caves as well as an ancient forest hiding in its depths. There are also 100-foot-tall trees inside, NPR reported yesterday, and there’s about 30 of other, similar massive sinkholes in the country.

Lixin’s prediction about new species is likely to come true, because isolated environments the world over have long been creating interesting, unique plants and animals that adapt to their biome. The Galapagos Islands are probably the best known example and boast several native species found nowhere else, but even the cold waters of the Antarctic turn up discoveries for researchers.

There’s no telling what’s in that forest, but whatever it is, we sure hope it comes in peace.

More on interesting animals: Much Like Hipsters, Scallops Can Be Lured to Their Deaths by Disco Lights