Scientists accidentally create super-vicious HAMSTERS in a lab after gene editing experiment goes wrong and makes aggressive rodents chase, bite and pin each other down

By Adam Solomons For Mailonline

Researchers at Georgia State University produced new rodents without hormone vasopressin in an effort to raise ‘social communication’ between the rodents.

Yet the chemical change turned the Syrian hamsters wild, prompting fights inside cages.

The ultra-vicious hamsters were pictured pinning, biting and chasing each other. 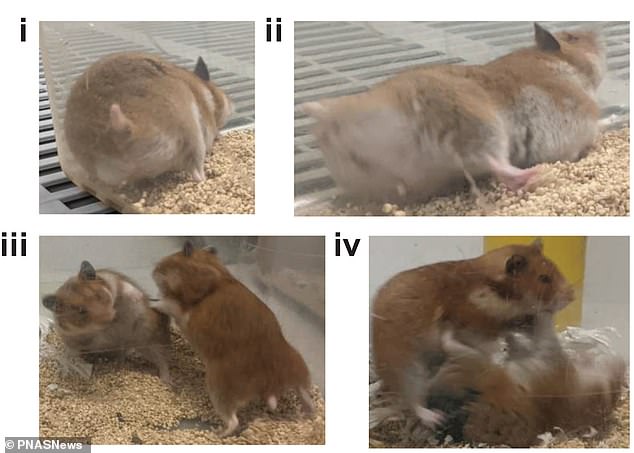 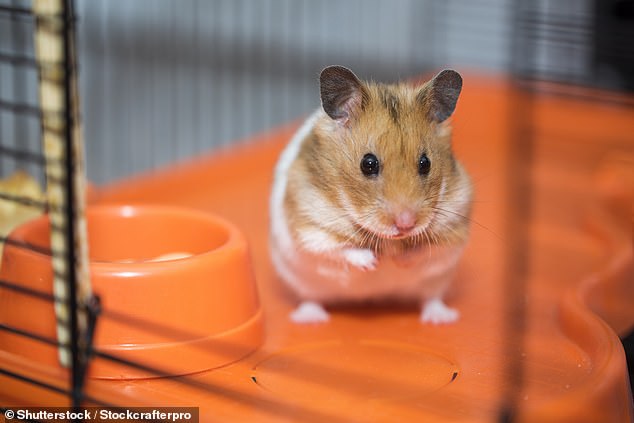 Lead researcher Professor Elliott Albers said: ‘We anticipated […] we would reduce both aggression and social communication — but the opposite happened.’

They key hormone Avpr1a was thought to regulate friendship and bonding, with its removal expected to increase harmony between the animals.

Instead, the lab experiment recorded ‘high levels of aggression towards other same-sex individuals’.

Professor Albers said: ‘We were really surprised at the results.’

It was thought that vasopressin affects the social behaviours of hamsters including aggression and communication. 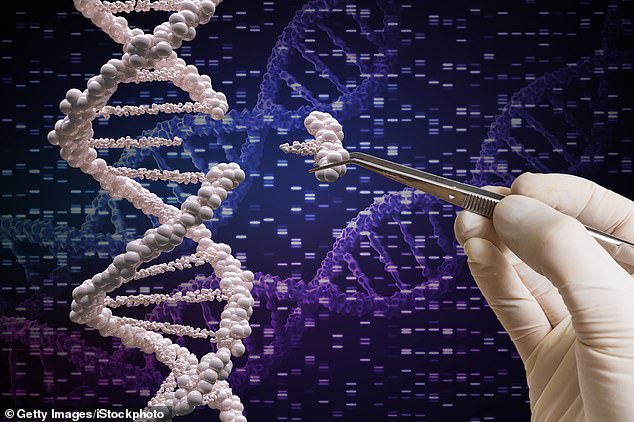 To investigate further, scientists deactivated Avpr1a, removing a receptor that interacts with vasopressin in key regions of the brain.

Now immune to the hormone, it was thought the rodents would become friendlier.

The results were anything but, with a heightened frequency of fighting, biting, chasing and pinning down among the hamsters in their cages.

The study’s striking conclusions challenge scientists’ understanding of the relationship between biology and behaviour.

The professor added: We don’t understand this system as well as we thought we did.

‘The counterintuitive findings tell us we need to start thinking about the actions of these receptors across entire circuits of the brain, not just in specific brain regions.

‘Developing gene-edited hamsters was not easy. But it is important to understand that the neurocircuitry involved in human social behaviour and our model has […] relevance for human health.’

Professor Albers said the gene editing tests are intended to help find solutions to neuropsychiatric disorders including autism and depression.

HOW DOES CRISPR DNA EDITING WORK?

The CRISPR gene editing technique is being used an increasing amount in health research because it can change the building blocks of the body.

At a basic level, CRISPR works as a DNA cutting-and-pasting operation.

Technically called CRISPR-Cas9, the process involves sending new strands of DNA and enzymes into organisms to edit their genes.

In humans, genes act as blueprints for many processes and characteristics in the body – they dictate everything from the colour of your eyes and hair to whether or not you have cancer.

The components of CRISPR-Cas9 – the DNA sequence and the enzymes needed to implant it – are often sent into the body on the back of a harmless virus so scientists can control where they go.

Cas9 enzymes can then cut strands of DNA, effectively turning off a gene, or remove sections of DNA to be replaced with the CRISPRs, which are new sections sent in to change the gene and have an effect they have been pre-programmed to produce.

But the process is controversial because it could be used to change babies in the womb – initially to treat diseases – but could lead to a rise in ‘designer babies’ as doctors offer ways to change embryos’ DNA.

NASA Says It’s a Priority to Investigate Strange Domes on…