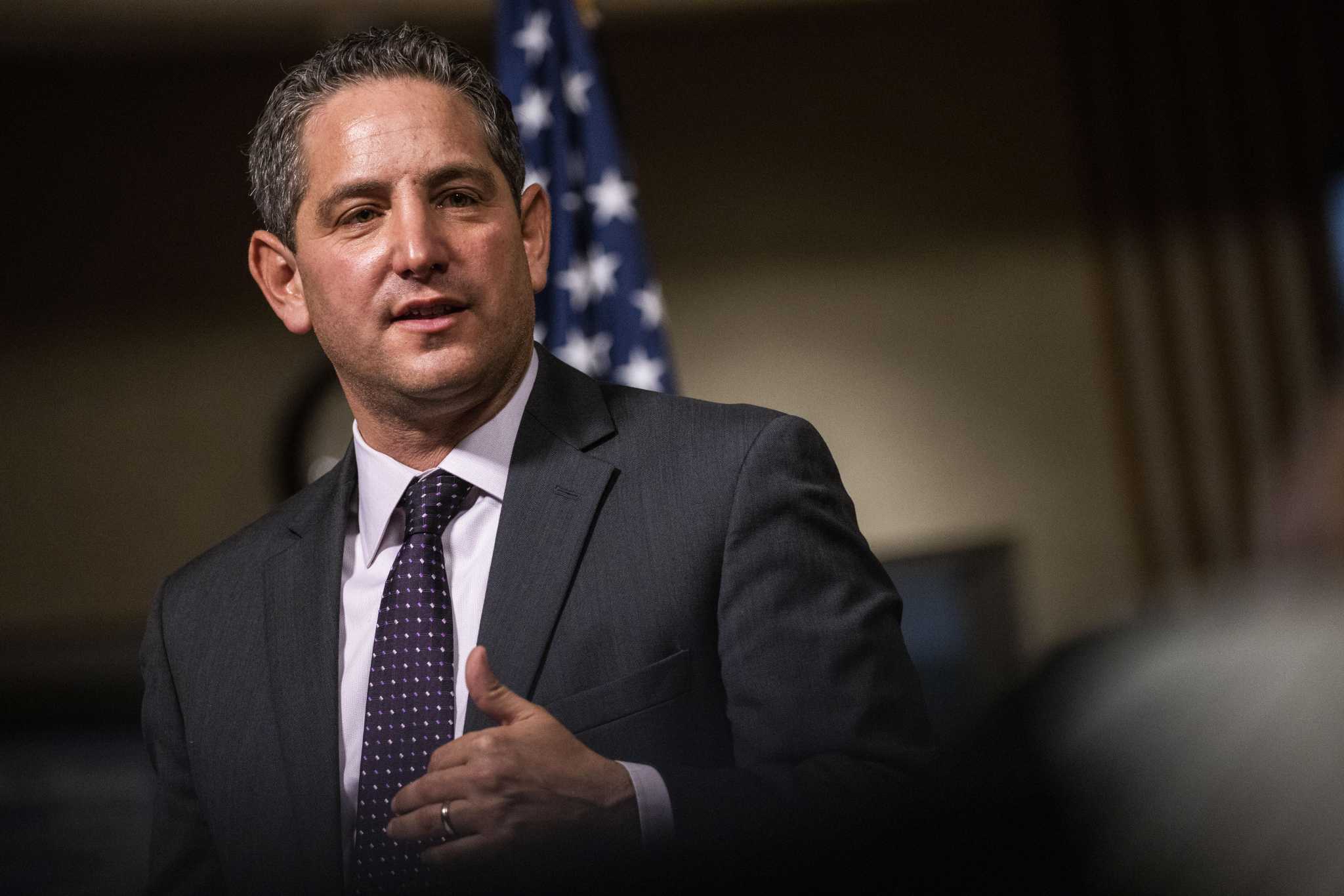 The superintendent of Hayward schools has emerged as the top pick for San Francisco’s new superintendent, ending a months-long national search for a leader to take over the struggling district as it seeks to end more than two years of controversy and upheaval.

The school board announced Matt Wayne as the sole finalist at a news conference Thursday morning after a lengthy process, but the board would still need to finalize the contract.

Board President Jenny Lam said the seven members all agreed on selecting Wayne and that the decision comes at a critical moment for the district.

“The last two years have tested the city. These years have taken a deep toll on everyone,” she said. “But today is a day to look forward.”

Wayne said he recognizes that San Francisco schools have been through a great deal of struggle in the past two years and he is “coming into the job with open eyes.”

Wayne, who has led the East Bay district for five years, spent 20 years in Bay Area schools, as a principal in San Pablo and lecturer at UC Berkeley, before joining SFUSD in 2010 as executive director of instructional support for two years.

He moved on to Hayward, which has about 18,000 students, as assistant superintendent 10 years ago and then into the top job there in 2016.

Wayne became Hayward’s superintendent at a tumultuous time for the district. The school board had fired its previous superintendent for purported misuse of public funds and an explosive temper. When Wayne entered the role, initially on an interim basis, he provided “a lot of stability right away for our district in a time of great upheaval,” Oquenda said.

She said he provided stability and “set everything back on the right course, getting us onto a path of rebuilding trust.”

Lam said that it was immediately clear that Wayne is focused on learning and what’s best for students.

“When you sit down with Matt and learn what drives him, his commitment to children comes out clearly,” she said.

“San Francisco should be a national leader when it comes to educating our kids,” she said. “As a graduate of our city’s public schools, I know how much work still needs to be done to get us where we need to be. I look forward to working with Dr. Wayne as we work to get our school district back on track.”

Wayne replaces outgoing Superintendent Vincent Matthews, who will retire at the end of June.

The selection is not a flashy pick by the city’s school board, which represents one of the largest districts in the state, but one that taps a Bay Area school leader with experience and knowledge about navigating state policy and politics. More than 60 people applied and 18 candidates were identified as potential matches, according to the district.

Wayne, 48, lives in Berkeley with his wife and son, who attends El Cerrito High School. His daughter is a junior in college.

He will be the first white superintendent in San Francisco since 1985, when Robert Alioto left the district’s top job. The district is diverse, with 34% Asian American, 30% Hispanic, 14% white and 7% two or more races, 6% African American, with Filipino, Pacific Islander, American Indian and unknown accounting for the remainder of students.

After a contract is finalized, the new superintendent will step into a district of 49,000 students and 10,000 employees that faces several significant challenges, including declining enrollment. Wayne will continue to navigate a budget crisis, with an initial $125 million shortfall projected for the upcoming school year and a $140 million deficit the year after.

Wayne will take over in the midst of a significant reorganization, which will include filling several positions after the resignations or retirement of several top-level administrators, as well as nearly a dozen principal spots. He will also navigate a shift on the school board, which includes three mayoral appointees who filled vacancies after a successful recall in February. He’ll also preside over the rollout of a new school assignment system for elementary schools and the likely reopening of the debate over admission to the academically prestigious Lowell High School.

Wayne has faced some similar issues in Hayward, including declining enrollment. His current district has lost about 3,000 students since 2015, bringing with it fiscal concerns related to a potential decrease in state funding. The East Bay district’s school board voted in November to close two elementary schools at the end of this academic year to address the loss of students and fiscal issues.

At the time, Wayne cited a $15 million shortfall and $900 million in needed facilities repairs.

School closures could also be a divisive issue in San Francisco in the coming years, but Wayne said he’s not coming into San Francisco with any set agenda and will be in listening mode and focused on helping the system recover from the pandemic and the divisive politics.

One main priority, he said, was “recognizing what we’ve been through and creating some space for healing and bringing the community together.”

At times, the board’s relationship with Matthews has been tense, leaving many wondering who would want to step into the job after such upheaval, yet the new hire offers the district and its leadership something of a fresh start.

District officials in Hayward cited their support of “the overall climate of the district” during Wayne’s time as assistant superintendent and interim superintendent when selecting him to take the role permanently in 2018.

He was named a regional 2021 Superintendent of the Year by the Association of California School Administrators.

“Matt is a no-nonsense educator,” said Phil Halperin, an education advocate who has chaired previous parcel tax and bond campaigns. “That’s what we need.”

The immediate response to Wayne from parents and community groups was positive.

Wayne earned an undergraduate degree in rhetoric and a doctorate in educational leadership from UC Berkeley.

He has the right background for San Francisco in this moment and the benefit of full board support, said district parent Patrick Wolff, who is also the executive director of Families for San Francisco.

“I think (a new superintendent) does give a fresh start,” he said. “There’s a lot of work to do, but it feels like everyone is focused on what matters, which is a great education for kids.”

Matthews oversaw the district for the past five years, returning to the city where he grew up, earned his doctorate and began his career as a teacher.

Matthews took over the leadership as the district navigated a new teachers contract and the affordability crisis for educators and families who were increasingly fleeing San Francisco’s high cost of living.

The district’s troubles only increased over his tenure, with the unprecedented upheaval of a global pandemic, a failed school renaming effort, a board recall, declining enrollment, a budget crisis resulting in the appointment of a state fiscal expert, and a payroll debacle that has left educators and other staff with error-riddled paychecks.

Frustrated by a school board that micromanaged staff and failed to heed his recommendations, Matthews initially announced his retirement in 2021, but agreed to remain if the board stayed out of administrative decisions, focused on the budget shortfall and school reopenings while treating “everyone with civility and respect,” conditions codified in an amendment to his contract.

Yet, controversy continued, with a successful school board recall of Alison Collins, Gabriela López and Faauuga Moliga upending the district, resulting in the mayoral appointment of three new members, all of whom are SFUSD parents.

At the announcement, Wayne acknowledged how rocky the last few years have been.

“I think we need to be real,” he said. “It’s been hard and people are tired.”

Wayne said he is ready to help the community come together and he’s eager to “focus on the classroom and figure out how to do what’s right for the kids and how to help them on their educational journey.”

Groundbreaking study may have identified cause of SIDS