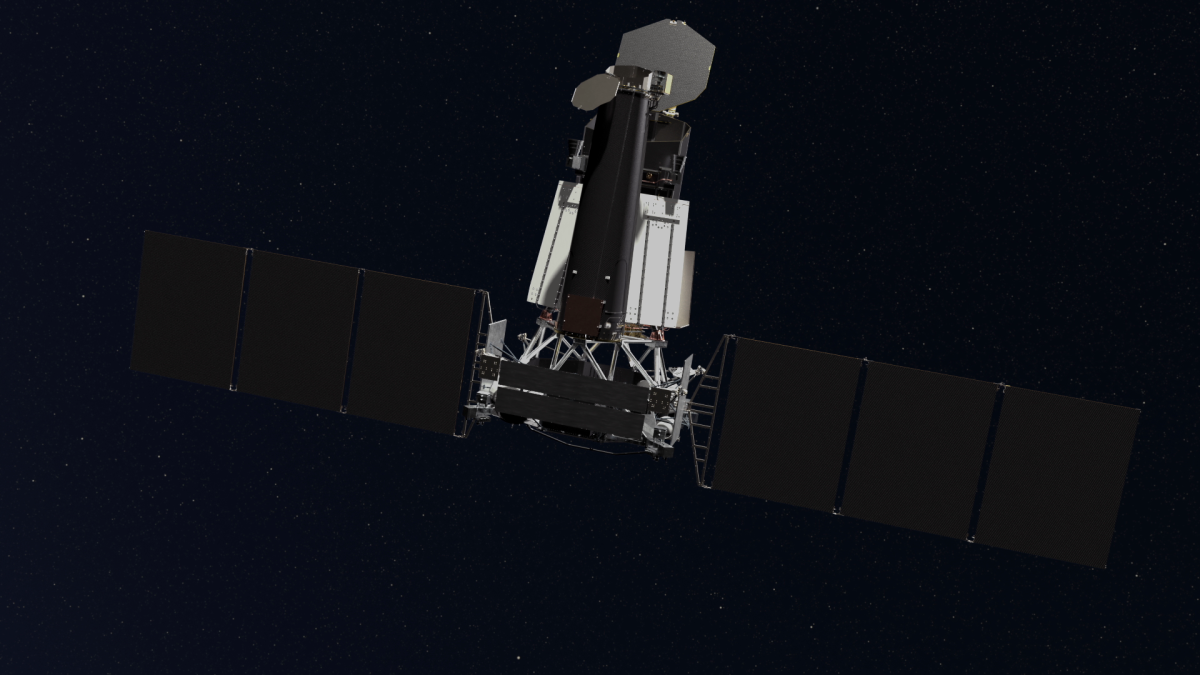 Russia wants to restart a German black-hole searching telescope that went to space aboard a Russian satellite in 2019. Germany ordered the telescope mothballed in early March in response to Russia’s February invasion of Ukraine.

The telescope, called eROSITA and mounted on the Russian Spektr-RG spacecraft, scans the sky for sources of X-ray radiation (black holes and neutron stars) and works in tandem with Russia’s ART-X instrument that searches for supermassive black holes.

Dmitry Rogozin, the head of Russia’s space agency Roscosmos, has vocally supported the invasion, including threatening to withdraw from the International Space Station partnership. On Saturday (June 4), Rogozin said on Russian TV that Russia plans to switch eROSITA back on without German permission, according to German website Deutsche Welle (opens in new tab).

“I gave instructions to start work on restoring the operation of the German telescope in the Spektr-RG system so it works together with the Russian telescope,” Rogozin said, according to Deutsche Welle. “They — the people that made the decision to shut down the telescope — don’t have a moral right to halt this research for humankind just because their pro-fascist views are close to our enemies.”

Space.com reached out to the Max Planck Institute for Extraterrestrial Physics, which operates eROSITA, but the institute declined to comment on the situation.

However, Russian scientists involved in the cooperation reportedly criticized the idea, saying that restarting eROSITA without German participation could damage the telescope.

“Our management of eROSITA is not easy and in some ways even risky, because we did not create this device and we did not operate it,” Alexander Sergeev, the president of the Russian Academy of Sciences, told the Russian news agency Interfax (opens in new tab) according to a Google translation.

But Rogozin seemed undeterred, and in a Telegram post (opens in new tab) attributed to him said in response to Sergeev’s statement that “Roscosmos specialists” will be “able to solve the tasks assigned to them without damaging the control loop of the German telescope,” according to a Google translation.

“The telescope was turned off not by the Germans, but by Russian specialists at the request of Germany,” Rogozin wrote in the unverified post, which is dated June 6. “Russian astronomers need a working observatory, not a de-energized piece of iron and glass dangling a million and a half kilometers [900,000 miles] from Earth.”

Ars Technica (opens in new tab) reported on Monday (June 6) that, according to unnamed German officials, restarting the scientific instrument without Germany’s participation “could cause damage to the telescope.”

Legally, the situation seems a bit murky. Russia, which launched the Spektr-RG spacecraft, is also registered as its only owner in the United Nations registry of space objects (opens in new tab), Christopher Johnson, a space law adviser at the Secure World Foundation, told Space.com.

“By being the registering state and the launching state, Russia’s control over the object is pretty strong,” Johnson told Space.com, referencing the Outer Space Treaty (opens in new tab), a United Nations document that sets rules for international cooperation in outer space. “Germany still owns eROSITA, despite it being on a Russian spacecraft, and both parties are under obligations to cooperate and show due regard to the other party, as well as not interfere with the other’s right to explore space and perform space science.”

Russia, however, might interpret Germany’s withdrawal from the cooperation as exactly that, an interference with their ability to do science, although Johnson said that argument does not necessarily justify restarting the instrument. “Russia does not have the right to explore space with another state’s telescope,” he said.

Things were going well for eROSITA before the invasion of Ukraine. The telescope, which observes the universe in X-ray, released its first batch of data to the scientific community in July 2021, revealing more than 3 million newfound black holes and neutron stars.