Reasons why the tech stock crash may be far from over 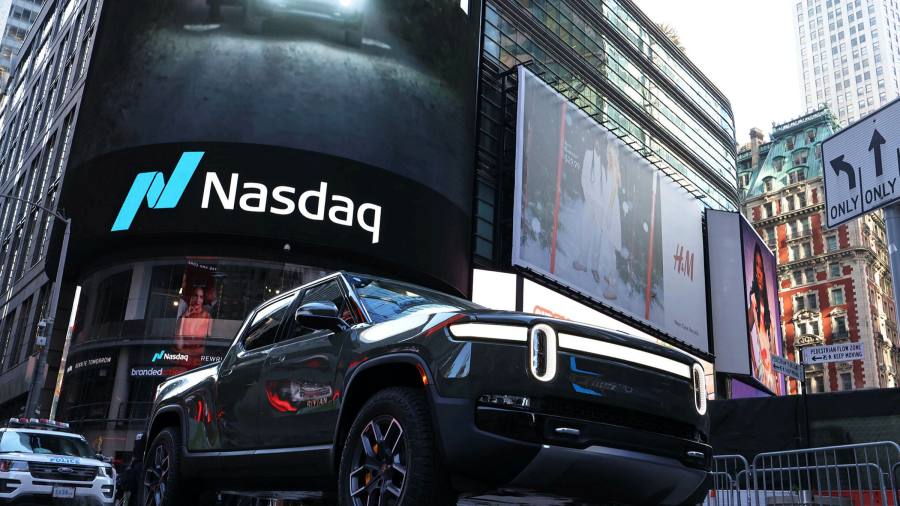 For anyone who watches the stock market for a living, the recent car crash in tech stocks has been mesmerising. There are plenty of reasons to believe it isn’t over.

This is not so much an issue for Big Tech, though the wealth erased since the start of the year is significant. Between them, the five biggest tech companies have shed nearly $2.6tn. That is a decline of 26 per cent, twice the drop in the Dow Jones Industrial Average.

There are still some serious questions. Amazon is suffering an uncharacteristically severe adjustment after a massive spending binge, while the issues facing Meta as the former Facebook tries to reposition itself as a metaverse company are little short of existential. But in general, Big Tech’s premium to the rest of the market has been largely erased and the companies’ defensive qualities are likely to show through in tougher economic times.

The axe is hanging, rather, over high-growth tech companies. This is where valuations became most stretched, and where the market is having most trouble finding its nadir. As investors grope for more appropriate financial yardsticks with which to judge these companies, as well as the right valuation multiples to apply to those metrics, volatility is likely to remain high.

Multiples of revenues were a favourite that growth investors used to chase stocks higher, at least until the turn that set in last November. On this measure, there is ample room for further declines, particularly since markets often overshoot on the way down as well as on the way up.

Zoom is now trading at less than six times this year’s expected sales, a far cry from the revenue multiple of more than 85 it peaked at in 2020. But Tomasz Tunguz at Redpoint Ventures calculated this week that even after a near-70 per cent fall, cloud software companies still trade at a 50 per cent premium to the price-to-revenue multiples they were at in 2017.

Revenue multiplies are also quickly falling out of favour as investors try to assess the sustainability of companies that were built for growth but are encountering financial shock and potential economic downturn. Both investors and tech executives are starting to turn away from two favourite profit measures that took hold among tech investors as the market boomed — earnings before interest, taxes, depreciation and amortisation; and net earnings that exclude stock compensation costs.

Dara Khosrowshahi, chief executive of Uber, told staff at the ride-hailing company this week that in a harsher financial climate it was time to ditch the company’s ebitda targets and become cash flow positive. After burning through nearly $18bn since 2016, it’s fortunate for him that Uber was already on the brink of reaching this milestone — though it will take a new focus on costs to become sustainably profitable on this measure. Many other tech companies, accustomed to the ready supply of cash in the good times, are still a long way from reaching the free cash flow milestone.

Handing out restricted stock to staff, meanwhile, has become a cash-free way for many companies to find talent in a red-hot tech labour market without hurting the measures of earnings Wall Street has paid most attention to. Workers have come to look on stock compensation as a guaranteed supplement to their regular income, rather than the option lottery it once was. As Dan Loeb of Third Point wrote to his investors this week that will force companies either to raise cash pay to keep workers happy or issue much more stock, something that will dilute existing shareholders but wouldn’t be evident to anyone still looking at non-GAAP measures of profits.

Meanwhile, there are many other companies that have no profits on any measure and very little in the way of sales, making it all the harder for the market to find a bottom.

Electric truckmaker Rivian reached a stock market value of $91bn at the time of its IPO last year despite having sold only a handful of vehicles. After plunging 80 per cent, Rivian may have found a floor of sorts: on Wednesday, it was trading at almost exactly its book value, thanks to the $15bn of net cash sitting on its balance sheet. That turned out to be a good foundation for a 14 per cent bounce on Thursday, after the company reported earnings.

Many companies in a similar position don’t have that kind of balance sheet to fall back on. That is particularly true of the Spacs, or special purpose financing vehicles, that were used to bring early-stage companies public. As the flight from risk continues, even today’s stressed valuations may come to look overly optimistic.