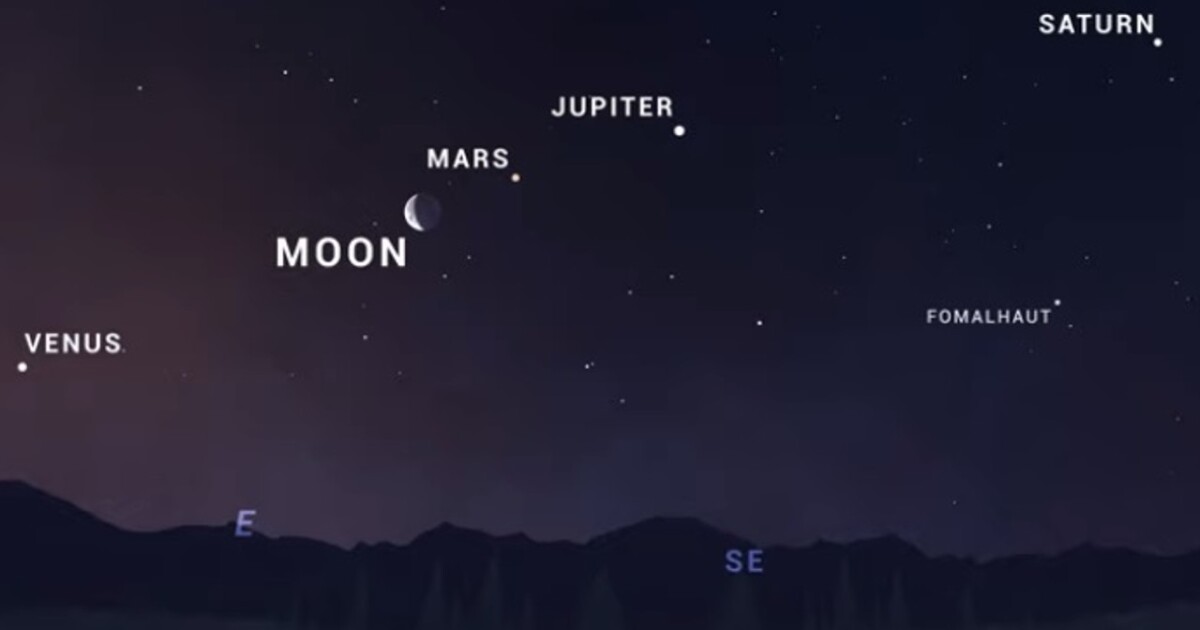 SALT LAKE CITY — A spectacular sky show is taking place that hasn’t been seen in almost two decades, and won’t be seen again until 2040.

The best part is that no fancy telescopes are needed, as the naked eye can easily see the phenomenon of five planets aligning in the night sky.

Sky and Telescope reports that all five planets; Mercury, Venus, Mars, Jupiter and Saturn also appear in their proper order from the Sun.

For most people, the planets will be visible across the lower eastern sky throughout the entire month just before the sun rises. While the show will go on all month long, Sky and Telescope said things will really get interesting on June 24 when the normally hard-to-see Mercury will come into its own.

Each morning, those looking up will be able to see the planets for about an hour before the sun washes them out.

The Washington Post reports the alignment of the five planets hasn’t been since since December 2004.

NASA is assembling a team to gather data on unidentifiable…