Politics isn’t everything, but it’s not nothing 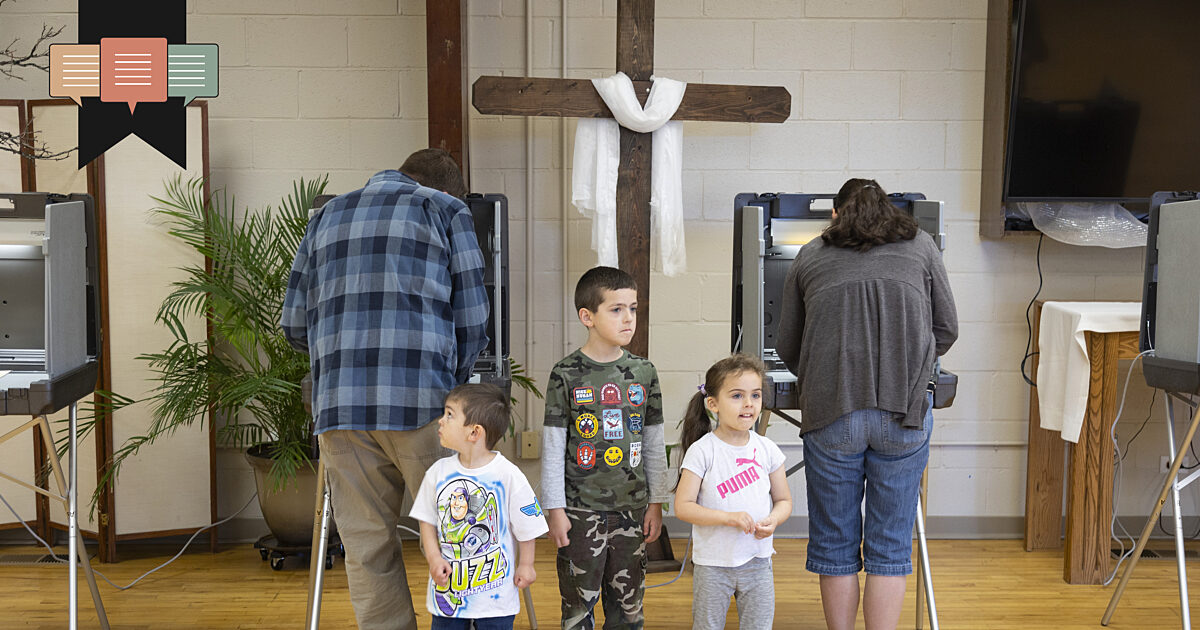 As an ethics professor, I’m in the business of answering questions on virtually every controversial topic under the sun. Not a day goes by where I’m not asked a question about how Christians should think about a given controversy and how to fix it.

Lately, I’ve found myself giving an explanation to these questions that, previously, I might not have immediately offered. A generation of Christian leaders who, sometimes rightly, were worried that believers cared too much about earthly kingdoms and not enough about God’s kingdom has warned against any overt Christian political involvement. In reacting against the excesses of some Christian political engagement, I fear that we’ve thrown the baby out with the bathwater. It’s time to think more deeply about the positive role that shaping political power can play in serving all.

Let me give an example of what I mean from a recent conversation. I was asked how Christians can prevent further attacks on religious liberty. On one level, there’s a cultural answer I should give, which is that Christians need to be diligent in protecting the good of religious exercise because religion provides a foundational role in people’s lives, especially in how they live. They’re owed religious liberty because individuals should have the freedom to live according to their deepest convictions. That means we need to make good arguments to defend religious liberty from attacks and diminishment.

But there’s another answer I should give: If you want to protect religious liberty, you should not vote for candidates who are going to chip away at it.

Hear what I’m saying and what I am not saying. I’m not saying that politics is a universal salve that can solve everything. Overreliance on politics is a problem, and I can point to examples where Christians have invested too much fervor in election cycles. But there’s an equal and opposite error: ignoring politics. Neglect of politics can come in two forms. First, it can simply undervalue the way tactical, on-the-ground electoral politics can reform civil society. Second, consider an error I’ve seen from a whole cottage industry of Christian thought leaders: the belief that engagement in politics is “selling your soul” or exchanging the cross for power. That’s how some try to shame Christians for caring about the political shape of their culture.

The goal is to find a balance between political excess and retreat. Christian interest in politics is bad if it is about protecting self-interest over and against others. If that’s what motivates you, then politics isn’t your problem—selfishness at the expense of others is. But if Christianity is built around the proposition that truth exists and that society should be aligned as much as possible with it, then a society where Christians are engaged in politics ought to be one more in line with God’s plan for creation order.

There is constant debate about whether culture changes politics or politics changes culture. That answer is yes—both are bound in an inextricable, reciprocal relationship. Christians need to care about culture, but they also need to care about politics. One affects the other and vice versa.

“Politics” is not simply an abstraction. Legislatures are comprised of people with consciences, and the forces shaping those consciences will either be in the direction of truth or falsehood. Politics is the nitty-gritty exercise of stewarding God-ordained authority for just ends that serve and benefit the common good, not just Christians. It is no compromise of one’s Christian witness to see the value of politics if it is meant to serve all equally in the interest of justice. Politics is simply one way to love your neighbor in the aggregate.

I’ve seen this firsthand in Kentucky, where I live. I’ve seen a quiet revolution take place over the last decade. I’ve seen how Christians involved directly in the political process—from drafting candidates and equipping them, to briefing officials once they’re elected—can profoundly affect the shape and contours of a society. Today, Kentucky is more amenable to a culture of dignity and religious liberty than it was a decade ago. And that could not have happened without Christian involvement in politics.

Christians are called to change hearts and minds for Jesus Christ. Perhaps we should consider that the political arena is not exempt from this assignment.

Prehistoric tooth of young girl found in Laos could help…