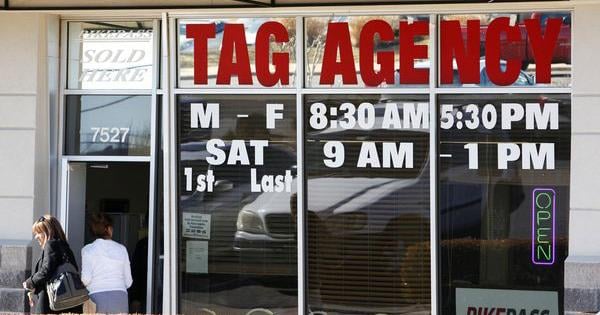 Abortion bill: Oklahoma’s latest abortion legislation attracted comments from all sides of the issue, including the White House.

“The President believes that women have the fundamental right to make their own reproductive health choices,” Karine Jean-Pierre, press secretary for President Joe Biden, said in a written statement. “Today’s action by the Oklahoma legislature is the most extreme effort to undo these fundamental rights we have seen to date.

“This is part of a growing effort by ultra-MAGA officials across the country to roll back the freedoms we should not take for granted in this country. They are starting with reproductive rights, but the American people need to know that other fundamental rights, including the right to contraception and marriage equality, are at risk.”

On the other side is the Susan B. Anthony List, which praised the Legislature and Gov. Kevin Stitt:

“Oklahomans are sending a strong message that all unborn children and their mothers in the Sooner State deserve urgent protection from the brutality of abortion,” said the organization’s president, Marjorie Dannenfelser. “Oklahoma’s strong pro-life protections could save as many as 3,800 lives a year.”

Service Oklahoma combines elements of the Oklahoma Tax Commission and Department of Public Safety into a new unit within the Office of Management and Enterprise Services.

“We didn’t get to this point overnight, and we won’t solve it overnight,” Kerbs said. “But as this system begins to roll out, Oklahomans will start to see vast improvement in the delivery in these services.”

A group of House Republicans asked state Attorney General John O’Connor to look into “stopping shipments of baby formula to the Southern Border.”

According to USA Today, the U.S. is required under the terms of a 1997 court settlement to provide necessities, including baby formula, to detained immigrant minors. It is unclear how much baby formula that entails.

The story says photos circulating on the internet that purport to be of a stockpile of formula for immigrant babies is in fact of personal protective equipment in Los Angeles in 2020.

Gubernatorial candidate and State Superintendent Joy Hofmeister lauded passage of House Bill 3564, which if signed by Stitt would provide up to $25,500 in scholarships and other financial benefits to teacher education students through the first five years of their careers.

A key member of the Attorney General’s Office, Solicitor General Mithun Mansinghani, has left for private practice. Mansinghani represented the state in many of its most high-profile cases, including those argued before the U.S. Supreme Court.

U.S. Senate candidate and state Sen. Nathan Dahm, R-Broken Arrow, could not get a vote on his resolution to declare June 14 President Donald J. Trump Day.

June 14 is Trump’s birthday but perhaps is best known in the U.S. as Flag Day. It is also National Bourbon Day, International Bath Day and World Blood Donor Day.

Elections and campaigns: A survey of Republican voters by SoonerPoll for Griffin Communications (KOTV Channel 6 in Tulsa) shows Stitt and U.S. Sen. James Lankford comfortably leading their primaries and a lot of indecision in the other statewide GOP primaries.

Second District Congressman Markwayne Mullin led the 14 Republicans vying to succeed retiring U.S. Sen. Jim Inhofe at 38%, followed by former Oklahoma Speaker of the House T.W. Shannon at 16%. No one else reached double digits, with undecided at 31%.

The Republican candidates for state superintendent and treasurer were all below 10%. In both races, undecided was above 75%.

Alex Gray, one of the 14 Republicans in the field to succeed Inhofe, attacked Shannon for supporting state tribes in the McGirt case.

Shannon is a Chickasaw citizen and headed the Chickasaw Nation’s bank before resigning to run for Senate.

Some Republicans, including Stitt, have sought to make McGirt an issue by portraying Tulsa and eastern Oklahoma as a lawless no man’s land because of the landmark U.S. Supreme Court decision.

Lahmeyer, who is challenging Lankford in one GOP Senate primary, endorsed Dr. Randy Grellner in the special election to succeed Inhofe.

Grellner said he was endorsed by the Phyllis Schlafly Eagles.

O’Connor said the Oklahoma 2nd Amendment Association gives him an “A+” rating.

Meetings and events: Oklahomans for Criminal Justice Reform will highlight “the resilience of formerly incarcerated mothers” during a 5:30 p.m. Thursday event on the roof of the Reunion Apartments, 9 E. Fourth St.

A sketch comedy fundraiser is planned by the Tulsa County Democratic Party for 7 p.m. June 3 at the Spotlight Theater, 1381 Riverside Drive.

Editorial by the Pittsburgh Post-Gazette | A new era of…