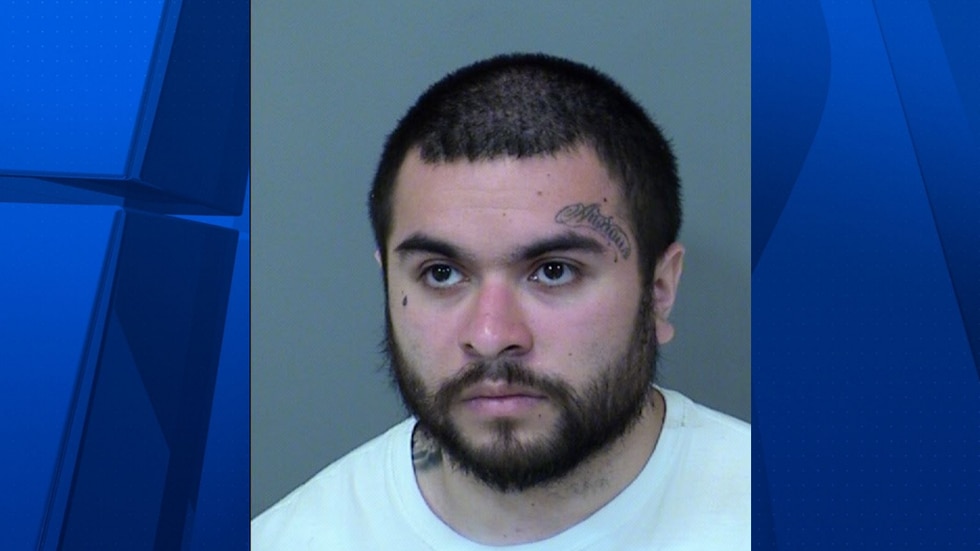 PHOENIX (3TV/CBS 5) — Police say a single gunman was behind 11 drive-by shootings in south and west Phoenix during the last six months and they used “advanced technology” to catch him. Officers arrested 24-year-old Manuel Sierra on Wednesday in Buckeye.

According to police, Sierra targeted multiple members of one family after dating someone related to them. The first shooting happened on New Year’s Eve after Sierra allegedly shot up a home and two cars near 25th Avenue and Baseline Road. After that, Sierra shot at houses and cars twice in March, six times in April and twice in May, with the latest happening on Wednesday.

There were people inside the houses in half of the shootings, but no one was hurt, police said. Sierra also sent threatening texts to family members, according to police. “The violence potential and the violence shown in these instances is unacceptable and the Phoenix Police Department does everything it can in investigations like these to identify these suspecting and hold them accountable by arresting them and letting them go through the justice system,” said Phoenix Police Sgt. Ann Justus.

Police said investigators used advanced ballistic evidence techniques, spent hours analyzing digital evidence and looked at hours of surveillance videos to find Sierra. “The result of this case was the process of meticulous investigations in each one of these incidents,” said Justus. Sierra was arrested in the area of 238th Avenue and Twilight Trail and booked into jail on 18 felony charges.

Sagittarius A* in pictures: The 1st photo of the Milky…