Perspective: The personal need not be political 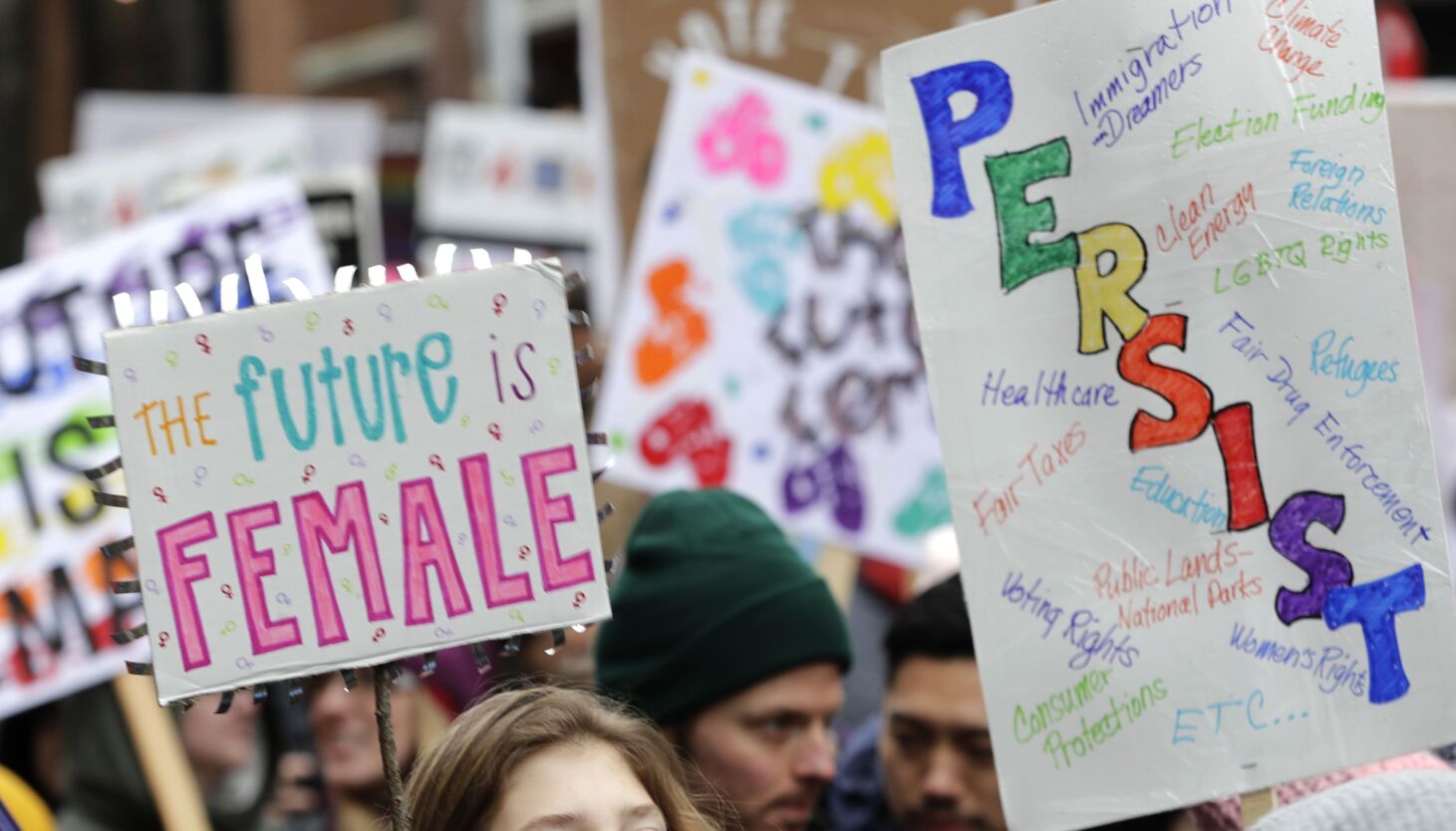 Maybe it’s not always a good idea for the personal to be political.

A recent article in The New York Times Magazine, called “The Feminist Case for Breast Reduction,” describes the decades-long struggle of the author to decide whether to have the elective surgery. What happened to Melissa Febos at the age of 11 when she entered puberty will be familiar to many women.  “My transformation inhibited me both physically and socially,” she writes.

“I couldn’t run anymore, partly because it was uncomfortable — sports-bra technology had not developed enough to bind a chest like mine on a body my age — but moreover because I could not be seen running. I stopped playing sports, stopped playing outside altogether.”

Even worse, Febos said, was that she was pursued by boys and despised by girls, and in her immature concessions to her overly mature body, developed a reputation that made things worse. She said she was “relentlessly harassed” at school.

For the past 25 years, Febos says, she has wanted to change herself. “By the time I was 12, my body felt like a disguise that I couldn’t take off.”

To be sure, it is a heart-wrenching story. But when I read personal stories like this, tales that reek of emotional pain, I can’t help but notice not just who is in the story, but who is absent.

Where were the adults in this child’s life when all this was going on? Did her mother try to help her find ways to be active while also feeling comfortable? (As someone a little older than Febos, I am skeptical that the technology was not available. The sports bra was invented in 1977.) Was there anyone who might have helped her dress more modestly in order to hold off some of the attention of the boys?

Was there a father in her life who might have presented a model of how boys are supposed to behave — and ensure that the ones around her were not allowed unfettered access? Where were the teachers and other adults who might have prevented all this harassment?

We don’t hear about them. Febos only mentions her mother when she explains that “I grew up in the 1980s and ’90s, thumbing through my mother’s issues of Ms. (magazine) and occasionally attending NOW meetings with her.” But she had guidance from feminist leaders she didn’t know.

She learned from feminist theorist Kathy Davis that cosmetic surgery was “regarded as an extreme form of medical misogyny, producing and reproducing the pernicious and pervasive cultural themes of deficient femininity.”

A friend’s mother took her to hear Gloria Steinem give a speech. There she learned that feminism was okay with plastic surgery because women should have the freedom to do whatever they want with their bodies.

Febos goes back and forth, trying to reconcile how she felt about her body with feminist ideologies. “I knew that as a woman, I was permitted by social conventions to modify my body only in certain ways. I could get manicures, shave and wax off half of my body hair, maintain a hairstyle, exercise for hours daily and wear makeup. My conception of feminism also permitted me to cover myself in tattoos. … To change my body through cosmetic surgery, however, would violate the often-conflicting ideologies behind these allowances.”

The biggest question of all, though, is why any of these ideologies mattered to Melissa Febos. Having surgery to reduce the size of your breasts is a deeply personal decision. It is one that impacts not only how you are seen in the world but also your health, your relationship with your partner and with any future children you might have. The idea that it should be impacted by the political theories of academics or activists is bizarre. Imagine wasting all those years of your life worrying about what Gloria Steinem or Betty Friedan would have thought of your personal decisions.

Feminism has placed a strange burden on women, trying to make each feminist an exemplar of the cause. But this is not how real people live or make decisions. And it’s certainly not a way to achieve happiness or fulfillment.

I don’t know whether Febos made the right decision or the wrong one — people have certainly undergone cosmetic surgery for more frivolous reasons — but her story seems more like tragedy than a tale of triumph over adversity. It is tragic that the adults in her life did not protect her when she was younger, that she loathed her body for so long and that her parents never gave her the tools to make momentous decisions sans the blessing of political activists.

Naomi Schaefer Riley is a senior fellow at the American Enterprise Institute, a Deseret News contributor and the author of “No Way to Treat a Child: How the Foster Care System, Family Courts, and Racial Activists Are Wrecking Young Lives,” among other books.