Opinion: Some Republicans are trying to strip away the independence of the Utah Debate Commission 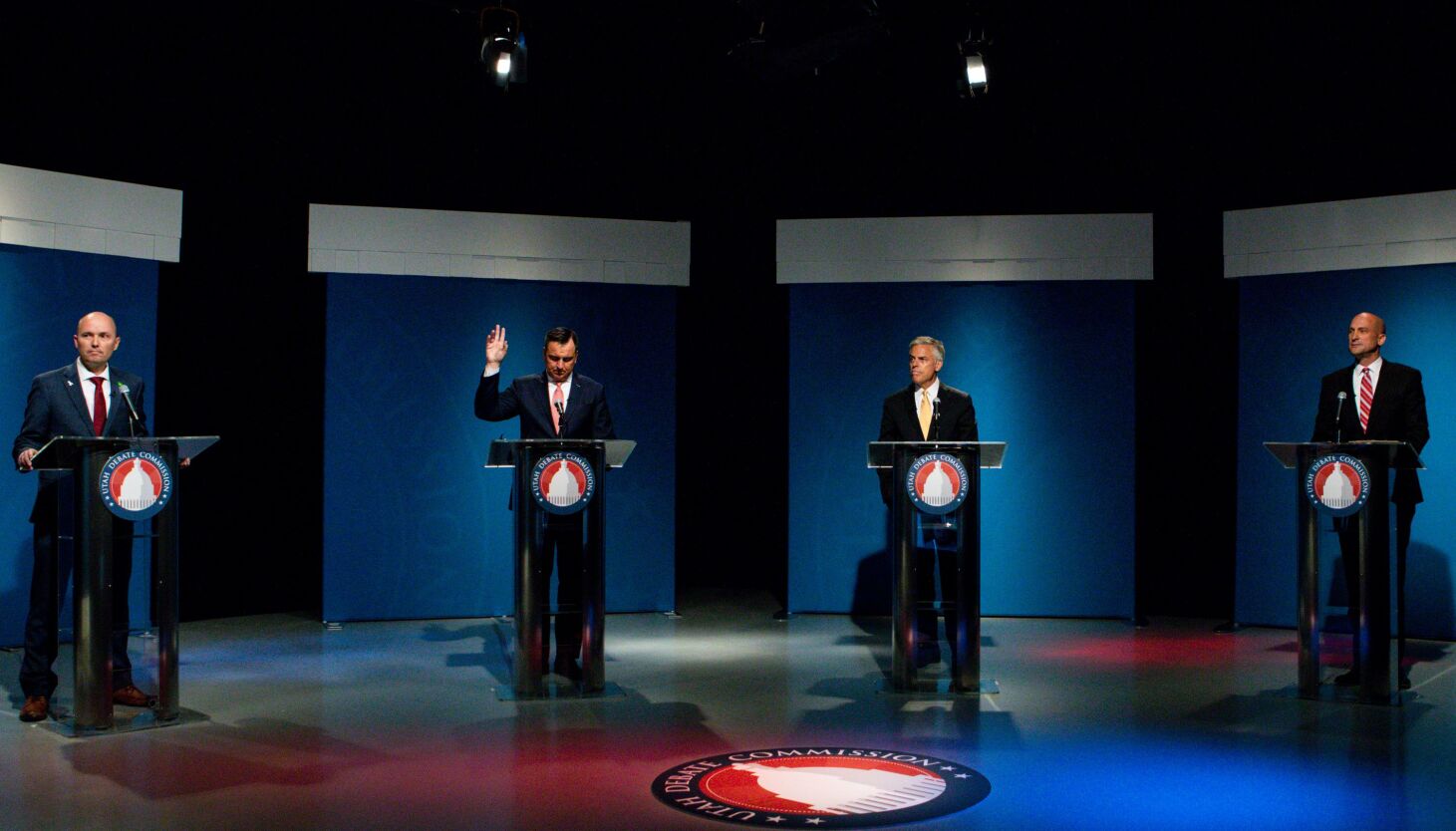 In August 2013, an unusual meeting was held at the Salt Lake City-County Building. Academics, community leaders and representatives of the Utah broadcast and print media met to change the way political campaigns operated in Utah. They gathered to form the Utah Debate Commission.

The Utah Debate Commission is a nonpartisan, independent organization designed to sponsor, host and produce impartial and substantive debates that allow candidates and voters to talk to each other about issues. The debates are held every other year and feature candidates for statewide and federal office. Thanks to the generosity of the media partners on the debate commission, these debates are televised live across the state for the benefit of the voters who have decisions to make on election day.

The commission sets the format, recruits the moderators and determines the dates of the debates. That is done without consultation with candidates or parties because candidates are inclined to want all of those features to be constructed to favor them. So, the commission avoids letting them make those decisions. That makes the commission independent.

The commission is not new to the process of debate organizing. This is the fifth election cycle where the commission has organized high-quality debates. These have been debates for U.S. senator, U.S. Congress, governor and attorney general.

Utahns may not realize that such state debate commissions are not common across the nation. Only four such commissions exist currently. Utah is fortunate to have one. Two of those — Washington and Ohio — were created after ours. And they drew on Utah’s model.

Recently, I have attended Zoom calls with debate organizers across the nation. They marvel at how successful Utah has been in implementing the independent state debate commission model. They admire Utah for the commission’s ability to obtain live television coverage, routine participation by candidates and a wide viewership.  And to do that consistently for eight years now.

Utahns have a rare gift — an organization that will give them fair, informative, independent debates. I don’t believe they want debates that are run by an organization with a clear political agenda and will not ask the hard questions voters need to hear answers to.

In an era of partisanship, the Utah Debate Commission is needed now more than ever. The efforts by the Utah GOP make that point very clearly. If Utahns want their nearly unique independent organization to continue rather than be subject to partisan control, it is time to speak up before it is too late.

Richard Davis is a co-founder of the Utah Debate Commission and the current president of the State Debate Coalition, the umbrella organization of state debate commissions.

Note: Deseret News Executive Editor Doug Wilks is a board member of the Utah Debate Commission.