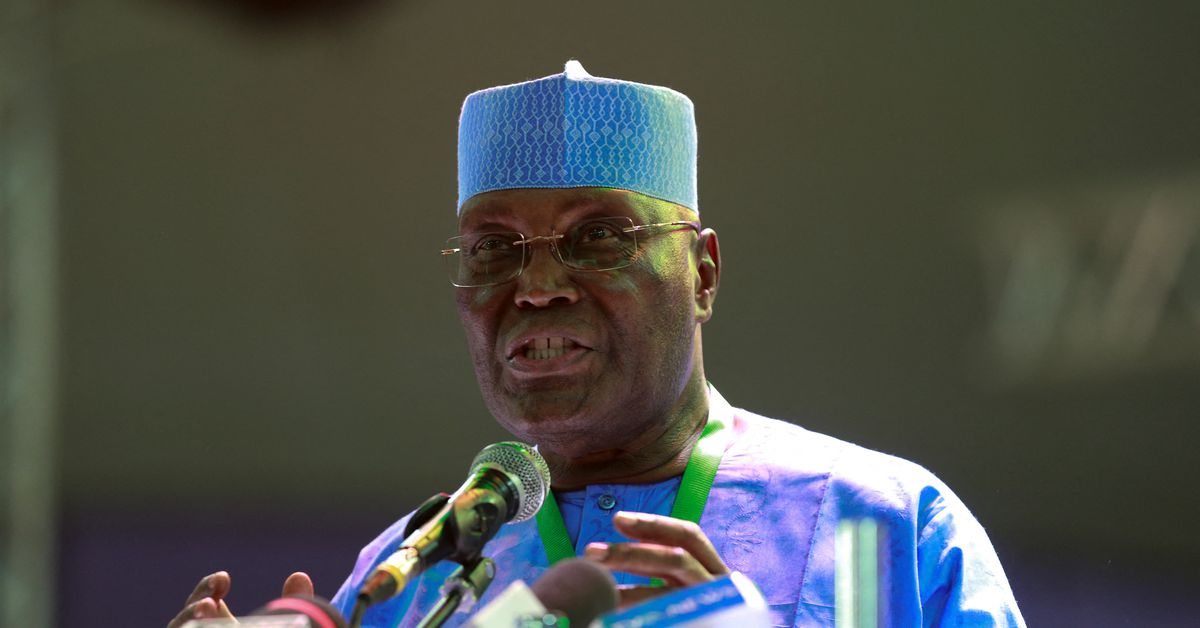 ABUJA, May 28 (Reuters) – Nigeria’s former vice president, veteran politician Atiku Abubakar, will run for president again next year after the main opposition party picked him as its candidate to stand in elections to succeed incumbent Muhammadu Buhari.

Abubakar, 75, lost to Buhari during the last election in 2019, which he claimed was rigged. But Buhari will not be on the ballot next year when the second of his two four-year terms comes to an end.

The People’s Democratic Party (PDP) party, which ruled Nigeria after military rule ended in 1999, was ousted from power by Buhari’s All Progressives Congress (APC) party in 2015. The PDP is vying for a return to governing Africa’s biggest economy.

In his acceptance speech, Abubakar reiterated his campaign promise to end insecurity in the country and revive its fragile economy, among other pledges, and promised to work with his opponents.

“I therefore pledge that I will restore unity. I also committed that I was going to deal decisively with the security situation in this country,” said Abubakar.

Abubakar has stood in six primaries, and next year’s vote will be his third presidential bid.

From 1999 to 2007, he was vice president to Olusegun Obasanjo, the first Nigerian leader after the end of decades of military rule.

Abubakar’s main opponent will be from the ruling APC party, which will choose its candidate at a special convention to be held from June 6-8. The APC postponed its presidential primary from Sunday after the electoral commission extended the deadline for political parties to choose their candidates.

Twenty-five candidates from the APC have registered to take part in the primaries. Vice President Yemi Osinbajo and former Lagos state Governor and party heavyweight Bola Tinubu are seen as the ruling party’s front-runners.

Buhari’s successor faces several challenges, from insecurity marked by kidnappings for ransom in the northwest, an Islamist insurgency in the northeast, secessionist violence in the southeast, and a struggling economy and high inflation.