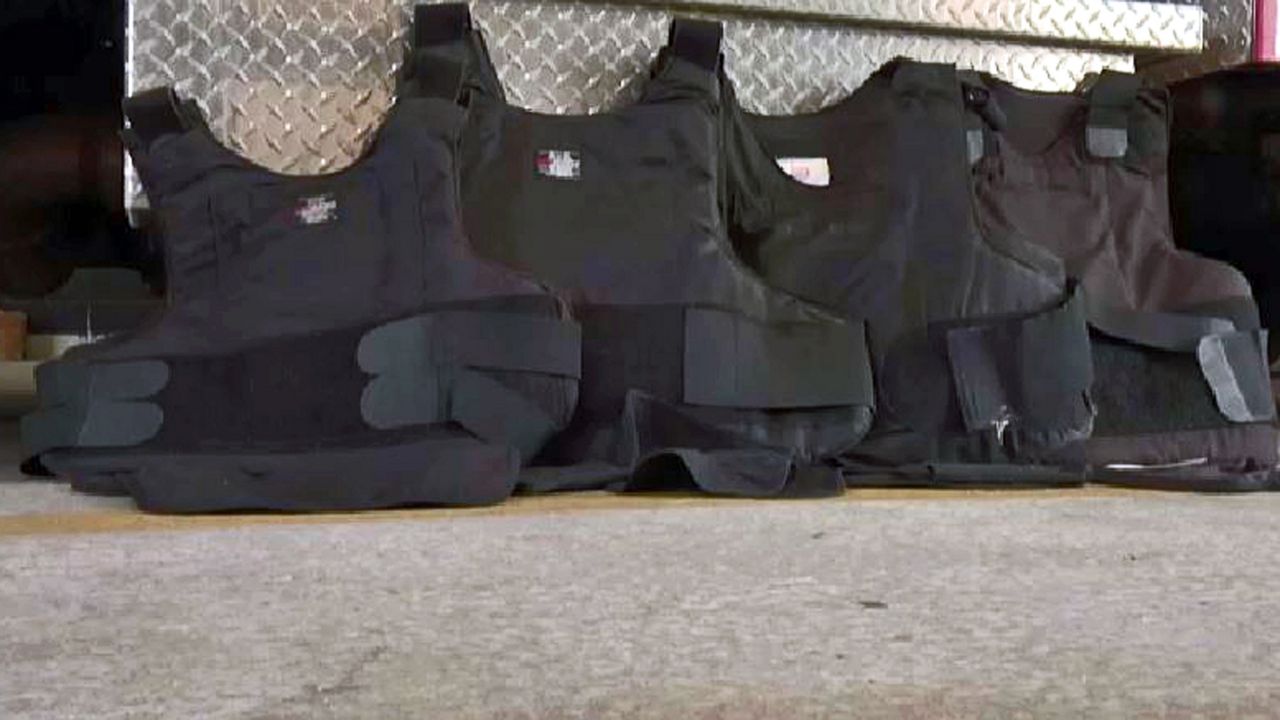 BUFFALO, N.Y. — Police say a retired Buffalo officer working security at the scene of the Tops supermarket massacre may have been able to stop the alleged shooter had he not been wearing a bulletproof vest.

Ryan said over the last decade, body armor has been used in about 20 mass shootings.

“Why the heck are we selling body armor to civilians that have nothing to do with public safety?” he asked.

Effective in early July, it will be illegal in New York for vendors to sell bulletproof vests to most civilians. Gov. Kathy Hochul signed the legislation co-sponsored by Ryan this week.

The first offense is a misdemeanor and any subsequent offense will be a felony.

“I don’t know anybody who wears body armor unless they’re in law enforcement or security, so there’s been a proliferation of sales, but I’ve never met anybody who walks around with body armor on,” Ryan said.

The legislation allow vendors only to sell to people in law enforcement and law enforcement-adjacent occupations with proper identification at the point of sale. It applies to in-person and online sales.

“Everything was rushed at the end of session for political reasons and leaving this for rules to be promulgated by the Department of State as to who and who cannot get them is going to become very political,” said Republican state Sen. George Borrello of Sunset Bay. “It’s going to be a very narrow scope so that’s absolutely the main reason why I voted against it.”

Borrello was one of only eight state senators who voted against the bill. He believes if the Legislature took more time, it would have found more subsections of New Yorkers who believe body armor is necessary.

“I spoke to a group of doctors that actually show up in situations in questionable neighborhoods that want body armor for them to purchase,” Borrello said. “What about the taxi driver? What about a guy that works at a convenience store overnight?”

The legislation only applies to sales and people who already have bulletproof vests won’t be arrested for wearing them, nor will the vests be seized.

The race to arm Ukraine highlights West’s worry of losing…