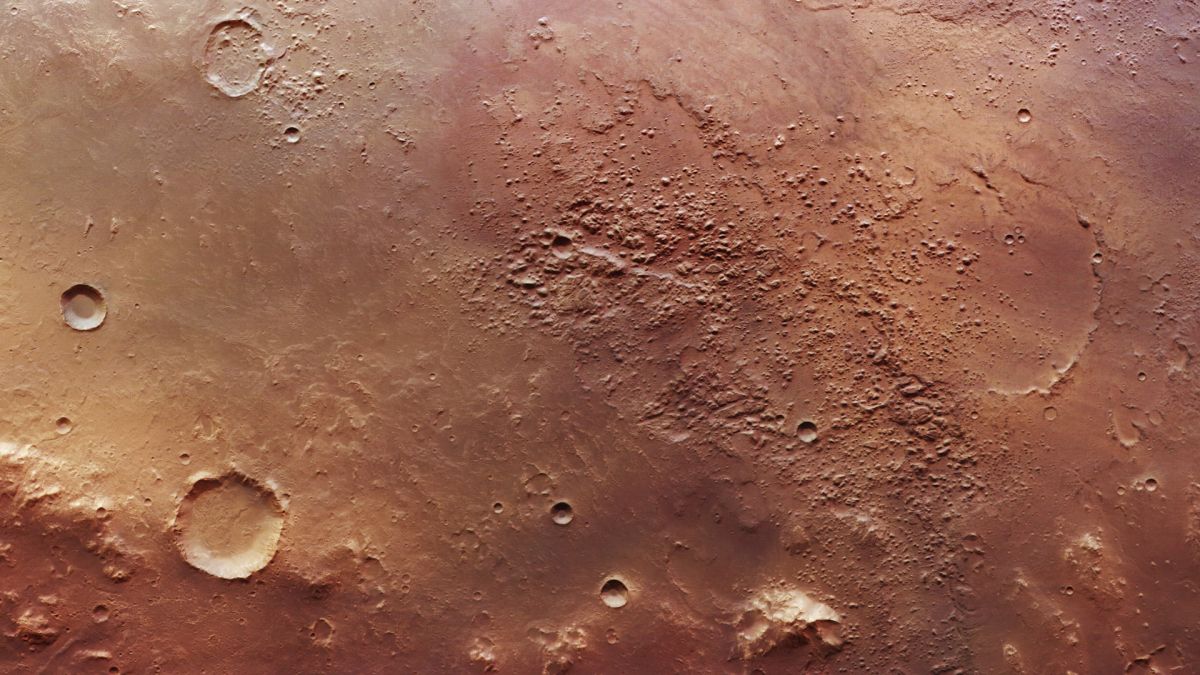 The European Space Agency’s Mars Express spacecraft captured impressive images of the Holden Basin on Mars, part of an area key for the ongoing search for life on the Red Planet. The images and further investigation of the region  could help reveal how water once flowed across the Martian surface.

The Holden Basin forms part of the series of channels and sinks that comprise the Uzboi-Ladon-Morava (ULM) outflow system on the southern hemisphere of Mars. This system has become an important target for Mars orbiters such as Mars Express because scientists think it could once have drained as much as 9% of the Red Planet’s water.

Before Mars lost its water approximately 4 billion years ago, possibly due to the Martian atmosphere being stripped by harsh solar radiation which allowed water vapor to ‘leak’ into space, liquid water would have flowed through channels that drain into the Argyre Planitia.

From this 1,100-mile wide (1,770 km) plain that drops as deep as 3.2 miles (5.2 km), water would have flowed through the valley called the ‘Uzboi Vallis’ past the area now marked by the Holden Crater — which was created later in the planet’s history.

Water would then have collected in the Holden Basin before streaming through Ladon Valles — an ancient river valley system leading to the 274 miles (440 km) wide Ladon Basin.

The new image reveals a distinct crater south of the basin, and basin walls that gently slope to a depth of around 5,000 feet (around 1,500 meters) below the surrounding Martian surface.

The northeastern side of the Holden Basin, meanwhile, shows where water would have flowed from this reservoir to the Ladon Valles. Scarring and rough terrain is visible in the image, likely created by the melting of water ice beneath the Martian surface.

Where there is water there is a chance of life

The European Space Agency (ESA) said in a statement (opens in new tab) that experience with our own planet shows that water and life go hand in hand. Scientists are keen to learn if the same could be true for Mars billions of years ago.

The soils in Ladon Valles and Holden Basin contain phyllosilicate, a type of mineral  which includes clays created by the interaction of rock and water  that have been linked to the origins of life on Earth. Phyllosilicates in these regions are present in layered deposits that could have acted as a reaction center for organic molecules , the building blocks of terrestrial life. It is for this reason that scientists are so interested in the area.

Holden Crater likely formed following an ancient asteroid strike when material ejected by the impact fell back to the planet’s surface and filled the older Holden Basin, which had  formed by an earlier impact in the planet’s history.

Because the Holden Crater shows no evidence of water flowing through it in the past, scientists believe that it must have formed after the ULM system had dried out.

Because of its geological significance and potential to harbor evidence of ancient life, the Holden Crater was shortlisted as a landing site for both the Curiosity and Perseverance rovers, but lost out to Gale Crater and Jezero Crater respectively.

Mars Express, which has been imaging the Martian surface and atmosphere from the planet’s orbit since 2003, is now ensuring the area is well-investigated.

Astronauts’ blood shows signs of DNA mutations due to spaceflight