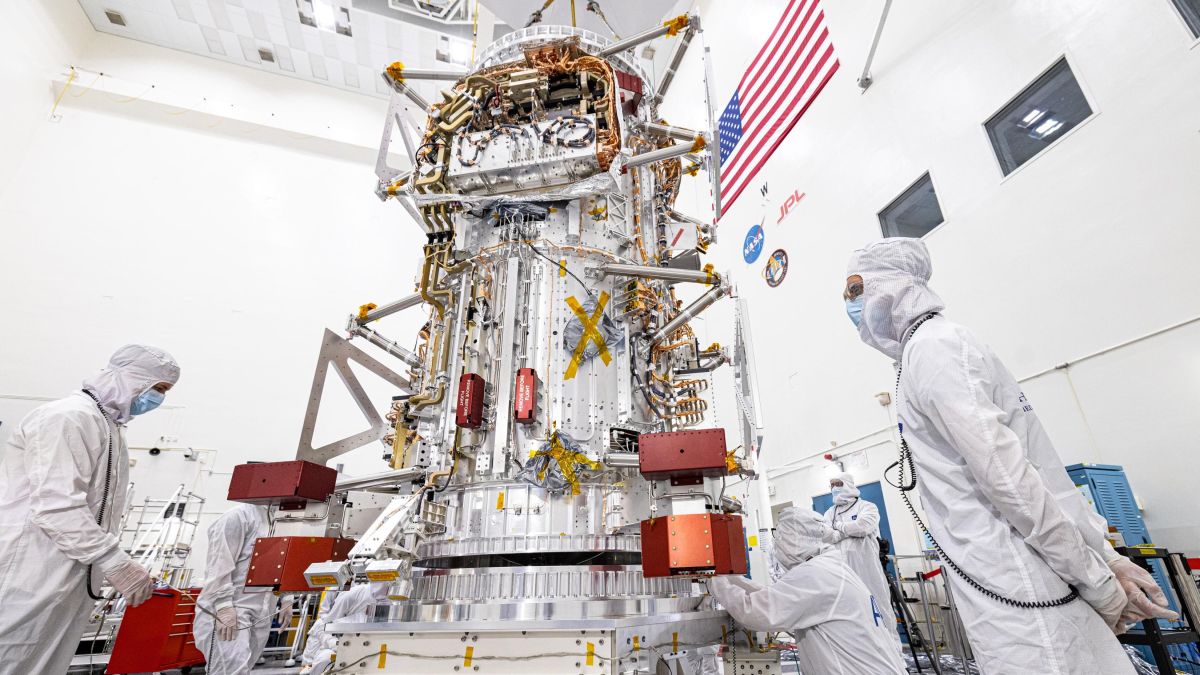 NASA’s Europa Clipper mission is one step closer to starting its journey to Jupiter’s icy moon.

The main body of Europa Clipper is an aluminum cylinder that clocks in at 10 feet (3 meters) tall and 5 feet (1.5 m) wide. Fitted out with integrated electronics, cabling and propulsion system, the spacecraft body arrived at NASA’s Jet Propulsion Laboratory (JPL) in southern California in early June.

“It’s an exciting time for the whole project team and a huge milestone,” Jordan Evans, the mission’s project manager at JPL, said in a statement (opens in new tab). “This delivery brings us one step closer to launch and the Europa Clipper science investigation.”

Engineers and technicians will now work on the assembly of Europa Clipper — including integrating the mission’s nine science instruments — to prepare the spacecraft for launch on a SpaceX Falcon Heavy rocket in October 2024.

The Europa Clipper, named for the three-masted, ocean-going merchant ships of the 19th century, plans to conduct nearly 50 flybys of Europa, an icy moon of Jupiter that scientists believe has an internal ocean containing twice as much water as Earth’s oceans combined.

Scheduled to arrive in the Jupiter system in 2030, the spacecraft will use its suite of instruments to gather data about Europa’s atmosphere, surface and interior to begin to answer questions about the moon’s habitability.

Europa Clipper will also scout for potential water plumes venting samples of the theorized subsurface ocean out through Europa’s fractured and crisscrossed crust.

HTC’s own ‘metaverse phone’ is launching on June 28

Can this technology be an answer to farmland water use…