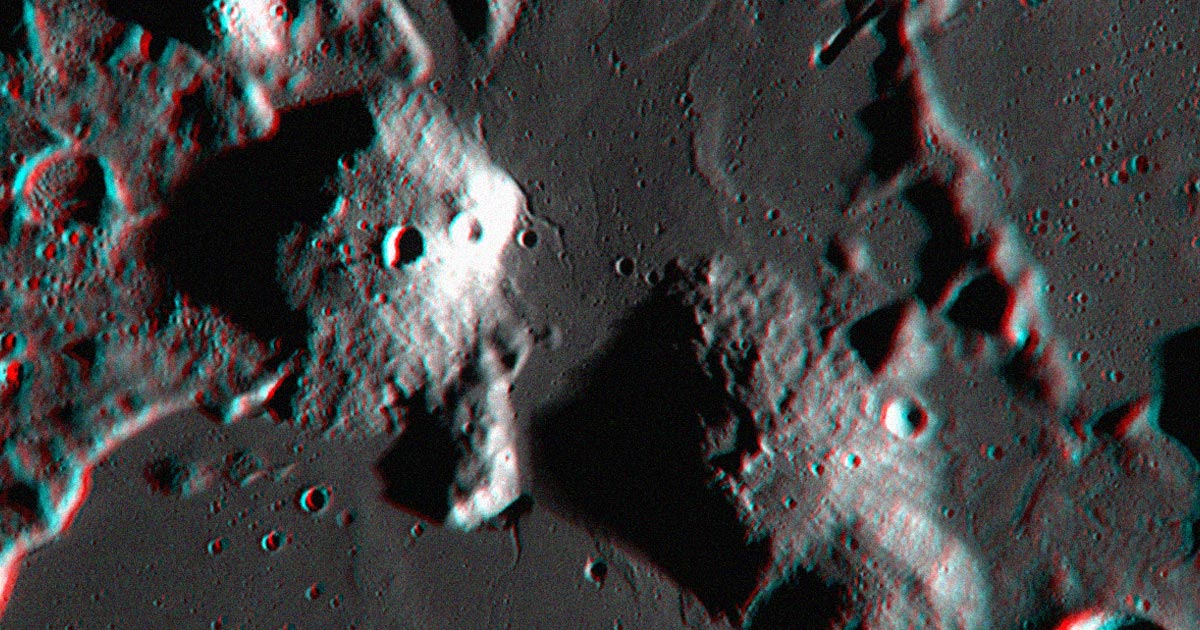 Mysteries of the Moon…

NASA’s list of scientific investigations on the Moon just keeps on growing ahead of its ambitious plans to return astronauts to the lunar surface.

The space agency is trumpeting a new top priority: the exploration of puzzling geological features called the Gruithuisen Domes, two mysterious mounds of granite-like rock that scientists suspect were formed by silica-rich magma.

What makes them so unusual is the fact that this type of magma usually only forms on Earth in the presence of both water and volcanic activity caused by shifting tectonic plates — neither of which are present on the Moon.

NASA is already planning on sending two separate sets of scientific instruments to the surface of the Moon, one of which it says will get an up-close look at the mysterious domes.

NASA is hoping to leverage its private space industry connections to launch the Lunar Vulkan Imaging and Spectroscopy Explorer (Lunar-VISE), a suite of five instruments, two of which will be mounted to a stationary lander and the remaining three to a mobile rover.

The Explorer will have ten Earth days to climb the summit of one of the two Gruithuisen Domes to explore its chemical composition, hopefully uncovering its mysterious origins.

The agency is hoping that Lunar-VISE’s findings could help out future missions to the lunar surface as well.

The other mission, called the Lunar Explorer Instrument for space biology Applications (LEIA) science suite, “will study the effects of the Moon’s low gravity and radiation environment on yeast, a model organism used to understand DNA damage response and repair,” as Joel Kearns, deputy associate administrator for exploration in NASA’s Science Mission Directorate, explained in a statement.

NASA is hoping to launch both of these payloads to the Moon by the year 2026 — if, that is, everything goes according to plan.

More on the Moon: We Just Got the First Peek at NASA’s Artemis Moon Landing Suits

The Environment Is Saved! We’re Putting Trees on the Blockchain