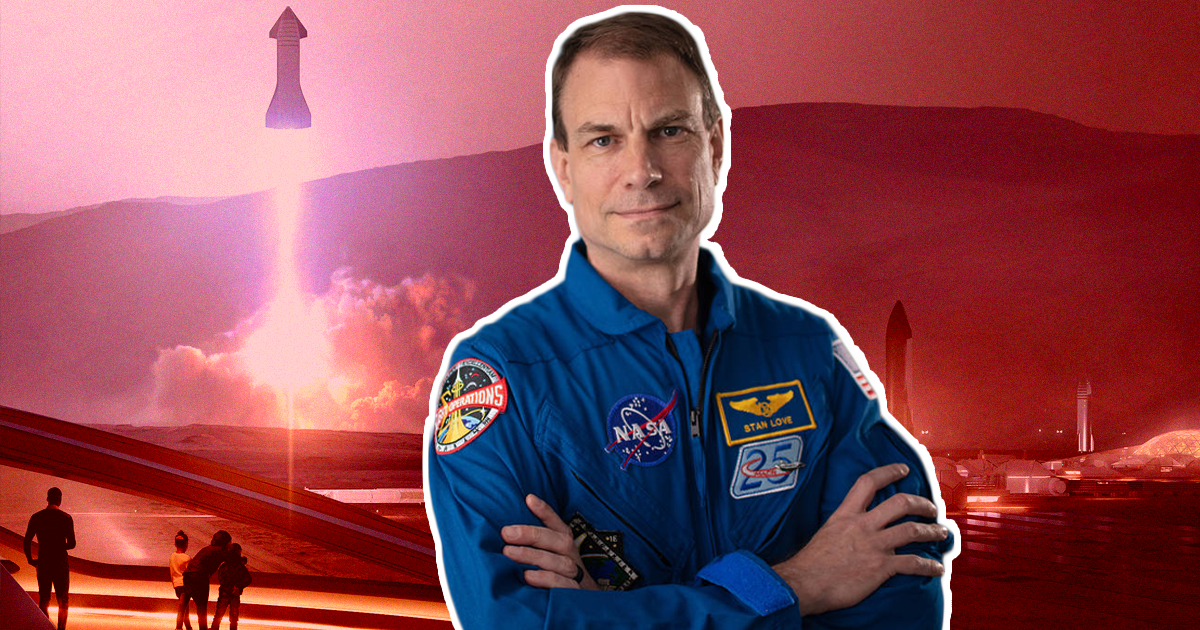 To some, colonizing Mars with billionaire SpaceX CEO Elon Musk is a lifelong dream. To others, including longtime NASA astronaut Stanley Love, it sounds like pure misery.

“I think it would be horrible,” he continued.

Love told the outlet that his feelings are informed by an experience he had living in Antarctica for several months. According to the astronaut, he and several others were living on the field, with just small tents for housing.

“They take away a bunch of garbage and they brought us three ping pong ball-sized wormy little apples from New Zealand,” the NASA veteran continued. “There were eight of us and we carefully portioned those Apples so everybody got exactly three-eighths of a ping pong ball-sized wormy little Apple from New Zealand and it was the best Apple you ever ate.”

Colonizing our neighboring planet, his reasoning goes, would be even harder on the folks who set out to do it, likely beyond anything explorers have previously endured.

“It will be a very long time before Mars is able to produce even a wormy little ping pong ball-sized Apple,” Love told the Sun. “Much less a nectarine. Much less a day on the beach.”

It’s worth noting that Musk himself — who hopes to get “boots” on the Red Planet in the next decade — has said that colonization will be no walk in the park; he’s even admitted that some settlers will probably die in the process.

Love’s comments in mind, reliable food production isn’t the only issue that Musk’s Mars Ambitions face. Humans have yet to make it to the planet, so it’s difficult to really know how possible it even is for humans to survive there, let alone build a society — as of now, this is all purely theoretical. But for what it’s worth, Love doesn’t think that colonization is impossible. He just doesn’t think it’ll be fun.

“Mars ain’t no picnic,” Love added. “…I don’t think people are going to like it.”