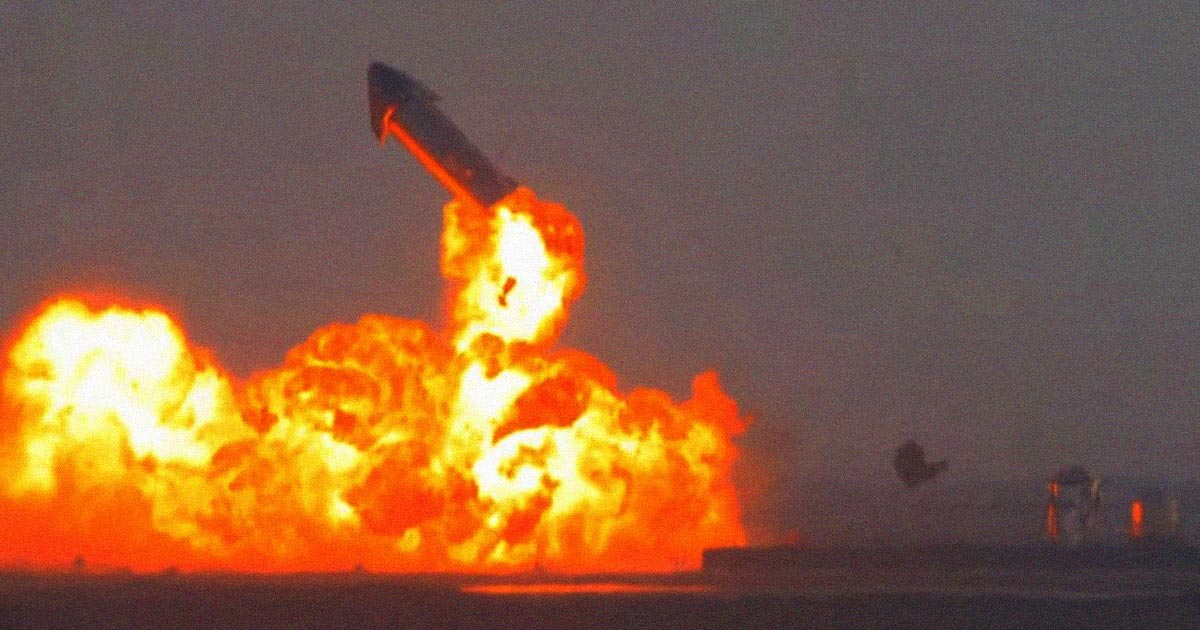 NASA really doesn’t want SpaceX’s Starship to blow up on the launch pad at the agency’s Kennedy Space Center in Cape Canaveral, Reuters reports — a potential disaster so severe it could cut off the United States from accessing the International Space Station.

The facilities in question, Launch Complex 39A, served as NASA’s “Moonport” to deliver astronauts to the lunar surface during the Apollo program. Now, it’s the only launch pad capable of sending astronauts to the ISS — on board SpaceX’s much smaller Crew Dragon spacecraft — from US soil.

Now, SpaceX wants to pick up where NASA left off in the 1970s and return astronauts to the Moon in the upcoming years with its nearly 400-feet-tall Starship and Super Heavy booster stack. But the risk catastrophe, it terms out, is palpable.

If SpaceX’s previous attempts to flight test early Starship prototypes are anything to go by, an explosion isn’t exactly out of the question. Several early prototypes have gone up in massive balls of fire over the last couple of years, dramatic failures that have led to giant chunks of rocket debris raining from the sky.

“We all recognize that if you had an early failure like we did on one of the early SpaceX flights, it would be pretty devastating to 39A,” Kathy Lueders, NASA’s space operations chief, told Reuters.

The company is already in the middle of constructing a Starship launch pad only several hundred feet away from Launch Complex 39A at the Kennedy Space Center.

According to Lueders, SpaceX is also investigating ways to make 39A more resilient to a possible explosion.

“SpaceX is working with us on those things,” Lueders told Reuters. “Because it’s also in their best interest to not have what is a pretty steady source of income for them become interrupted.”

The news comes after the Federal Aviation Administration (FAA) released its long-awaited environmental assessment into the space company’s Starship launch program at its testing facilities in South Texas, requiring the company to make substantial changes to the site.

While SpaceX has yet to send its gargantuan rocket into space, it’s only a matter of time until the Elon Musk-led company conducts its first orbital flight test — and NASA will be watching with gritted teeth.

More on Starship: Elon Musk: “Starship Will Be Ready to Fly Next Month”

HIV could be treated with single jab