Most dinosaurs were warm-blooded, study finds 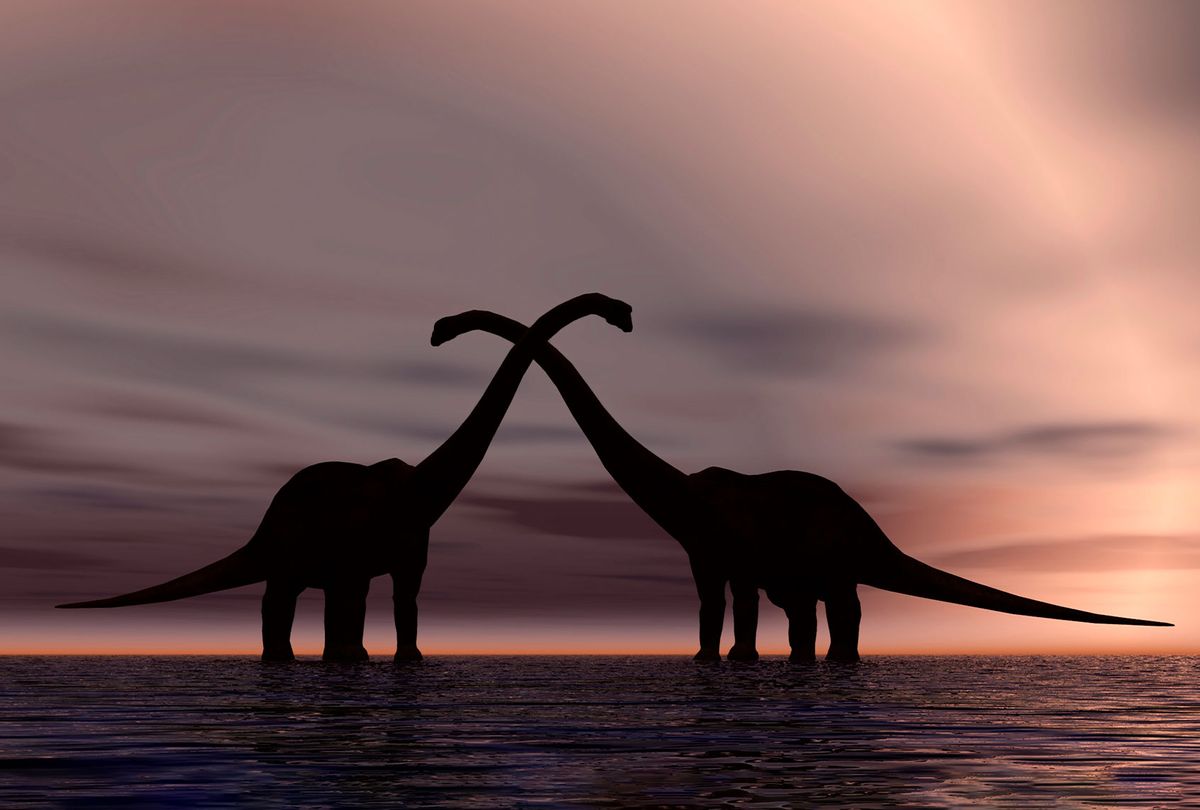 There is an iconic scene in “Jurassic Park” when a velociraptor’s breath fogs up a window as it searches for its prey. If the so-called “terrible lizards” (as “dinosauria” roughly translates to) were cold-blooded — you know, like actual lizards — this scene would have been inaccurate. Yet even though many things about the “Jurassic Park” franchise are factually questionable (not the least of which is the notion that bringing back dinosaurs from extinction is even plausible), the concept of warm-blooded dinosaurs may very well have been realistic.

At least, that is the argument of a new study published in the scientific journal Nature.

RELATED: The delicate evolutionary dance of dinosaurs and ancient plants

Their crucial piece of evidence is, quite literally, splotchy — the paleontological team led by Jasmina Wiemann, a postdoctoral researcher at the California Institute of Technology, analyzed the dark patches that often appear in fossils. Sometimes these patches are caused by oxygen reacting with lipids, proteins and sugars and forming waste products. Researchers deduced that more of these molecules would appear among dinosaurs that were warm-blooded, since warm-blooded animals have a higher metabolic rate and therefore require more oxygen. All they needed were samples from creatures both ancient and modern; for the former, they found femurs from pterosaurs and plesiosaurs.

Even better, the waste molecules are stable enough not to significantly deteriorate during the fossilization process. When previous paleontologists attempted to learn if dinosaurs were warm-blooded, they looked for growth rings or chemical isotope signals in the blood, both of which are less reliable because they can alter during fossilization. What’s more, because the processes for extracting that type of information can damage the fossils, scientists have been understandably wary about accumulating too much data in that way.

By contrast, the scientists working with Wiemann used Raman and Fourier-transform infrared spectroscopy, a method of probing the fossils that can reveal incredible detail about these animals’ biology. As Wiemann put it in a news release: “these methods work like laser microscopes, we can basically quantify the abundance of these molecular markers that tell us about the metabolic rate. It is a particularly attractive method to paleontologists, because it is non-destructive.”

This method of probing the fossils seems to have paid off handsomely. Using their approach, the researchers concluded that the high metabolic rates consistent with endothermy (that is, being warm-blooded) existed “in pterosaurs, ornithischians, sauropods and theropods well before the advent of energetically costly adaptations, such as flight in birds.” This means that a wide range of iconic dinosaurs were warm-blooded: Velociraptors and tyrannosaurus rexes were theropods, pterodactyls and so-called “monkeydactyls” were pterosaurs, triceratopses and stegosauruses were ornithischia, and brontosauruses and brachiosauruses were sauropods.

That said, the study also notes that warm-bloodedness comes in different flavors compared to how we think of it today.

“Although they had higher metabolic rates ancestrally, ornithischians reduced their metabolic abilities towards ectothermy,” the authors wrote. They ruled out the possibility that larger dinosaurs like sauropods and T. rexes used special forms of ectothermy (i.e., being cold-blooded) known as gigantothermy or mesothermy. “Giant sauropods and theropods were not gigantothermic, but true endotherms,” the authors explain, adding that “endothermy in many Late Cretaceous taxa, in addition to crown mammals and birds, suggests that attributes other than metabolism determined their fate during the terminal Cretaceous mass extinction.”

Wiemann’s views were backed up by another co-author on the team.

“The new proxy developed by Jasmina Wiemann allows us to directly infer metabolism in extinct organisms, something that we were only dreaming about just a few years ago,” Matteo Fabbri, a postdoctoral researcher at the Field Museum in Chicago, said in a news release. “We also found different metabolic rates characterizing different groups, which was previously suggested based on other methods, but never directly tested.”

The paper’s conclusion pointed the way forward for future scientists examining these questions. The authors noted that because warm-bloodedness in birds is “ancestral to pterosaurs and dinosaurs,” this suggests that they were neither gigantothermic nor mesothermic. They also noted that the “major clades of ornithischian dinosaurs secondarily reduced their metabolic rates towards those found in ectotherms today, suggesting these taxa had lifestyles more similar to nonavian reptiles than to modern birds or mammals.” Overall, this opens the path to a lot of research into how metabolism evolved in response to environmental factors.

For more Salon articles about dinosaurs:

Zelenskyy fires Kharkiv Security Service Head and hands him over…

In Pictures: Torrential rains and flooding kill dozens in Brazil