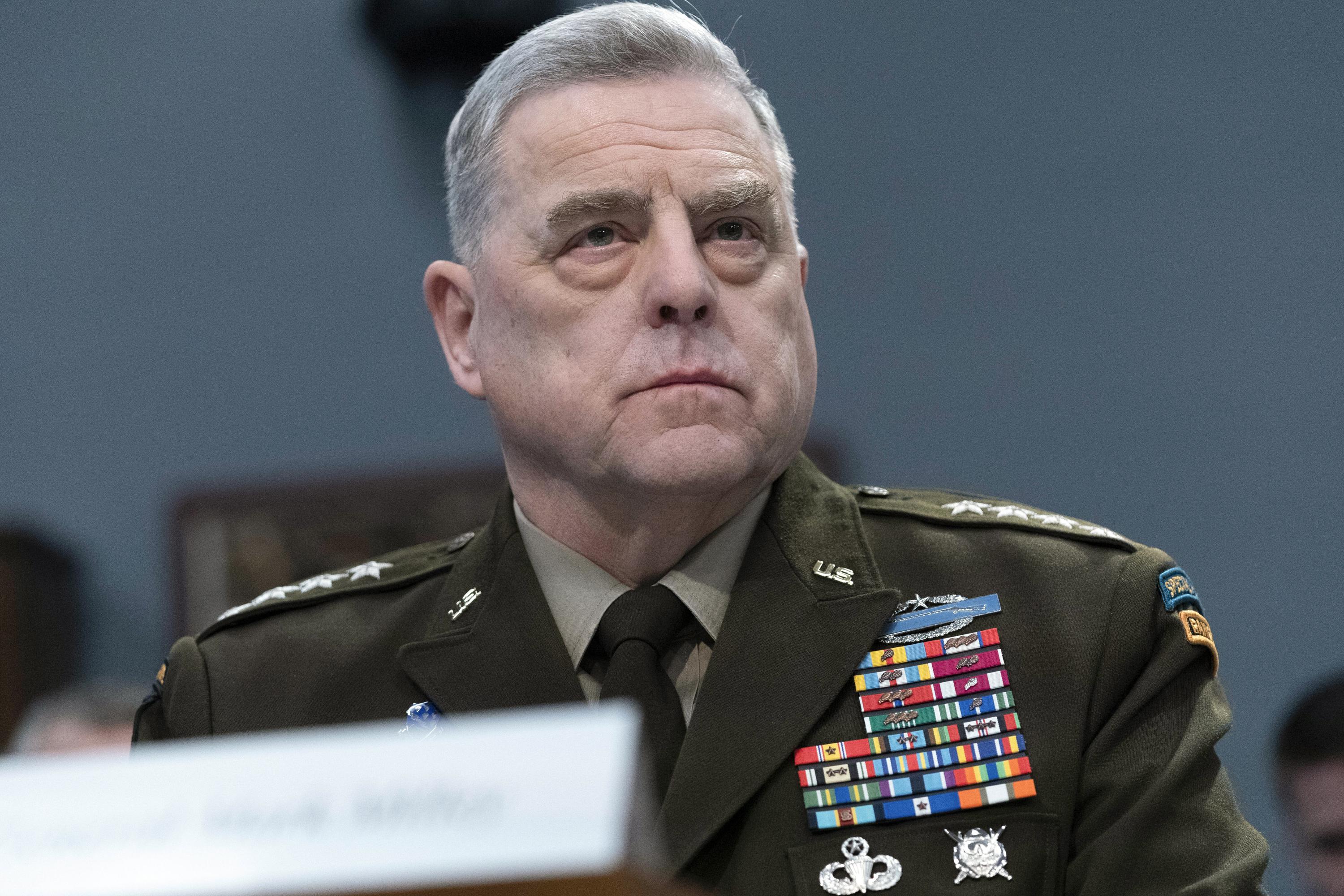 WASHINGTON (AP) — The top U.S. military officer challenged the next generation of Army soldiers on Saturday to prepare America’s military to fight future wars that may look little like the wars of today.

Army Gen. Mark Milley, chairman of the Joint Chiefs of Staff, painted a grim picture of a world that is becoming more unstable, with great powers intent on changing the global order. He told graduating cadets at the U.S. Military Academy at West Point that they will bear the responsibility to make sure America is ready.

“The world you are being commissioned into has the potential for significant international conflict between great powers. And that potential is increasing, not decreasing,” Milley told the cadets. “Whatever overmatch we, the United States, enjoyed militarily for the last 70 years is closing quickly, and the United States will be, in fact, we already are challenged in every domain of warfare, space, cyber, maritime, air, and of course land.”

America, he said, is no longer the unchallenged global power. Instead, it is being tested in Europe by Russian aggression, in Asia by China’s dramatic economic and military growth as well as North Korea’s nuclear and missile threats, and in the Middle East and Africa by instability from terrorists.

Drawing a parallel with what military officials are seeing in Russia’s war on Ukraine, Milley said future warfare will be highly complex, with elusive enemies and urban warfare that requires long-range precision weapons, and new advanced technologies.

The U.S. has already been rushing new, high-tech drones and other weapons to the Ukrainian military — in some cases equipment that was just in the early prototype phases. Weapons such as the shoulder-launched kamikaze Switchblade drones are being used against the Russians, even as they are still evolving.

And as the war in Ukraine has shifted — from Russia’s unsuccessful battle to take Kyiv to a gritty urban battle for towns in the eastern Donbas region — so has the need for different types of weapons. Early weeks focused on long-range precision weapons such as Stinger and Javelin missiles, but now the emphasis is on artillery, and increased shipments of howitzers.

And over the next 25 to 30 years, the fundamental character of war and its weapons will continue to change.

The U.S. military, Milley said, can’t cling to concepts and weapons of old, but must urgently modernize and develop the force and equipment that can deter or, if needed, win in a global conflict. And the graduating officers, he said, will have to change the way U.S. forces think, train and fight.

As the Army’s leaders of tomorrow, Milley said, the newly minted 2nd lieutenants will be fighting with robotic tanks, ships and airplanes, and relying on artificial intelligence, synthetic fuels, 3-D manufacturing and human engineering.

“It will be your generation that will carry the burden and shoulder the responsibility to maintain the peace, to contain and to prevent the outbreak of great power war,” he said.

“Consider for a moment that 26,000 — 26,000 — soldiers and Marines were killed in only six weeks from October to November of 1918 in the Battle of the Meuse-Argonne in World War I,” Milley said. “Consider also that 26,000 U.S. troops were killed in the eight weeks in the summer of 1944 from the beaches of Normandy to the liberation of Paris.”

Recalling the 58,000 Americans killed in just the summer of 1944 as World War II raged, he added, “That is the human cost of great-power war. The butcher’s bill.”

Thinking back to his own graduation, Milley paraphrased a popular Bob Dylan song from the time: “we can feel the light breeze in the air. And right now as we sit here on the plain at West Point, we can see the storm flags fluttering in the wind. We can hear in the distance the loud clap of thunder. The hard rain is about to fall.”