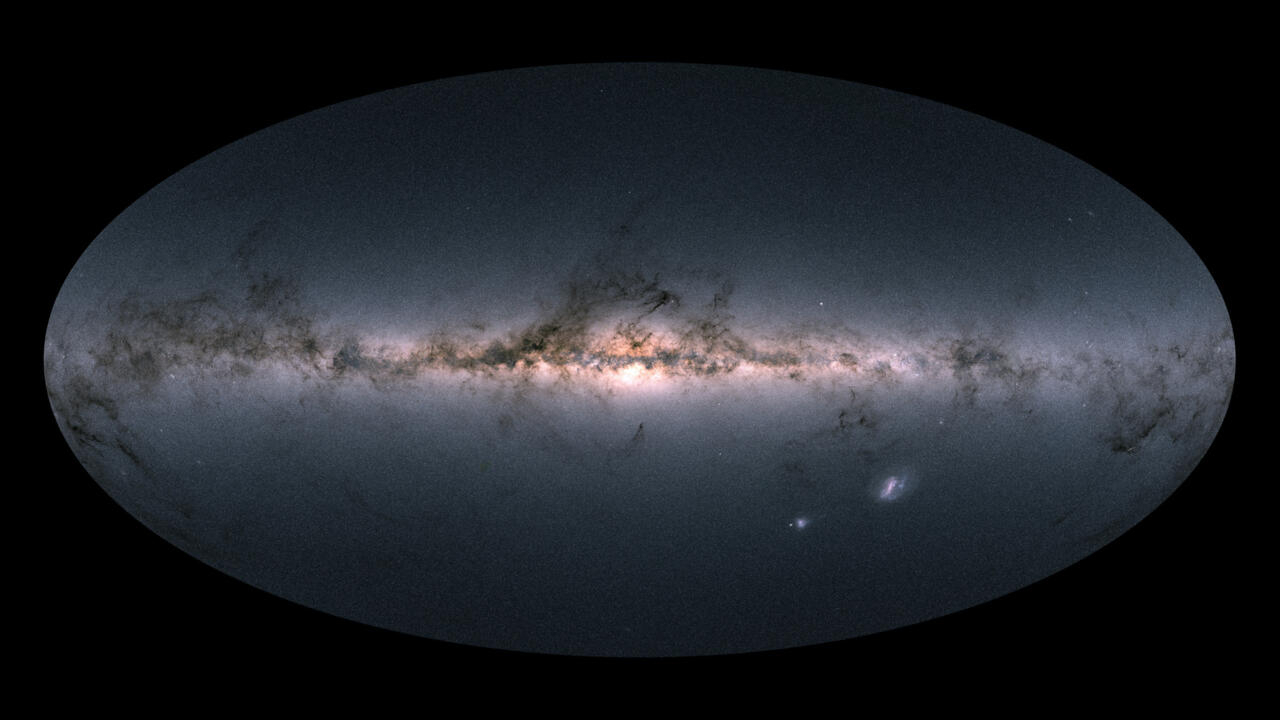 Paris (AFP) – The Gaia space probe unveiled its latest discoveries on Monday in its quest to map the Milky Way in unprecedented detail, surveying nearly two million stars and revealing mysterious “starquakes” which sweep across the fiery giants like vast tsunamis.

The mission’s third data set, which will be released to eagerly waiting astronomers around the world at 1000 GMT, “revolutionises our understanding of the galaxy,” the European Space Agency (ESA) said.

“It’s the Swiss Army knife of astrophysics — there is not a single astronomer who does not use its data, directly or indirectly,” said Francois Mignard, a member of the Gaia team.

Some of the map’s new insights are close to home, such as a catalogue of more than 156,000 asteroids in our Solar System “whose orbits the instrument has calculated with incomparable precision,” Mignard said.

But Gaia also sees beyond the Milky Way, spotting 2.9 million other galaxies as well as 1.9 million quasars — the stunningly bright hearts of galaxies powered by supermassive black holes.

The Gaia spacecraft is nestled in a strategically positioned orbit 1.5 million kilometres (937,000 miles) from Earth, where it has been watching the skies since it was launched by the ESA in 2013.

“Gaia scans the sky and picks up everything it sees,” said astronomer Misha Haywood of the Paris Observatory.

But it can still only detect around one percent of the stars in the Milky Way, which is about 100,000 light years across.

The probe is equipped with two telescopes as well as a billion-pixel camera, which captures images sharp enough to gauge the diameter of a human hair at a distance of 1,000 kilometres (620 miles).

It also has a range of other instruments that allow it to not just map the stars, but measure their movements, chemical compositions and ages.

“It provides a global observation of the positions of anything that moves in the sky, for the first time,” Haywood said, adding that before Gaia “we had a really restricted view of the galaxy”.

It also reveals the huge array of differences between stars.

“This diversity is extremely important, because it tells us the story of our galaxy’s formation,” he said.

“It also clearly shows that our Sun, and we, all belong to an ever-changing system, formed thanks to the assembly of stars and gas of different origins.”

The observation of “starquakes”, massive vibrations that change the shape of the distant stars, was “one of the most surprising discoveries coming out of the new data”, the ESA said.

Gaia was not built to observe starquakes but still detected the strange phenomenon on thousands of stars, including some that should not have any — at least according to our current understanding of the universe.

“Gaia is opening a gold mine for ‘asteroseismology’ of massive stars,” said Gaia member Conny Aerts.

Around 50 scientific papers were published alongside the new data, with many more expected in the coming years. Gaia’s observations have fuelled thousands of studies since its first dataset was released in 2016.

The second dataset in 2018 allowed astronomers to show that the Milky Way merged with another galaxy in a violent collision around 10 billion years ago.

The torrent of raw data is combed through by a team of 450 European scientists and software engineers using six supercomputers as well as “human-driven algorithms” as part of the Data Processing and Analysis Consortium, Mignard said.

“Without this processing group, there is no mission,” he added, because every day Gaia produces 700 million star positions and 150 million photometric measurements.

It took the team five years to deliver the latest data, which was observed from 2014 to 2017.

“We can’t wait for the astronomy community to dive into our new data to find out even more about our galaxy and its surroundings than we could’ve imagined,” ESA’s Gaia project scientist Timo Prusti said.

The final data set will be released in 2030, after Gaia finishes its mission surveying the skies in 2025.