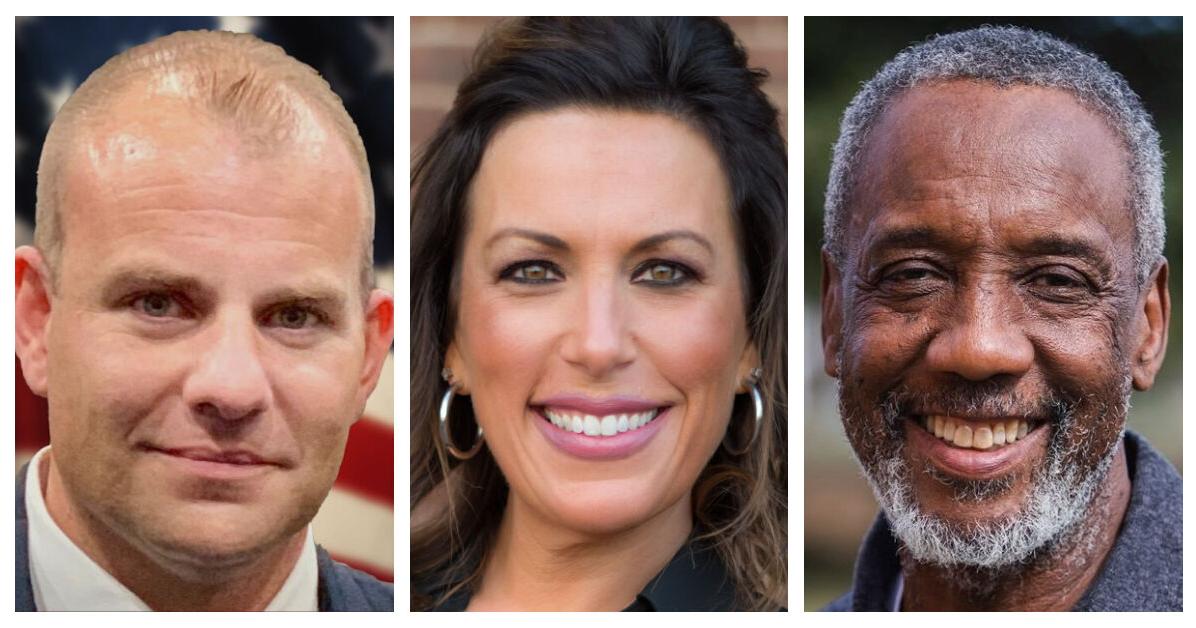 Marty Misjuns, Stephanie Reed and Larry Taylor will represent the Republican Party on the ballot after being chosen at a mass meeting this past weekend.

City council is made up of seven members, four of whom represent the city’s four wards and three of whom are chosen at large. This year, all three at-large seats will be on the ballot, with the three highest vote-getters earning the three seats on council.

Nelson first joined council in January 2010 as an interim replacement for Scott Garrett, who left council to join the House of Delegates, and was elected that May. Tweedy was first elected in 2014, while Wright was elected in 2018. All three have run as independents.

The Republican candidates for this year’s race were selected from a field of seven seeking the party’s nomination.

Misjuns, a Coast Guard veteran of more than 20 years, is a former Lynchburg fire captain, a Liberty University graduate and a resident of Lynchburg for more than 14 years, according to a news release from the Republican City Committee.

He told The News & Advance this week his goals if elected are to “restore law and order to our streets, create lasting tax relief for workers and families while preserving core services and support the Constitution and remove the woke agenda from local government.”

He said by funding the commonwealth’s attorney’s office, the city will be able to keep criminals off the streets.

Misjuns also criticized the current council for “frivolous spending,” which he said doesn’t prioritize the core services that citizens rely on in the city.

Lastly, he hopes to make Lynchburg a “sanctuary for the Bill of Rights, including the Second Amendment,” which he said will come by holding city government officials accountable to their sworn oaths.

Reed, according to the release, is an “Air Force spouse, ministry leader and a business owner who has a deep passion for the Lynchburg community.”

“Citizens across Lynchburg have made it clear that they are ready for a change,” Reed told The News & Advance this week. “I am grateful for the trust that has been placed in me and I am prepared to lead if elected this November.”

Reed operates a real estate investment company in Lynchburg and serves on the leadership team for the women’s ministry program at Thomas Road Baptist Church.

“It’s time for a change in our city,” Reed said about her campaign’s platform, “I’m running to ensure our neighborhoods are safer, to deliver a solid education for every child regardless of where they live in the city, to lower the cost of living, and to provide quality services to everyone who calls Lynchburg their home.”

Meanwhile, this won’t be Taylor’s first time on the ballot for council.

The news release from the Republican City Committee says Taylor is “a native Virginian and a long time Lynchburg resident.” He is a small business owner in the city, running his own carpentry business for decades.

Taylor told The News & Advance in an email his priorities are cutting taxes in Lynchburg, saying council can do it “because of the budget surplus.”

He also hopes to remove the stigma around public safety officials such as police officers by integrating them more into the community to show residents they are “just doing their jobs.”

Lastly, Taylor also stressed the importance of looking out for the elderly by cutting their taxes and ensuring they have the means to stay in their homes.

Life on Mars died out more than 1.3 billion years…

Brazil’s Lula gets married at 76 with a political touch