Lunar Eclipse 2022: What Are The Myths And Precautions For Chandra Grahan? 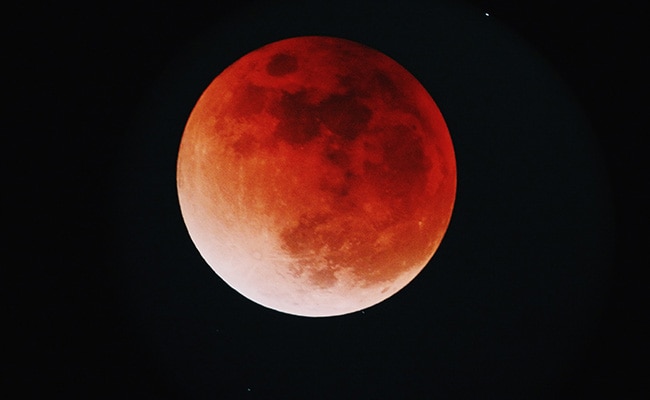 Chandra Grahan 2022: During a Total Lunar Eclipse, the Moon does not receive sunlight.

On the intervening night of Sunday (May 15) and Monday (May 16) the world will experience the first of the two lunar eclipses expected this year. A total lunar eclipse refers to a phenomenon in which the Earth is positioned between the Sun and the Moon. As a result, the Moon does not receive sunlight and experiences darkness.

During a total lunar eclipse, the entire Moon is present within the umbra, the darkest part of Earth’s shadow. For years, eclipses, both solar and lunar, have come to be associated with myths and precautions which do not have any scientific backing.

Here are some of the myths associated with the lunar eclipse:

1) Avoid eating during the eclipse: There is no scientific explanation behind why some cultures believe in abstaining from food. You can eat during an eclipse without fear, much like you would do any other day of the year. So, if you are hungry, you can safely grab a snack.

3) Avoid sleeping: After eating and bathing, sleeping is another activity that some cultures advise against during lunar eclipse. Given that the eclipse is experienced at different times in different parts of the world, it is safe to say that your sleep cycle will hardly be affected by the celestial phenomenon.

4) Healing of wounds slows during the eclipse: Some cultures believe that if you get hurt during an eclipse, the wound takes a long time to heal. As per science, there is no evidence between the Moon and your body’s ability to heal a wound. That said, be careful to avoid hurting yourself any time of the year.

5) You should not look at the Moon: Unlike a solar eclipse, there is no evidence of a lunar eclipse affecting the eyes. As per NASA, “you don’t need any special equipment to observe a lunar eclipse, although binoculars or a telescope will enhance the view and the red colour.”

The second lunar eclipse of the year will occur on November 8, 2022.

Scrutiny of Republicans who embrace ‘great replacement theory’ after Buffalo…

After snapping a photo of the Milky Way’s monster black…