“Jurassic Park” Gifts for the Dino Fan in Your Life 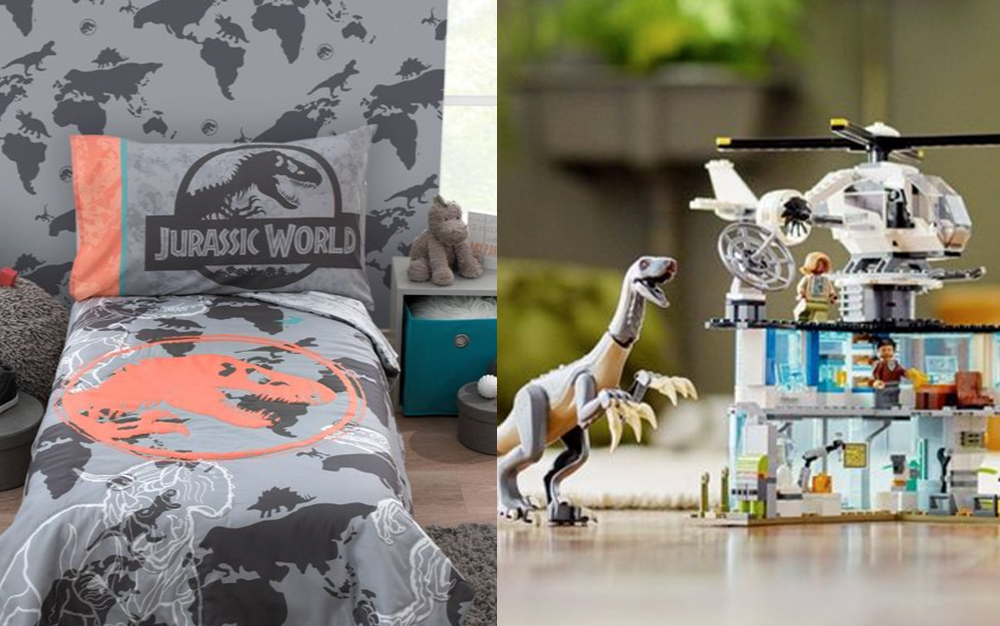 Sure, “Indiana Jones” is good, but do you know what would improve the adventure flick by a mile? A couple of Velociraptors. As far as Spielberg film franchises go, few inspire the passions that “Jurassic Park” does. The 1993 film classic has gotten a revival, introducing yet another generation to the magic of prehistoric reptiles, not to mention man’s hubris when it comes to messing with nature. For the dino-obsessive in your life, here are five must-have “Jurassic Park” gifts.

Key Selling Point: A high-quality vinyl figurine that’s small, but has enough personality to stand out wherever it’s displayed.

At this point, just about every fictional character has its own Funko figure, and most of them tend to run together with the same, hollow-looking face. This Gigantosaurus offering is definitely an outlier: it’s brimming with personality while looking equal parts ferocious and adorable. Each vinyl figure is a little over three-and-a-half inches tall and would look great on a desk, entertainment center, or other nerdy dwelling places.

Key Selling Point: The popular family board game is upgraded with higher stakes, to provide the same thrills as the movie.

Nothing brings families together quite like the cutthroat world of real estate, and “Jurassic Park” Monopoly is one of the most inspired versions of the game to play. Instead of properties, players acquire different dinos, playing as different fan-favorite characters from the hit film. Roll the dice, capture dinosaurs, and build fences around each of them to double your profits. This isn’t just another Monopoly palate swap. Every time players pass go, they can click a button on the included “Jurassic Park” entrance gate and hear the classic John Williams theme. Let’s see if any other version of Monopoly can do anything half as impressive.

Key Selling Point: This bedset is cool enough to wow any red-blooded toddler, without being totally tacky.

Dinosaurs are an almost universal part of childhood and in many cases, they are inseparable from the film franchise that made them big again. Forget the racecar bed frame, there’s nothing cooler for a kid than ensconcing themselves in dinos when bedtime rolls around. This attractive bed set is covered in familiar dinos from the movies in shades of gray, white, orange, and aqua. Each set comes with a thick and cozy comforter, fitted bottom and top sheets, and even a reversible pillowcase.

Key Selling Point: Building block fun gets a smack of the prehistoric, and loved by kids of all ages.

You’re never too old for LEGO, especially considering sets are getting cooler and cooler. LEGO “Jurassic World” Giganotosaurus and Therizinosaurus Attack is proof positive and lets you one of the many action-packed scenes from the movie. Along with the dinos in question and half the main cast, this set also comes with a helicopter, lookout point, and full-fledged dino lab. It’s fun to build, fun to play with, and looks great enough to display. Each 810-piece LEGO set is perfect for anyone who enjoys playing with the classic brick toys, which is just about everyone.

Does the release of “Jurassic World: Dominion” have you rewatching your favorites from the nearly 30-year-old franchise? Help a new generation appreciate the T-Rexes and Velociraptors Michael Crichton brought to the public imagination with the Boys’ “Jurassic World: Fallen Kingdom” Hot Shots T-shirt. The creatures on this T-shirt hearken back to the 2017 film, “Jurassic Park: Fallen Kingdom,” and they display their ferocity and grace in vibrant bright oranges and reds.

This post was created by a non-news editorial team at Recurrent Media, Futurism’s owner. Futurism may receive a portion of sales on products linked within this post.

Lawyers Ponder Whether Stealing an NFT Should Give You Legal…