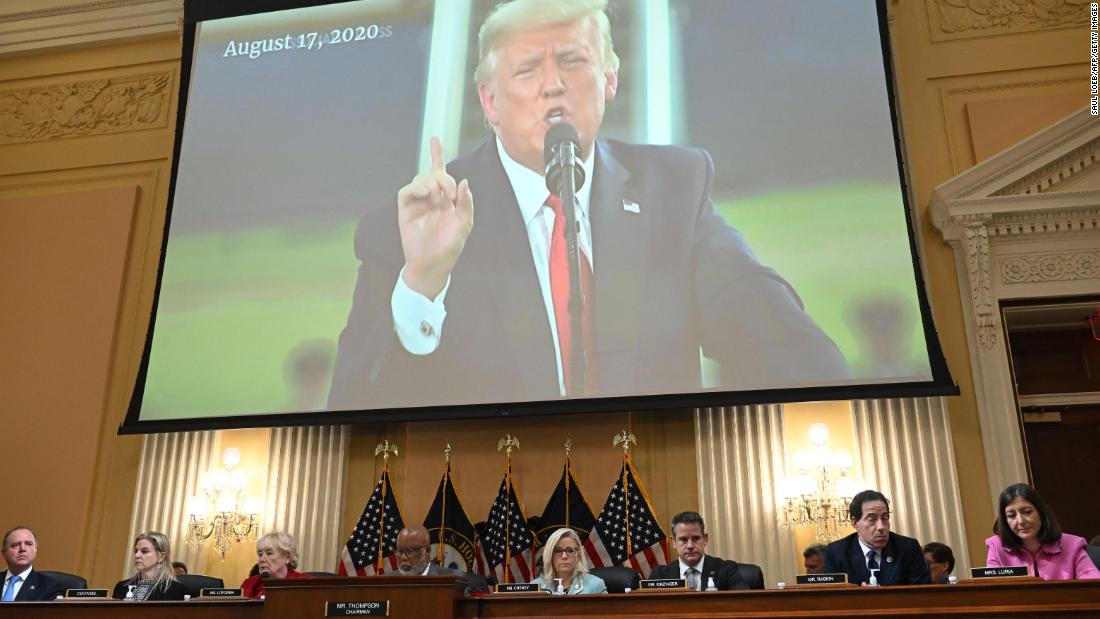 The next hearing is scheduled for Thursday afternoon at 1 p.m. ET. The committee also announced Tuesday, that it would have two hearings next week — one on June 21 and another on June 23 — both starting at 1 p.m. ET.
Democratic Rep. Zoe Lofgren of California, a member of the committee, told reporters that the reason for the rescheduling was due to “technical issues” and “not a big deal.”
“It’s just technical issues,” she said. “You know the staff, putting together all the videos. You know doing, one, two, three, it was overwhelming. So we’re trying to give them a little room.”
Lofgren said Wednesday’s hearing topic, which was focused on the Department of Justice, will get moved to another day, and Thursday will still focus on then-President Donald Trump’s efforts to pressure then-Vice President Mike Pence to refuse to certify the election results.
Democratic Rep. Pete Aguilar of California, who also serves on the committee, told reporters the hearing schedule has “always been fluid” and that the change in schedule gives the public “the time and space to digest” the information being presented.
“We’re going to move forward and have a Thursday hearing and then get ready for hearings next week as well,” Aguilar said. “As we’ve said, it continues to be fluid, and we’re getting ready for Thursday. We just want to make sure that you all have the time and space to digest all the information that we’re putting out there.”
The committee has been laying out its case for what it says is Trump’s responsibility for the insurrection. Monday’s hearing, the second of a series, prominently featured lengthy portions of former Attorney General William Barr’s deposition with the committee, where he described in detail why Trump’s fraud claims were “bogus” and why he has seen nothing since to convince him there was fraud.
The delay also comes a day after the committee’s chairman, Democratic Rep. Bennie Thompson of Mississippi that the panel will not make any criminal referral of Trump or anyone else to the Justice Department — a claim that met swift pushback from other committee members.
When asked about the open disagreement that played out Monday night between Thompson and GOP Rep. Liz Cheney of Wyoming, the committee’s vice chairwoman, Aguilar said Cheney was right to point out that members have not yet had the conversation about criminal referrals.
“We’re focused on the hearings in front of us, telling the full, complete story, as the vice chair laid out in her opening statement last week,” Aguilar said. “She’s also right that members haven’t had this conversation. When our hearings are complete, we’ll have a conversation on next steps, which includes ultimately the final report that we will put together, but also any other material that we seek, or any other letters that we send. The committee will have those discussions and deliberations.”
Trying to reframe Thompson’s comments, Aguilar added, “I read the chairman’s comments as just being hyper focused on the hearings ahead.”
This story has been updated with additional developments Tuesday.
Prev Post

Elon Musk to address Twitter employees for first time in…