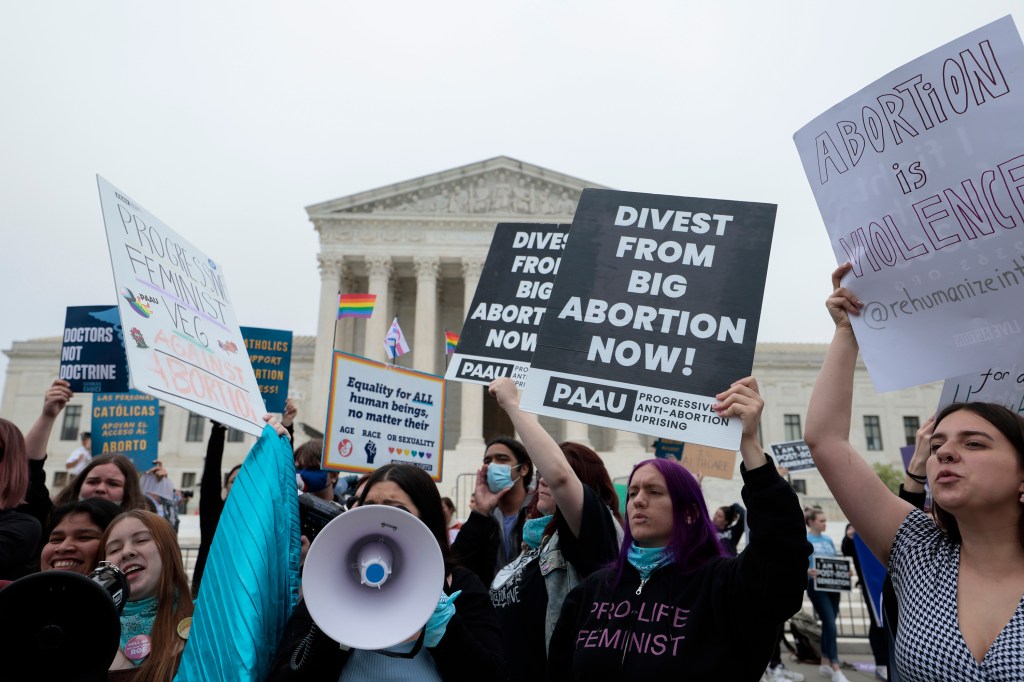 The late Supreme Court Justice Ruth Bader Ginsburg was a passionate advocate for abortion rights, but she was also one of Roe v. Wade’s most effective critics. “My criticism of Roe is that it seemed to have stopped the momentum on the side of change,” she said, explaining that abortion rights were gaining ground when Roe froze the democratic process in place and gave opponents a poorly reasoned decision to focus on.

If the Supreme Court actually overturns Roe along the lines of a leaked draft opinion — still a big “if” — the issue will move back to the democratic process, fought out by elected politicians. But because of Roe’s harmful effect, that process won’t look anything like the politics of 50 years ago.

Roe strengthened the movement against abortion. Previously, the issue divided the parties internally. In 1972, 59% of Democratic delegates voted down an abortion rights plank at their convention. George H.W. Bush’s father, Republican Sen. Prescott Bush, was the treasurer of Planned Parenthood. In 1967, California Gov. Ronald Reagan liberalized abortion laws. By 1976, he was apologizing for his mistake.

In the decades since, positions have hardened and the parties have sorted almost completely on the issue.

That alone doesn’t necessarily mean that reversing Roe won’t be the political boon to Democrats, which some might think it will be. But there’s ample reason for skepticism.

As Sarah Isgur recently wrote in Politico, Democrats in recent years have failed to make abortion rights a tool for turnout. Last year, a Texas law that severely restricted abortion by allowing private individuals to sue providers didn’t galvanize Democrats the way politicians such as Terry McAuliffe hoped in his failed bid in the race for Virginia governor (in part because Glenn Youngkin, the Republican winner, adroitly said he wouldn’t have signed the Texas bill).

More broadly, the voters most passionately invested in maintaining maximal abortion rights are already among the Democrats’ most reliable voters. For a real electoral backlash to work, Democrats need to pull in new voters who might otherwise not vote for them. A CNN poll conducted after the leaked draft ruling showed the GOP advantage on the generic ballot increased 6 points over the most recent one before the leak. That’s not dispositive, but it hardly points to an instant tsunami in favor of politicians supportive of abortion rights.

While the actual overturning of Roe alone may not yield the backlash Democrats hope for, it’s far more plausible that Republicans, liberated from Roe, will do something to spark one against their party.

For instance, a Republican effort to impose a federal ban on abortions after, say, six weeks seems inevitable (and quite hypocritical for many who spent years insisting that abortion should be a state issue). A federal ban would almost certainly fail — the last GOP-controlled Congress didn’t have the votes for a 20-week limit in 2018 or 2020 and that was when the Republicans knew it was a “free” symbolic effort without any chance of passage.

Various red states are poised to impose bans or near bans on abortion just as other blue states are likely to codify unfettered access to abortion. If you live in a state such as California, New York or Oregon, the leaked draft ruling would not restrict abortion access at all.

The reason political predictions are so hard is that neither party’s official position reflects where most voters are. Only 23% of Americans believe abortion should be legal under any circumstances while only 21% think it should be illegal under all circumstances. Everyone else is somewhere in the middle, largely favoring first trimester abortions and more restrictions after that. Bill Clinton’s formulation of “safe, legal and rare” captures where most Americans are — and always have been.

As a practical matter, the maximalists on both sides represent the respective bases of the parties. The question now is, how long will that last? If the court sends abortion back to the political arena, absolutism will no longer be an easy safe harbor for politicians, particularly ones with national ambitions. A lot of Democrats who favor abortion rights and Republicans who oppose abortion are almost certainly more moderate than the hard party line they’ve adopted out of expedience.

It will take a long time to unwind the polarization caused by Roe and the result will not please the most committed on either side. The next few years will probably be chaotic or worse, as the parties figure out how to keep their bases happy in a post-Roe world where politicians will be held to account for their positions on abortion. The only way out is through.

Jonah Goldberg is editor-in-chief of The Dispatch and the host of The Remnant podcast. His Twitter handle is @JonahDispatch.