Israel’s shifting narratives on the killing of Shireen Abu Akleh 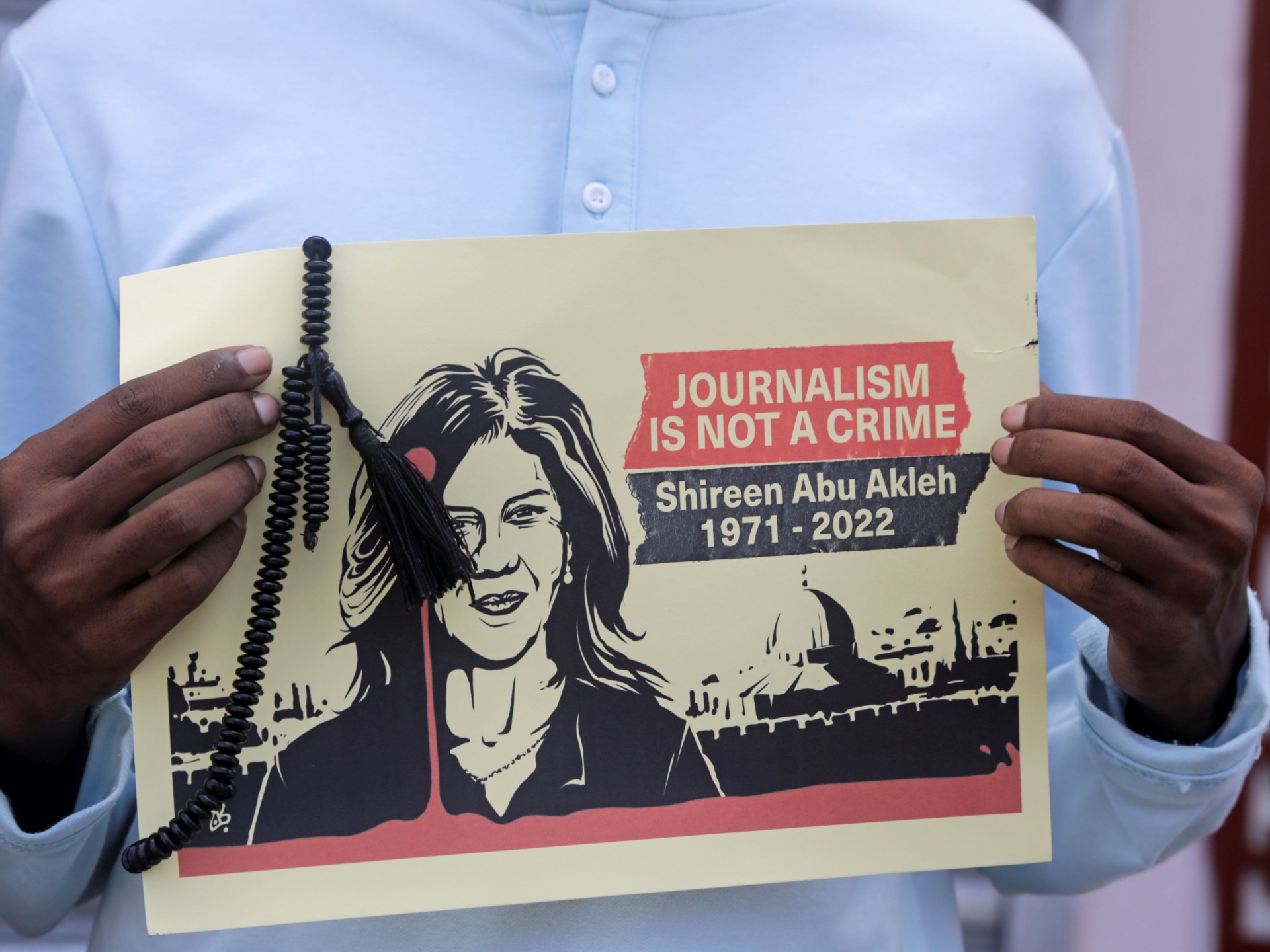 Changing its tune several times, Israel has now concluded it is ‘highly possible’ one of its soldiers killed Shireen Abu Akleh.

The Israeli government and military narrative on the May 11 killing of Al Jazeera’s veteran Palestinian journalist Shireen Abu Akleh has shifted numerous times over the past few months.

Witnesses, including Al Jazeera journalists, immediately said Israeli forces had carried out the shooting in Jenin, a claim that was backed up by numerous investigations by media outlets, human rights organisations, and the United Nations.

Yet Israel has sought to evade responsibility, most recently announcing on Monday that a military investigation had concluded that it was “highly possible” that one of its soldiers had fired the bullet that killed Abu Akleh. However, the military ruled out further investigation, saying they found no suspicion of a criminal offence.

That position marks a shift from previous Israeli narratives around the killing, which say several different versions of what happened given.

Here is a timeline of Israel’s shifting narrative:

‘The Palestinians did it’

“According to the information we have gathered, it appears likely that armed Palestinians – who were firing indiscriminately at the time – were responsible for the unfortunate death of the journalist,” Bennett tweeted.

The prime minister’s office even tweeted a video of Palestinian gunmen shooting in the refugee camp to back up their claims. The video was debunked within hours by Israeli human rights group B’tselem, who said the gunmen were in an entirely different part of the camp, and that no Palestinian fighter was in the vicinity of where Abu Akleh and her colleagues had gathered.

Israel then offered to conduct a joint investigation into the killing with the Palestinian Authority, which the latter rejected outright.

The next day, May 12, the government issued a statement where it decried “hasty” accusations of one of its soldiers being behind the killing as being “misleading and irresponsible”.

On May 13, Israel said that after its initial investigation of the shooting, it is possible that the bullet that killed Abu Akleh had come from an Israeli soldier who was firing at a Palestinian armed fighter near her.

Abu Akleh’s colleagues who were with her, as well as multiple investigations, have repeatedly stressed that there were no Palestinian fighters in the vicinity at the time of her killing.

‘We have the weapon that may have killed Abu Akleh’

The Israeli military on May 19 said it had identified a soldier’s rifle that “may have killed” Abu Akleh, but said that it cannot be certain unless the Palestinians turn over the bullet for analysis.

An Israeli military official said “we have narrowed down the [Israeli army] weapon that might be involved in the fire exchange near Shireen” but stressed that the source of the shot was unclear.

‘High possibility’ it was Israel

Israel announced the result of its own military investigation on September 5 and said that there was a “high possibility” that Abu Akleh had been “accidentally hit” by Israeli army fire. However, no criminal investigation would be launched.

After 45 years, the 5-billion-year legacy of the Voyager 2…