The military’s investigation into the death of Al Jazeera journalist Shireen Abu Akleh has been narrowed to focus on one particular exchange of gunfire between IDF troops and Palestinian gunmen on Wednesday in Jenin, according to a report Thursday.

This particular incident in question “took place about 150 meters from where the journalist who was hit by gunfire and killed was positioned. The incident took place at the time [that she was hit],” Channel 12 news reported.

“If there is a possibility that the journalist was hit by IDF fire, this was the moment,” the TV report said, stressing, however, that the probe has not yet been able to establish whether Palestinian or Israeli gunfire was to blame.

Abu Akleh, 51, was shot dead early Wednesday morning when covering clashes between Israeli troops and Palestinian gunmen during an IDF raid in Jenin. Palestinian Authority President Mahmoud Abbas has accused Israel of “executing” Abu Akleh. Israeli officials have declared that it is too soon to determine who fired the bullet that killed her. Defense Minister Benny Gantz was quoted telling foreign reporters on Wednesday night that it could have been “the Palestinians who shot her,” or fire from “our side.”

International voices including the US, EU and UN have called for a full investigation into the incident. The PA has resisted calls to join forces with any Israeli investigation and refused to turn over the bullet that killed her.

Prime Minister Naftali Bennett said Thursday that the PA was hindering efforts to reach “the truth.”

“I expect full, open and transparent cooperation,” he said, adding, “I also hope that the Palestinian Authority will not take any actions meant to obstruct the investigation or compromise its due process in a way that will prevent us from reaching the truth.” 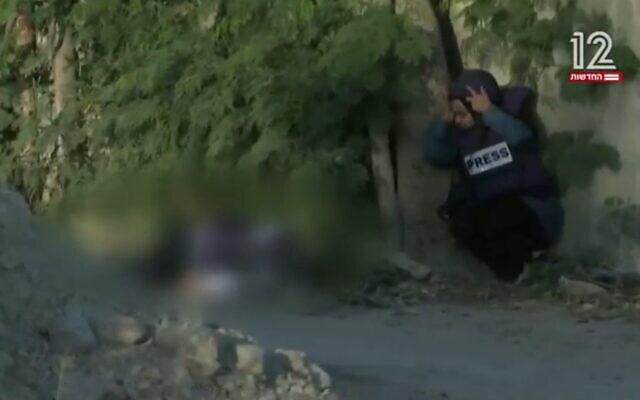 The site in Jenin where journalist Shireen Abu Akleh (blurred) was seen fatally shot early on May 11, 2022, as a colleague looks on. (Channel 12 screenshot; used in accordance with clause 27a of the copyright law)

Channel 12’s Nir Dvori, reporting on the specific exchange of gunfire at the heart of the IDF probe, said “there were Palestinian gunmen and they fired at IDF forces, who returned fire. And therefore, in the IDF, they are saying that if there is a possibility that the journalist was hit by IDF fire, this was the moment.”

He added, however, that it is “still impossible to know for certain whether the journalist was hit by Palestinian or IDF gunfire despite the proximity and the closeness between the exchange of fire in this incident and the place where she stood.”

Channel 12, which did not cite any sources, also said that Israel has asked the Palestinian Authority for the helmet Abu Akleh was wearing so it could be analyzed, but was rebuffed. The network also reported that all the IDF soldiers who were in the area at the time of the incident have been asked to hand in their weapons for ballistic analysis.

“Thus far, there is no finding that can definitively place a bottom line on this complex incident,” the report said.

The Kan public broadcaster reported Thursday that Israel got its hands on a CT scan of Abu Akleh’s body, which it is reviewing for evidence. But the network stated that, despite consultations with experts, it was unable to produce any findings or conclusions from the copy of the scan.

Israeli Ambassador to the US Michael Herzog told Kan on Thursday that he has explained to US officials that Israel is seeking to hold a fair investigation into the “tragic incident,” but is being rebuffed by the PA.

“We have been in a dialogue and we are still in ongoing dialogue with the American administration on this incident,” he said. “We have asked them to support our position, that there should be a joint Israeli-Palestinian investigation.” 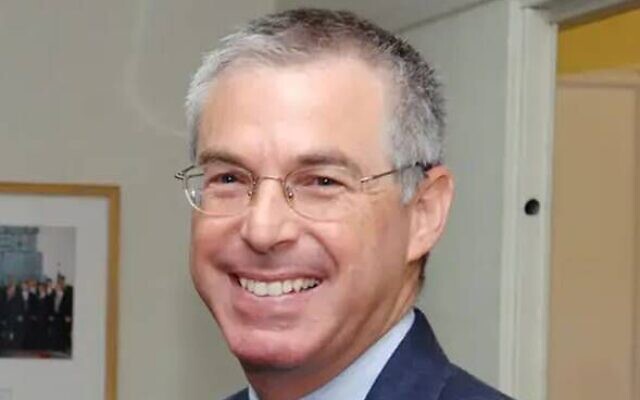 Israel’s Ambassador to the US Mike Herzog. (Courtesy)

But Herzog noted that he has made clear to US officials that the PA and others are “jumping to immediately accuse Israel of deliberately murdering” Abu Akleh, without proof.

Herzog said he offered for the US to also take part in an investigation into the death of Abu Akleh, who was an American citizen, a measure that is being considered, “but the Palestinians have rejected any efforts to cooperate so far.”

The Ynet news site reported that US officials are pressuring Palestinian leaders to cooperate with a joint investigation, but have so far been unsuccessful.

Israel has reportedly been deploying diplomats worldwide to connect with world leaders and impress upon them Israel’s willingness to participate in a joint investigation despite the Palestinians’ refusal to do so. 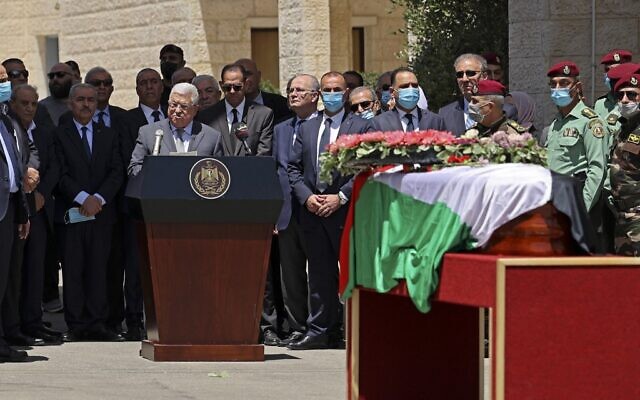 Palestinian Authority President Mahmoud Abbas at a ceremony for Al Jazeera journalist Shireen Abu Akleh who was killed amid clashes between Israeli troops and Palestinian gunmen during an IDF raid, in Ramallah, on May 12, 2022. (Abbas Momani/AFP)

Both Ynet and Channel 12 reported that Israeli officials have pointed out to the US that, even if Palestinians eventually hand over the bullet or other evidence, there is now no way of knowing if it has been tampered with.

The TV network reported that Israel is also asking the US to thwart any plans by the PA to bring the matter to the International Criminal Court.

PA President Abbas said earlier Thursday at a memorial for Abu Akleh in Ramallah that the matter would be taken to the ICC because Israel “cannot go unpunished.”

An Israeli source told Channel 12 that such a probe at the ICC “would be a foregone conclusion” rather than a fair investigation.

Abu Akleh is slated to be buried in Jerusalem on Friday.

Aaron Boxerman contributed to this report.

Video shows Russian soldiers shooting Ukrainian civilians in the back