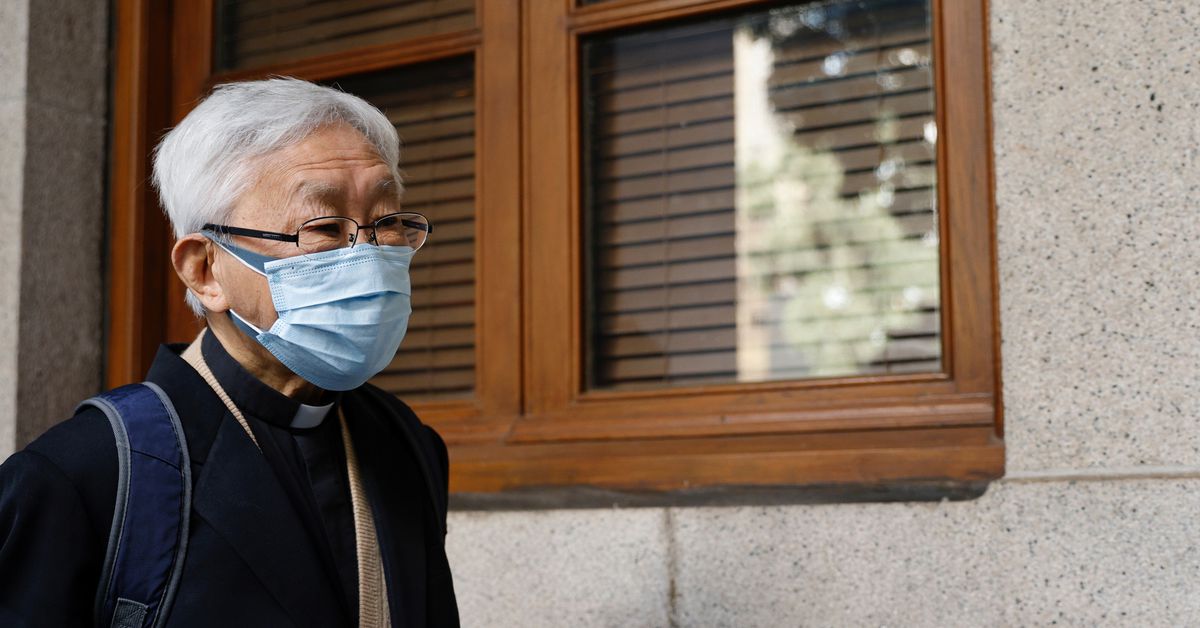 HONG KONG, May 11 (Reuters) – Cardinal Joseph Zen, one of the most senior Catholic clerics in Asia, and three others who helped run a now-disbanded Hong Kong fund for protesters were arrested by on charges of “collusion with foreign forces,” and later released on bail.

Zen, a 90-year-old former bishop of Hong Kong, was questioned for several hours on Wednesday at the Chai Wan Police Station close his church residence, before being released on police bail. The silver-haired Zen, wearing a white clerical collar, left without making any comment to the media.

Local police said in a statement that the national security department of the police force had arrested two men and two women, ranging from 45 to 90 years old for “collusion with foreign forces” on Tuesday and Wednesday.

Police said they were suspected of asking for foreign sanctions. All were released on bail with their passports confiscated under the national security law, police said.

Zen has long been an advocate of democratic causes in Hong Kong and mainland China, and has spoken out against China’s growing authoritarianism under President Xi Jinping, including a Beijing-imposed national security law, and the persecution of some Roman Catholics in China.

Hui had been arrested at the airport on Tuesday night, according to media reports, while Cyd Ho was already in prison over a separate case.

The five were trustees of the “612 Humanitarian Relief Fund” which helped protesters who had been arrested during pro-democracy, anti-China protests in 2019 to help pay their legal and medical fees.

Hong Kong has long been one of the most important Catholic beachheads in Asia, home to an extensive network of aid agencies, scholars and missions that have supported Catholics in mainland China and elsewhere.

The Vatican said on Wednesday it had learned of the arrest of Zen in Hong Kong “with concern” and was following developments “with extreme attention”.

Reuters was not able to immediately reach the others for comment. The Hong Kong Catholic Diocese gave no immediate comment.

The “612 Humanitarian Relief Fund” was scrapped last year after the disbandment of a company that had helped receive donations through a bank account.

The arrests come after police said last September that they had begun investigating the fund for alleged violations of the national security law.

“All I can tell you is that I think we’re increasingly troubled by steps in Hong Kong to pressure and eliminate civil society,” U.S. Indo-Pacific coordinator Kurt Campbell told a separate event in Washington when asked about the arrests.

“If you want to punish someone, you can always find an excuse,” Law wrote on his Facebook page in response to Hui’s arrest.

Critics, including the United States, say the security law erodes the freedoms promised by China under a “one country, two systems” arrangement when Hong Kong was returned from British to Chinese rule in 1997.

Hong Kong authorities, however, say the law has brought stability to the city after the 2019 mass demonstrations.